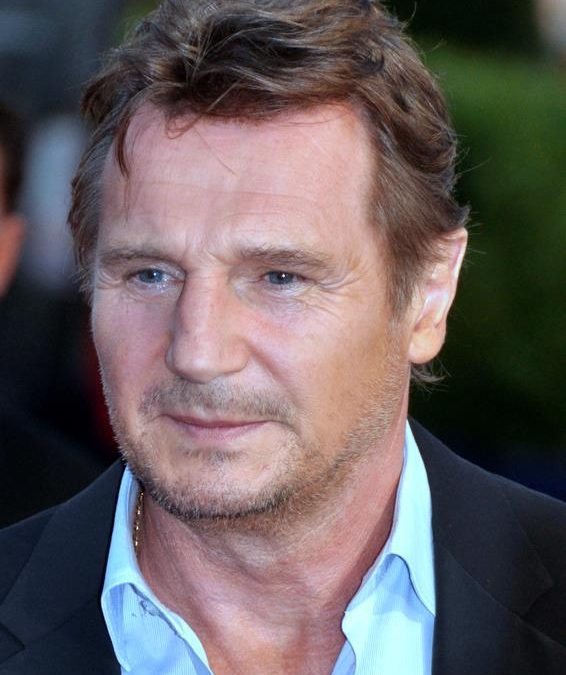 I’ve seen quite a few people of the regular sunscreen purchasing persuasion rather upset by the fact that people are upset about Liam Neeson.

The question I have seen from such people, time and again, is that if we cannot forgive something Neeson did long ago, how can we ever forgive anyone for anything? If Liam isn’t forgiven, they wonder, how can I expect people to forgive me for the bad things I’ve done?

The answer is: you can’t.

I’m not going to talk about Liam much. It’s been done. Instead, I’ll talk about my favorite subject: me.

I “came clean” about past bigotry around five years ago for a piece that appeared on the Good Men Project. In it, I talked about how in the 80s, as a teen, I engaged in homophobia. I apologized and talked about how it was wrong, and how I learned from it and don’t do that any longer, but rather battle against homophobia. Go me.

And that is what it was: a “go me” piece. I didn’t think it was at the time, but the Neeson thing has made me more reflective. I was seeking approval. I wanted people to tell me it was okay, to absolve me of these sins, to pat me on the back and say I was brave for having written such a piece.

And that’s what happened. Mission accomplished. Go me.

I’m not saying it was a fake piece. It was a genuine apology full of real feelings, but it was missing something. Something big.

It was all about me, and not those I had hurt. Told you, I am my favorite subject. Oops.

I didn’t talk about the damage that homophobia did and does. I didn’t discuss who I may have hurt or how it made them feel or what lingering pain they may have. When I got the kudos for the piece, I never imagined there were members of the LGBT community who read it and said, “Too little, too late. Fuck this guy.”

But it was the 80s. I was a teen. I’m not like that anymore. I’m a champion for LGBT rights now.

Tough shit. The stuff I did leaves scars that don’t always fade.

Five years ago, had I been aware that there were people who read that and thought I should eat shit, I’d have been upset. I’d have tried to defend myself, to plead my case. I’d not understand why they couldn’t just let it go. I’d have felt I deserved that forgiveness, earned it.

But I’ve been reading a lot of responses from people of color to the Neeson debacle and believe I have gained some insight. I’m not going to speak for a community that I am not a member of. Rather, I will say one simple thing:

The aggrieved have the right to stay aggrieved.

Yeah, yeah. There is that stuff about holding onto grudges not being healthy. But it’s not your place to tell others how to feel, especially when they’re part of a group that has been chronically victimized, and you’ve participated in that victimization.

The aggrieved have the right to stay aggrieved.

It just means there will always be people who will hold that past against you, as is their right. Your past is not a slate that can be wiped clean.

The best thing is to have never committed the transgression in the first place. Second best is to not do it again, to be better, to help everyone be better.

You cannot expect forgiveness from others, but you can work on forgiving yourself, and trying to be a better human moving forward.