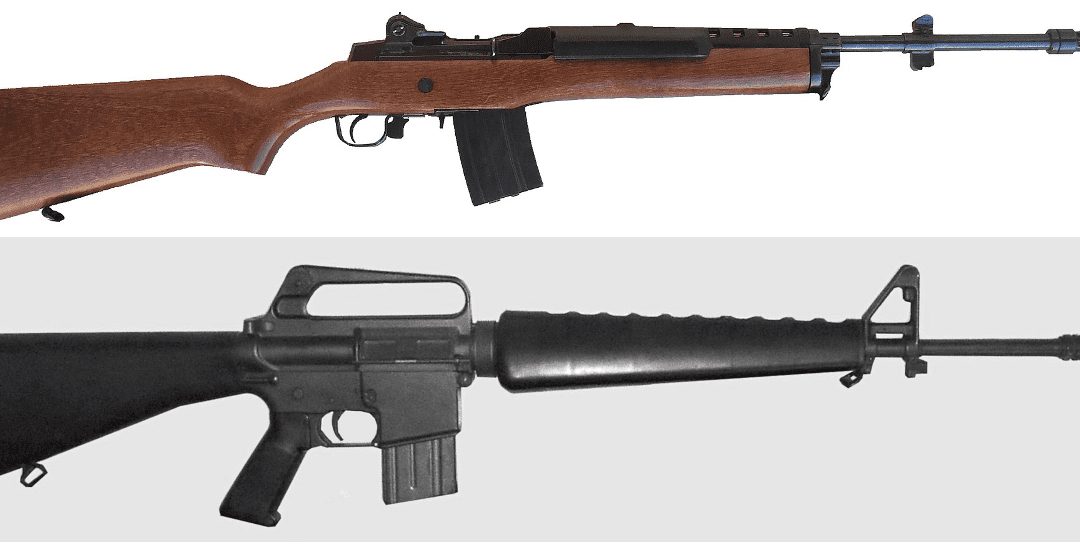 I’ve lived in Canada for all of my almost 52 years, and I grew up around guns in northern British Columbia, my dad was an avid hunter and still gets the odd deer. I like guns. They’re both fun and useful. When you’re spending all summer in the middle of nowhere with no TV, there are only so many books you can read, and wandering the forest with a .22 can be a good way to pass the time.

One of the things my father drilled into my head, besides gun safety, is the difference between a firearm and a weapon.

My dad has firearms. Firearms are tools. They are specifically designed and used for practical purposes such as hunting, protecting livestock from predators, and target shooting.

Weapons have a different design, and a different intention. They are made to kill human beings. My father owns no weapons and does not support owning them.

The Nova Scotia massacre has led to a sweeping new ban of weapons by Prime Minister Trudeau, and this has many people upset. There are a few things about this I wish to address.

One is the banning of a specific, popular weapon: the Ruger Mini-14.

This weapon was used to murder 14 people in 1989 at Ecole Polytechnique in Montreal. It is a semi-automatic weapon; you can fire rounds as fast as your finger can pull the trigger. At the time, high-capacity magazines (such as those that hold 30 rounds) were permitted in Canada, which is what the murderer used. After the massacre, Canada changed the law to limit semi-automatic magazine capacity to only 5 rounds. Many were upset about that.

This is taking the law a step further by banning the weapon altogether. There are a couple of reasons why this makes sense. One is that high-capacity magazines are not that difficult to smuggle into Canada compared to smuggling in an illegal weapon. Only banning the magazines was a partial measure that wasn’t too difficult to get around.

The other is that such a weapon is not necessary as a hunting tool. It’s overkill. The simple fact that it is overkill is what makes it cross the threshold from firearm and into being a weapon. Granted, this is a personal value judgement, and not everyone will agree with my assessment. Especially since the Ruger Mini-14 doesn’t exactly look like a weapon.

It looks a lot like a hunting rifle. But looks are deceiving. Functionally, the Ruger Mini-14 is no different than the military-style looking AR-15, which is often the weapon of choice for mass murderers in the United States. They are both semi-automatic rifles that (usually) fire the same caliber ammunition and are capable of holding 30-round magazines. They just look different.

No hunter needs a semi-automatic rifle.

Hunting isn’t war. The animals don’t shoot back. You’re not trying to kill as many of them as you can in as little time as possible. For non-military persons living in Canada, semi-automatic rifles are not necessary for any aspect of living.

They might be fun to own but having fun with guns is not a right in this country. It is a privilege. And privileges are weighed against the common good of society. And the common good is better served by banning such weapons.

Another matter I’d like to address is the impetus for this ban: The Nova Scotia massacre.

Much is being made by weapon aficionados about how the murderer obtained his guns illegally. That may seem a valid point, but the reality is that this is how politics gets done. These weapons are unnecessary in Canadian society and have been for a long time. A horrible, visible tragedy took place which allows public opinion to be overwhelmingly in support of taking fast action to change the law. Legal access to semi-automatic weapons may not have been the direct cause of this massacre, but it could be for others.

As far as the “if you outlaw these weapons only outlaws will have these weapons” argument goes, uh, yeah. That’s the point. And fewer people having them is better than many, because guns get stolen and there are multiple examples of law-abiding citizens transforming into mass murderers. This new law does not prevent measures also being taken to make it more difficult for criminals to get access to such weapons. It makes it easier to keep such weapons out of criminal hands.

We, average Canadian citizens, do not need such weapons. The risk of them remaining available outweighs the rewards of legal ownership for the small percentage of people who desire them. We’re not allowed to own grenades or flamethrowers or bazookas or tanks either. I’m sure there are non-military people would find those fun things to own as well, but there is a line for what lethal implements citizens are allowed to own.

All that happened was that the government moved the line, made it a bit more restrictive, because there was good reason for doing so. If you don’t support the move, I understand why you’re pissed, but this is how democracy works. Most Canadians don’t want these types of weapons as part of our society any longer, and our wishes have now become law.