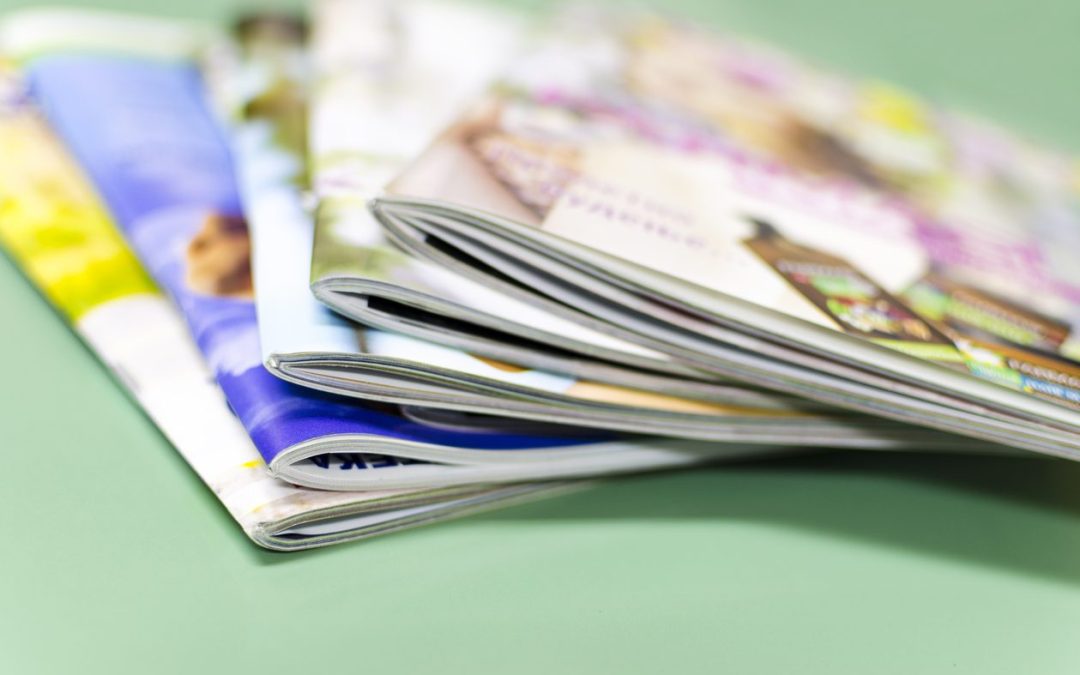 The grocery store checkout seems specifically designed to make you hate yourself.

So many magazines, so much focus on how ugly everyone is, you included. If you’re female, you’re too fat, and for the fellas, we’re not nearly buff enough. Have you noticed for men, it’s about adding, and for women, subtracting?

Magazines targeted at women want them to “lose” or “trim” or “tighten,” whereas for the men’s magazines it’s about “adding inches” or “bulking” or “building.” Even when it comes to weight loss, males are sold on how to “get” ripped abs. Interesting side note: this bigger vs. smaller mentality applies to genitalia as well. Men are marketed to being bigger, and labiaplasty is all about trimming away “excess.” Geez.

And the weight loss claims are all in the realm of science fiction, promising more than a pound of fat lost per day, often with Dr. Oz’s smug visage present to lend credence to a proclamation that defies the first law of thermodynamics (unless you weigh more than a NFL lineman and are chained to a treadmill while fed only small amounts of broccoli and boiled chicken breasts). By comparison, your perfectly reasonable dropping of one pound per week makes you a total failure.

Then you compare yourself to the Photoshopped celebrities, and feel even worse, until you see the “celebrity body disasters” issue of a collection of toilet paper masquerading as a magazine. In it you’ll see paparazzi-snapped photos of a “Sunken stomach!” and “Botched breasts!” and “Skin disease!” as well as a “Freaky facelift!” and a “Belly nightmare!”

I guess you can’t have celebrity-shaming schadenfreude without lots of exclamation marks. Inside these magazines are advertisements for miracle weight loss solutions, many of which have been seen on the Dr. Oz Show.

Disgusted, you turn away … and are faced with row upon row of chocolate bars and potato chips. You just can’t win.

But it’s not just the magazine rack at the grocery store. The Internet wants to make you feel bad about the way you look as well, just so they can sell you a solution. Surely, you’ve seen the poorly drawn cartoon of the woman grabbing her belly fat in disgust, and don’t forget the guy who is selling a “shortcut” to seeing your abs who shames you for being “weak and puny.” I think the solution involves “one weird trick,” and that trick is recurring charges to your credit card.

It’s not just from the neck down, either, as wrinkles are also something to be ashamed of. I believe they have a singular unusual method for solving that one too.

Jillian Michaels tortures obese participants on the train wreck game show The Biggest Loser, but instead of being vilified for her fat shaming, she achieves fame and riches, and earns the moniker of “America’s Toughest Trainer” while promoting bias against the overweight.

But maybe those fatties just need a bit of shaming to get off their expanding butt cheeks to get in shape? Uh, no. In reality, facing stigma over one’s weight actually increases stress and is detrimental to mental health. What’s more, it has been found that discriminating against people for having obesity doesn’t lead to weight loss, but the opposite: it causes them to gain weight.

And it’s not just fat that is shamed. Now people are shamed for being “too thin,” and some say bodybuilders “look gross” and “must be on steroids.” Perhaps they are chemically enhanced, but why all the hate?

Hate sells. It’s the marketing strategy of “You are broken, but I can fix you. Buy my product.” In order to get you to fork out mega bucks for some miracle weight loss aid, wrinkle remover, muscle maximizer or genitalia grower, marketers must first make you feel bad about yourself to get you to reach for that credit card to solve a problem you didn’t know you had.

A desire for self-improvement is admirable, but be careful where you look for it. And don’t start from a place of self-loathing, but instead of aspiration. You can aspire to be your own version of awesome, without having to listen to any advertiser whose shtick is all about heaping criticism.