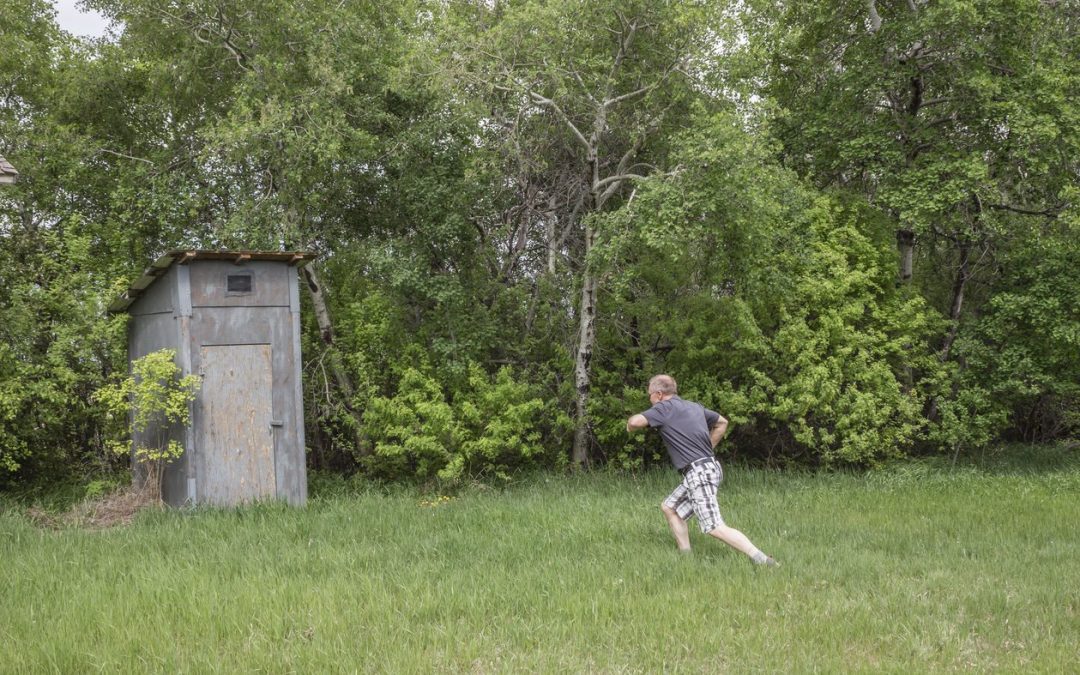 Have you ever had one of those things happen where you said to yourself afterwards, “Yeah, I’m never going to tell anyone about that.”

This is that story.

It’s a story about poop.

Poop happens to runners sometimes. There is a picture on the Internet that you don’t want to see, because once you have, it cannot be unseen.

Actually, there are probably about 50 billion pictures on the web that meet the above description, but the one I’m thinking of has to do with a guy running a race. This guy had some digestive issues during said race.

It’s the picture of the guy wearing bib #26. I don’t think I’ve ever wanted to finish a race that badly in my life. I would have called it a day. Actually, I would have changed my name, got plastic surgery and moved to another country.

My excremental story was from a few years ago, when I still did runs in the evening while my kids were in karate class. I can’t quite recall the level of dumbassery I was experiencing before this run that prompted me to scarf down a large steak, but that was most certainly the cause.

Long story short, I was 9K into a 10K run and it hit me like a coked-up rhino in full charge. There was absolutely no inkling that this was coming, because I’d passed by the local health club – a place where I was currently a paying member and therefore had every right to turn their toilets into a toxic waste dump – just a kilometer earlier. If I’d had any signs of impending fecal doom, I would have gone there.

But no, everything felt fine until the 9K mark, when things very suddenly began to feel not fine.

In an instant, my guts went Chernobyl. Uh, dude, my colon said, You need shit, like, RIGHT NOW!

“No!” I said back. “It’s only a kilometer to my kids’ dojo.” Then I was like that whiney guy in Predator who got hit in the chest with a booby trap and Billy said, “He’s busted up pretty bad.” You know the guy? He wailed, “I can make it!”

I began what I call the run-clench-pray. And that’s when the universe started fucking with me.

What happened? My ipod Shuffle. It decided to mess with my head. It picked a song by Stevie Nicks.

That song is called “I can’t wait.”

But Stevie was right.

I ran across the pedestrian overpass of a busy roadway, and had visions of a massive flood of diarrhea evacuating the premises and spilling over the edges onto the cars below. I could see the headlines of the next day’s local newspaper proclaiming: “Poop rains from the sky! Is this the apocalypse?”

I was only about 300m from the dojo, and was still praying that I could make it. 250m now, and that was it. It was time. Only a measly quarter of a kilometer left, and I was all done with the labor. The baby was crowning. It was either shit my shorts, or drop them.

By some small mercy, I was in a somewhat private area. It was a small section of park between two residential areas. There was a hill covered in rough grass right in front of the running path, but in looking right and left I could see houses on either side of me. To my right, the nearest house was at most a hundred feet away. I looked quickly to make sure no one was coming, pulled my shorts down to my ankles …

Are you sure you want to keep reading this? Seriously, what the hell is the matter with you?

I knew that if I tried to squat and do this it was just going to end up all over my shorts and legs anyway. This kind of oh-my-god-must-having-a-running-poo never comes out clean. It comes out like a volcanic eruption. It comes out like that deleted scene from The Exorcist where Linda Blair sent projectile diarrhea into the priest’s face, because Satan is bad.

And so, I sat on the grassy knoll (because grassy knolls are where bad things happen), my ass pointed downhill, lifted my ankles off the ground to keep my shorts away from the impending Exxon Valdez disaster, and let go with a river of excrement that torched the grass like flowing brown lava.

It was horrible. I kept looking left and right to make sure no one was coming. I should note that I would see people on this path all the time. It was a miracle no one came by.

I expelled about three-quarters of the contents of my bowels, shuffled up the hill on my ass to get away from the mess, and then sacrificed one half of a pair of $16 running socks to wipe away the nastiest of the toxic sludge.

Feeling more shame than the time I peed my pants in second grade, I pulled up my shorts and hobbled the last few hundred meters to the dojo.

And again, I barely made it. I wasn’t done. The horror was not over. Linda Blair’s demon shit had not been fully exorcised. More prayer was needed. I had to confess to a porcelain priest.

I went into the dojo and shuffled past an entire class of little karate kids while smelling like a week-old beached whale to get to the bathroom. For once, the Lord smiled upon me. The bathroom was empty.

The rest of the foul substance, along with about three meters of small intestine, made it into the toilet, and my underpants went straight into the garbage can. I don’t know how long I was in there, but the class had been still going when I came in, and when I waddled out (after a thorough butt and hand cleansing), my kids said, “What took you so long? We’ve been waiting forever.”

Back at home, the shower lasted 20 minutes. The shame is something I can never wash away.