What’s to Be Done about Milo? 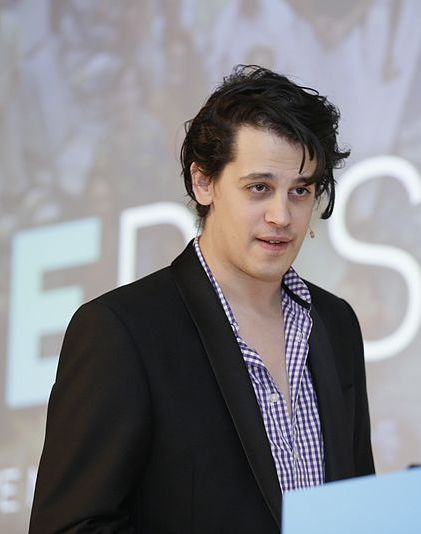 A good place to start with Milo would be giving him a book.

Milo Yiannopoulos is a two-time college dropout who uses his homosexuality and Jewish heritage to craft a brand of novelty hatred. He’s also not terribly bright.

Did you watch this part of Milo’s appearance on Bill Maher? Larry Wilmore said to Milo, “Go fuck yourself.” Know that when someone insults another for being a worthless fuckpuddle it does not invalidate their argument. Larry talked circles around Milo. Wilmore is obviously better educated and far more intelligent than Yiannopoulos. The latter’s arguments are unsubstantiated and poorly articulated.

Milo is a stupid person’s idea of a smart person.

It is unsurprising that Milo is not intelligent when examining the research on bigoted beliefs. In 2012, a large-scale study of 15,874 people was published in Psychological Science that asserted “cognitive abilities play a critical, albeit underappreciated, role in prejudice.” Simply put for the Milo fans, the study found that lower intelligence scores in childhood translated into higher rates of racism in adulthood. It also determined that poor abstract-reasoning skills equated to higher levels of homophobia as well as to embracing authoritarian values.

So, Milo has the dumb. What’s to be done about him? Many have said we should ignore him. On the other side, we have people actively encouraging rioting to prevent Milo from speaking. My opinions on Milo lie in the middle.

If you want to ignore Milo, that’s your right. I don’t blame you. He’s a toxic individual and pretending he doesn’t exist can be a good for one’s mental health. However, telling those who oppose Milo’s views to “just ignore him” isn’t helpful. Milo is here. He’s spewing evil and lots of people are listening.  Enlightened people ignoring him will not make him go away. I choose to fight, legally. Breaking the law is something I do not advise. Speaking of law, let’s clear some things up about freedom of speech, as it pertains to the First Amendment of the United States Constitution.

Freedom of speech is only protected from government restrictions, not restrictions imposed by private individuals. The actual First Amendment begins with the words “Congress shall make no law …” The government can’t make a law that says “Brits named Milo cannot speak on American campuses.” Conversely, freedom of speech also entails that people have the right to raise legal hell to prevent Milo from speaking on their campus.

Note the use of the word “legal.”

Breaking windows is against the law. Yet it worked in terms of preventing Milo from speaking at Berkeley because of the threat of violence. An argument can be made that it also played into Milo’s hands by raising his profile further.

Guess who wasn’t impressed with the rioting? The ACLU. Here are some snippets of an interview Lee Rowland, a senior staff attorney with the ACLU Speech, Privacy and Technology Project, did with NPR on the subject:

the case for Mr. Yiannopoulos is the same as it would be for any speaker, no matter how despicable or offensive we might find them, which is the First Amendment protects our right to speak out on matters of public concern, to talk about things that are as offensive as the things that Mr. Yiannopoulos says without censorship by the government. And ideally, as in his case, without people physically preventing him from speaking at a place where he had every right to speak.

She then explains that she knows this is not always a popular opinion, but that the First Amendment, to be effective, needs to apply to even the lowest of the low:

one of our most high-profile and controversial moments in the ACLU’s history was defending the rights of literal self-proclaimed Nazis to march through the streets of Skokie, a town made up largely of Holocaust survivors.

Really? We have to let Nazis march? That fucking sucks. I guess it’s a case of taking the good with the bad.

Now Milo pretends to be a champion of free speech, but what he really does is whine about being criticized for his poorly thought out, unsubstantiated and hateful rhetoric. News flash: If the only time you trot out freedom of speech is to complain about how people call you out for being a bigoted asshole, then what you really care about is being able to spew racism and sexism consequence free.

It is true that the content of his speech at Berkeley was going to be problematic, in that he promised to out undocumented immigrant students. The rioters felt they had no recourse but to riot to prevent this from happening, because legal means to prevent Milo’s speech, which would have put these immigrants in danger, failed.

Yeah, that is a tough one. Still, I have a hard time coming down on the side of breaking the law. I, personally, would not riot. I’ll get to what I would do in a moment. Before that, let’s talk about 1930s Germany and the idea that if people had fought back using violence, Hitler’s rise could have been prevented.

The reality is that there WAS violent resistance to the rise of Hitler and Nazism, for all the good it did. In this thought provoking piece Jorgen Johansen explains the larger issue:

The racist ideology that certain peoples are worth more than others cannot be defeated by military means. That must be done by education, public debate, and bringing up new generations in a spirit of enlightenment.

Why didn’t ordinary people object to these lethal prejudices? One reason is that they had far less information than we do now. But another was the lack of pluralism and independent thinking in society: people were led, like sheep.

No shortage of sheep being led by alt-Reich ideologues these days. Don’t be one of them. Not only that, but fight. Fight like hell to expose their bullshit. Again, actively breaking the law is not something I advise. My personal belief is that it serves them, makes them more solidified in their hatred.

That being said, if I saw a Nazi promoting genocide in public, I expect one of my hands might start to feel a bit punchy.

Milo has a right to speak, but he doesn’t have a right to a platform. He got kicked off Twitter for violating their terms of service. This wasn’t a First Amendment violation. This was a private company that didn’t like how he was using their free service. He’d been warned. He kept breaking the rules. They punted him.

If my alma mater were to discuss hosting him I would raise hell. I would write about how I would never give them another dime, how I would encourage my children to attend a different school. And I would reach out to every fellow graduate I could to encourage the same behavior. I would write letters to the president of the university to explain in detail why my school should not host Milo. I would raise as much legal hell as I could. I’d probably go and protest in person as well.

But I wouldn’t break anything.

If Milo did end up speaking at my school despite these efforts, I’d go watch, and take notes, and then write more to expose every dumbfuck thing he said for the dumbfuckery that it is. And then I’d once again give my school shit for hosting him.

I would do this because it can work. Milo had been invited to speak at the annual Conservative Political Action Conference. There was a significant backlash about having Milo speak at the conference, and when two videos came to light revealing Milo speaking sympathetically about pedophilia, he was disinvited as a speaker. What’s more, as a result of the fallout from this, Simon & Schuster just announced that they are cancelling publication of Milo’s book, Dangerous.

But it doesn’t always work. When Milo was announced as a guest on Bill Maher, journalist Jeremy Scahill, who was scheduled to appear on the same episode and has been on Maher’s show many times in the past, used Twitter to publicly withdraw, saying having Milo on the show is “many bridges too far.”  Maher replied by saying of Milo: “nothing could serve the liberal cause better than having him exposed on Friday night.”

I’m somewhat pissed at Maher for having Milo on his show and providing a platform for his hatred. What I’m far more pissed at is Bill taking Milo’s side about transgender people, a side that is demonstrably false. Bill had a chance to rip Milo to shreds; to expose his bullshit and destroy him utterly, just like he said in his reply to Scahill. Instead of following through, according to the Washington Post, Bill had a bromance with Milo.

I’m not surprised, however. Bill confesses to being “good friends” with Ann Coulter. He’s had Ann on the show a number of times and goes easy on her. Bill often says some good stuff, but I don’t consider him one of the good guys. I’ve protested Bill before, and people told me they stopped watching his show because of what I wrote two years ago when my final straw was his position on vaccination.

What’s to be done about Milo? First is to realize that he’s not going anywhere just yet. He’s the novel ultra-conservative darling of the moment. Ann Coulter and Glenn Beck and Rush Limbaugh are old news. He’s the hate-filled douche for the new generation. He’ll fade away eventually and be replaced by another douche.

Keep exposing the douches. Keep educating and keep, as Johansen says, “bringing up new generations in a spirit of enlightenment.”

That way, there will be fewer and fewer sheep to be led.