What the Hell Does “Toned” Mean, Anyway? 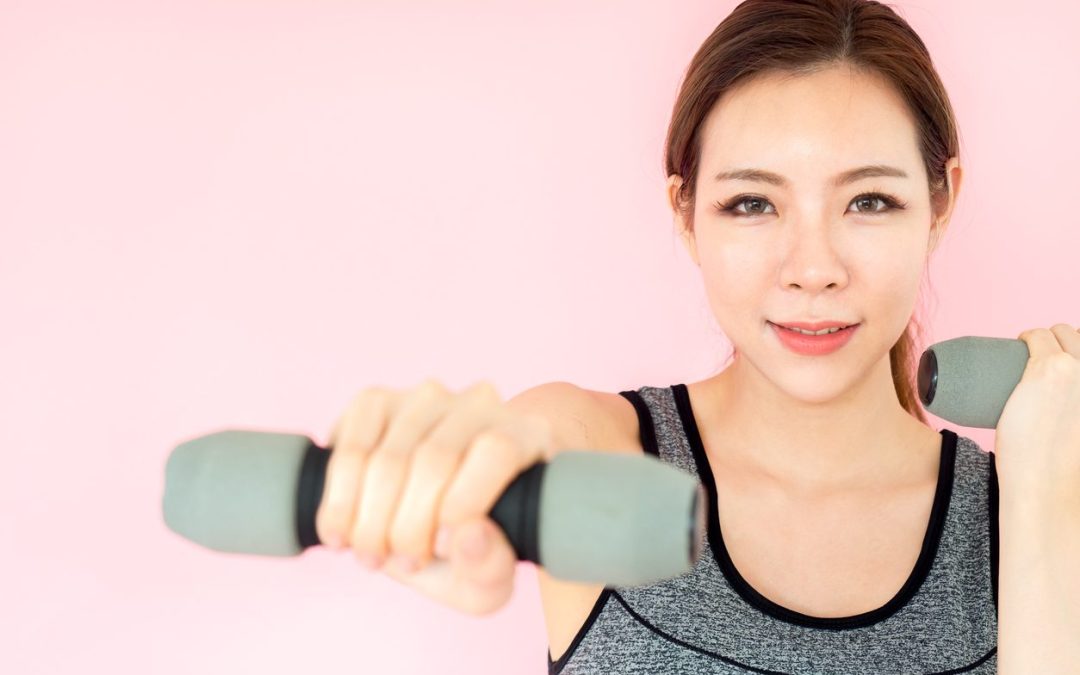 A toned, tanned and taut Tina tried on her tiny two-piece and thought she looked tantalizing.

What does “toned” mean? It means magazine sales. It ranks up there with Secret Weight Loss Miracle Metabolism Belly Fat Diet. It’s a women’s magazine thing, cuz dudes are all about the mass, and women are about not the mass, according to the magazine rack, at least.

Heaven forbid anyone ever get “bulky.” So not feminine. Hashtag sarcasm before anyone loses their shit.

Beyond being a vehicle to flog stacks of glossy paper with staples through them, I figured it mostly means, at least in terms of fitness magazines, to: “Lose some fat, gain a little muscle. Not too much.” But I wanted to hear what industry experts had to say, so I asked them what “toned” means to them. Here is what they said.

LOU SCHULER
“I get why ‘toning’ is more appealing than ‘building.’ Both describe a process that ultimately leads to better body composition; the only difference is that ‘toning’ gives you both parts of it — more muscle, less fat. The problem with the word, though, is that it’s used to describe everything that might involve perspiration. So strength training ‘tones’ muscles. But so does yoga, Spinning, running, martial arts, Zumba … By making the word non-intimidating, the magazines make it meaningless.”

ERIN BROWN
“Toning is a means to sell strength training to women while carefully not using the words ‘strong’ or ‘muscle’ as women are wrongfully taught strength is an attribute best left to men.”

NIA SHANKS
“I used to strongly dislike the term ‘tone up’ and refused to use it. But once I realized that that was the terminology many women know and use to get their point across (because, let’s face it, losing fat and building muscle is what ‘tone up’ truly means), I stopped caring. I prefer to speak the language people most easily understand instead of getting upset over something that really doesn’t matter. So if I need to tell a woman that, ‘Yes, progressive strength training will help you tone-up,’ then that’s what I’ll do. BUT, I will tell them to avoid pretty, pastel, two-pound dumbbells and instead strive to get strong.”

NICK TUMMINELLO
(Quoting from his book Strength Training for Fat Loss): “When you talk about ‘toning,’ ‘enhancing,’ or ‘shaping’ certain areas of your body, what you’re really talking about is muscle. Put simply, muscle creates the shape of your body, and therefore more muscle equals more muscle tone. You can’t build a perkier, rounder, or sexier anything without building muscle.

“And, ladies: To build that muscle, you need to stimulate muscle tissue, and tiny dumbbells just aren’t the tools for the job.”

JESSI KNEELAND
“’Toned’ is a nonsense term, thrown around in marketing and media to soften the blow of the entire topic of hypertrophy, so as to not overwhelm the tender feminine sensibilities of us womenfolk. It’s popular for the same reason they make pink lifting gloves … As though that one simple gender-normative gesture might trick women into … what? Accidentally deadlifting twice our bodyweight? Well done, fitness industry! In an effort to appeal to women, you’ve managed to create an entire gender-biased vocabulary of words like ‘toned’ that are equal parts condescending and confusing!”

ALAN ARAGON
“’Toned’ is a term people relate with being both lean and moderately muscular. It’s synonymous with describing someone’s appearance as ‘fit.’ The problem with the term lies in the false idea that certain exercises are inherently capable of ‘toning’ or making the targeted muscles more shapely and lean, versus merely increasing their mass, strength, power, or endurance.”

K. ALEISHA FETTERS
“’Toned’ has gotten more women into the weight room, I’ll give it that. But ‘toned’ is still squarely focused on one thing: looks. As long as female exercise participation revolves around improving physical appearance—because no, you don’t look good enough already—it is always going to stifle rather than strengthen women.”

BRI WILSON
“You can’t actually ‘tone’ a muscle. You can break muscle fibres down and build them up to be stronger and bigger with resistance training. Toning is for printers. When I see that term used in a women’s magazine it’s always next to a photo of a genetically blessed model (by our society’s standards) doing exercises with a set of 5-lbs dumbbells. It’s stupid and misleading.”

DR. SPENCER NADOLSKY
“I have many patients coming to me for ‘toning’ advice. I give them similar routines as my guys who want to build muscle along with a slight caloric deficit and only briefly explain it’s a misnomer. They are happy with the results.”

DELL FARRELL
“I think there’s nothing wrong with the word toned. It’s just when people think that getting toned is different to building muscle and burning fat 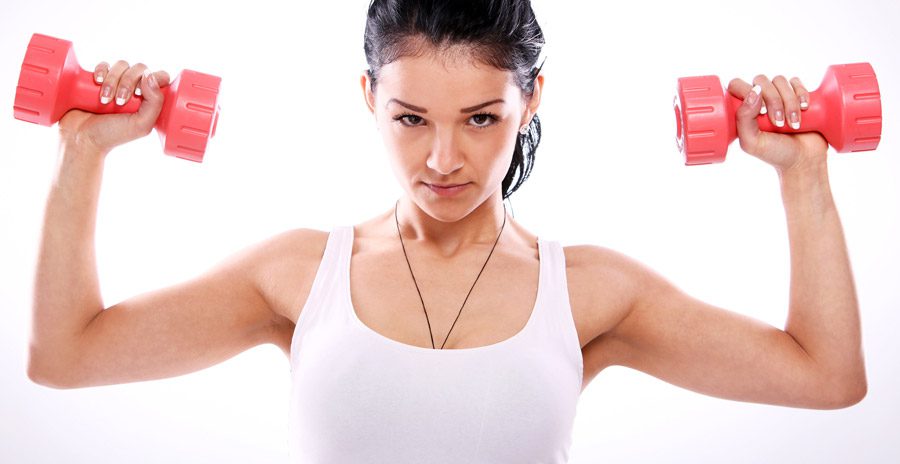 . Lift some heavy ass weights to get toned. Surrender your 2lb dumbbell that doesn’t do shit. ‘Long, lean muscles’ aren’t even a thing. Muscle is muscle. People that try to convince you otherwise are just trying to take advantage of your lack of knowledge and sell you their joke of a program.”

DEAN SOMERSET
“’Toned’ commonly means having some muscle and lower body fat; a more athletic look. It doesn’t mean having the skin pulled tight to the muscle or any anatomically impossible action. No exercise pulls the skin to the muscle, but decreasing body fat can help reduce the distance. Most of the time it’s a marketing term used to make people feel like it’s something they need to fit in and if they don’t do this it’s not going to help them belong.”

GEORGIE FEAR, RD
“Tone: Noun. Means ‘I want to see muscle here, but right now it’s soft and jiggly. I’m in the gym but probably should be working on my nutrition, huh?’

“’I just want to get toned.’ Translation: ‘I’m afraid of looking like a steroid monster. Please tell me you can help me get fit without waking up looking like the Hulk tomorrow.’

“’Tone’ is meaningless to the client, but the professional can translate it into what they’re really saying. But you have to ask. It’s like when you ask a woman what’s wrong and she says ‘nothing’ (pouty face). You have to do some asking to know what she actually means.”

MEG BROWN
‘Toning’ is muscle building. They’re the fucking same. Anyone that says differently doesn’t understand the mechanics of anabolism, or is Tracey Anderson.”

BRAD SCHOENFELD, PhD
“My opinion on the matter is that any terminology that gets women to lift is fine; I really don’t worry about the semantics in this case, but rather the outcome.”

JENNIFER CAMPBELL
“’I want to get toned.’ I hear this from women All. The. Time. I thought it had been sufficiently debunked. But it hasn’t, sadly.”

BRYAN KRAHN
“In physiology, muscle tone or muscle tonus is an actual thing, referring to the unconscious low level contraction of your muscles while they’re at rest.

“Back in the 80’s the term was hijacked by the female fitness media to mean clearly defined muscles (but not too big) and low bodyfat levels (but not veiny).

“I don’t think it’s bad to call that aesthetic goal ‘muscle tone’ as long as you understand what the term really means. I’ll take it over the current rage of confusing anterior pelvic tilt with a ‘big booty.’

“Better yet, women should just try to get strong and move fast. That solves a lot of problems.”

DANI SHUGART
“’Toned’ is a few of things. 1) It’s the word some women use when they’re not comfortable with the idea of intentionally building muscle yet. 2) It’s the word new lifters use when they’re dipping their toes in the weight training water. 3) It’s the go-to word of celebs who want to see a bit of muscle definition, but still have an outdated idea of the ‘ideal’ female body.”

BRET CONTRERAS
“Contrary to what many fitness experts believe, muscle tone is a real phenomenon. It can be thought of as the continuous, involuntary part of a muscle contraction, and it helps us maintain our posture. In rehabilitation, it is measured by the Modified Ashworth Scale and plastic surgeons intentionally reduce muscle tone via Botox injections. Serious pathological conditions emerge when muscle tone is too high (hypertonicity) or too low (hypotonicity). That said, not a single published study to my knowledge shows changes in muscle tone following a resistance-training regimen. Therefore, fitness authorities should cease their usage of this terminology.”

Bret Contreras with the mafuggin’ science bomb. I decided to give final word to everyone’s favorite piss tank, Dick. Not saying I agree or disagree, but it seemed like a good quote to end things on.

DICK TALENS
“Don’t fucking care what it means, but a strong negative reaction probably means you’re an elitist fitness pro who would rather communicate in PubMed citations than anything that real people can understand.”