What Do Star Trek and Weight Loss Have in Common? 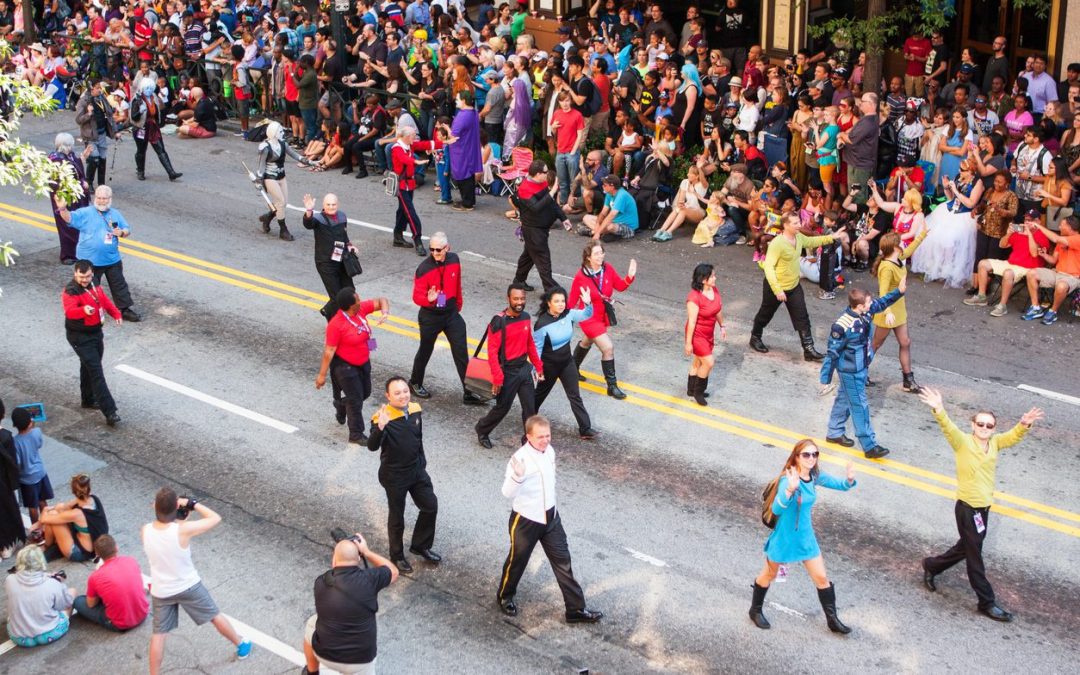 I finally saw the new Star Trek movie. So, yeah. Here we are.

There are Spocks, Kirks and Khans in the intergalactic battle against obesity.

That sentence has some serious “what the hell?” factor, doesn’t it? If you’re not that familiar with Star Trek, here’s a brief lesson:

Kirk: Captain of the Enterprise. Studly and sometimes arrogant leader who is full of awesome. Takes risks to achieve ambitious goals. Kicks ass, often while not wearing a shirt.

Khan: Bad guy from the Star Trek universe. Will screw anyone over to achieve his own goals. Also not big on wearing shirts.

All three of these analogous warriors exist in the fight against overweight and obesity. Although I’ll grant you that to my knowledge is not really intergalactic. More like intra-planetary. Whatever.

You probably want me to get to the point, don’t you? Fine, let’s do Khan first.

You see Khan all the time. They’re some of the most famous people/products in this fight. They make ridiculous promises of weight loss and muscle gain, saying that there are shortcuts, it takes only eight minutes in the morning, you can get a four-hour body, or have six-second abs. They promise “one weird trick” or sell “toning” rocker shoes, shake weights and weight loss underwear. They flog pills and powders and potions all promising to transport your flab to an alternate universe, or something.

They do this because they want money. They don’t care about you, only that your credit card gets approved. Evil.

Spock is at the other end of the spectrum, and I hope the specific example I use here doesn’t get offended at me referring to him as a Spock. Truth be told, I have a lot of respect for the Spocks of the world and think they are the ones doing the most overall good. And remember, the Enterprise pulled through many a tight battle because Spock and Kirk worked well as a team; they have complementary skills.

So who is this particular Spock of which I speak? His name is Dr. Arya Sharma and he is Chair for Obesity Research at the University of Alberta and Scientific Director of the Canadian Obesity Network. His blog about “Why leisure-time physical activity is irrelevant” is another thing that got me thinking about this whole Star Trek concept. Dr. Sharma reported on a Alberta Health Services study that shows the majority of Albertans get their physical activity from work, or not at all. Most of us just don’t want to exercise. Here’s a quote from Sharma:

“The idea that ‘education’ or ‘tax-incentives’ will ever get enough of the population voluntarily engaging in a meaningful amount of leisure-time physical activity is naive at best.”

“Yes, there is a small proportion of the population, who (strangely enough) continues to enjoy leisure-time physical activity well into adulthood. The vast majority, however, prefers to much rather spend their leisure time reading, playing a musical instrument, engaging in arts and crafts, or simply lying on the couch watching professional sports. This is perfectly reasonable and completely normal human behaviour.”

This is Dr. Sharma being on theme (I’ve followed his writings for quite a while), and there are many other obesity researchers that have similar ways of thinking. He is looking at obesity from a scientific, logical perspective. I understand that he is trying to do the most good for this pandemic of excess body fat. His research and teachings are about what can help his nation deal with obesity and the related health crisis. When you consider that only 5% of the population gets enough exercise to have any kind of meaningful impact on weight loss, from a “most good” perspective, physical activity as a weight loss strategy is largely a failure. But I’m not after doing the most good.

One of the things learned during my MBA is leadership. I’m not an MD or a PhD. I spend time in the gym, not a lab. I’m not trying to solve the obesity crisis as a whole; I’m just trying to help YOU. I want to help one person at a time realize their potential.

See, Dr. Sharma is right. Most people don’t want to exercise. Eating healthy in this obesigenic environment where we’re continuously bombarded with highly palatable food is a serious challenge. The odds are stacked against you. When you look at the big picture of human nature and the society we live in, sustaining ambitious fitness and weight loss goals isn’t exactly logical. The evidence is right there in the low adherence numbers.

I advocate this approach anyway, because for some people, it works. I want you to be one of those “some people.” I want converts to a healthy lifestyle.

There are many Kirks in health and fitness. Many Spocks too. In the interest of gender of equality, know that you can probably replace Kirk with Captain Kathryn Janeway, and Seven of Nine definitely had some Spock-like qualities. Being male, however, I envision myself as Kirk. And like Kirk, I’m passionate about what I do. I use every bit of talent, training, education, wisdom and gut instinct I have to get it right; to give you the best advice possible. I use scientifically proven methods, read the latest research, bring in my own personal experience, consult with experts and even try my damnedest to be entertaining to get you to believe in your own potential. I want you to aspire to be awesome.

It takes effort on your part though. You have to meet me half way.

It’s not always scientific. Sometimes I write stuff that just tries to inspire or perhaps get a chuckle to put you at ease about the challenges you will face. I break things down to make it all seem more achievable. I want to get you thinking that you really can do this; you can learn to love exercise the way I have and then use that new-found physical ass-kickery as a powerful tool to resist all the treat food out there. If you believe and are ready to work, you can change your lifestyle for good.

There is room for both Kirks and Spocks in this battle. We both have our jobs to do, our roles to play. There is often a clear dividing line as well. There are people in need of medically-supervised weight loss; people whose health issues are out of my league. I don’t take a lead role with people who want to lose more than a third of their body weight. More serious issues I believe is the department for medical experts. Spock gets the tough cases.

And know that I’m not even a big fan of weight loss as a goal. I’m far more interested in changing behaviors and just letting weight be what it will be based on a sustainable lifestyle that a person enjoys. That whole “last 10 pounds” stuff is mostly bullshit.

Like in Star Trek, Spocks and Kirks can make a good team and both do good things to help in the fight against flab. And realize that we don’t just combat obesity, sedentary living and poor eating habits; we want to beat up on Khan as well. We hate that guy, and will expose his frauds at every turn. Seriously, screw Khan.

Join me, and together we can rule the galaxy as father and—Oh, wait. Sorry, wrong franchise.

What I really mean is, there is nothing wrong with being ambitious, as long as it’s still achievable and enjoyable. I’m here to show you the way.

This is your captain speaking.

This piece was first published on my old website on October 30, 2013.