Trump Must Go to Save America’s “Soul” 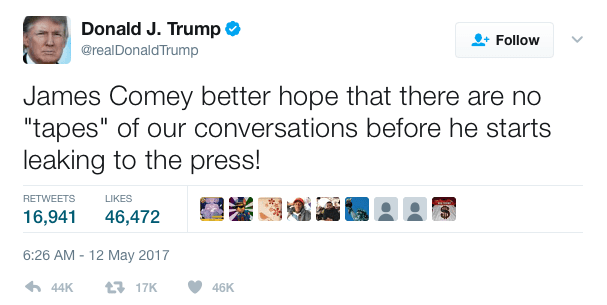 I’ve heard both these statements, and variations on them, often from people living in the state he governed. I think it’s worth listening.

Here’s a lame analogy that probably commits some fallacy, but fuck it.

If there is a badger eating your foot, and another equally scary-looking badger is waiting in line to eat that foot, do you let the first badger keep eating? Or do you shake it off and then gird yourself to deal with the second badger?

That’s the vernacular, bugshit-bonkers-loony-tunes-couple-cans-short-of-a-six-pack crazy I’m talking. I’m not going to armchair psychology the guy. Enough have done that already. Getting out of the vernacular and mental health diagnoses, here are some opinions I have about Trump:

A recent piece in Foreign Policy has the title: “Is America a Failing State?” The lede states: “Our country is at a crossroads, and the right path forward must not include Donald Trump as president.”

“Our government has ceased to function. Party politics and gross self-interest has rendered the majority party oblivious to its responsibilities to its constituents and the Constitution of the United States. On a daily basis, Republicans watch their leader violate not only the traditions and standards of the high office he occupies, but through inaction they enable him to personally profit from the presidency, promote policies that benefit his cronies and his class to the detriment of the majority of the American people, and serially attack the principles on which the country was founded.”

And in a Twitter thread on what he calls “Shame Theory,” David Rees explains how the GOP first decided to go along with Trump and why they continue to. It’s doubling down on their dumbassery because they’re too deep in to face the shame of what they’ve enabled. He calls it “a psychological survival strategy” enacted because “they can no longer afford a moral reckoning with who and what they’ve enabled.” Rees says Congress thought they could contain him, “But DJT poisons everyone he touches. The price for working with him is pretty hefty: your humanity and dignity.”

And the country’s humanity and dignity is getting dragged down with it.

Rees goes on to wonder what rock bottom will look like for the GOP. And he worries that there isn’t one. He fears they’re all in, because they can’t face the shame of what they’ve done. They need to keep sinking costs and take the world down with them. It’s a horrifying thought.

Maybe Pence will be worse, and maybe he won’t. But Trump must go, by any legal means possible.

There has been a rise in the number of posts I’ve seen on social media of people asking how many days Trump has left. Will he make it to the midterms? Will he even last the year? As delighted as I would be to see him go sooner rather than later, I’ll believe it is going to happen when it actually does happen.

This was posted today by Dan Rather’s media company. 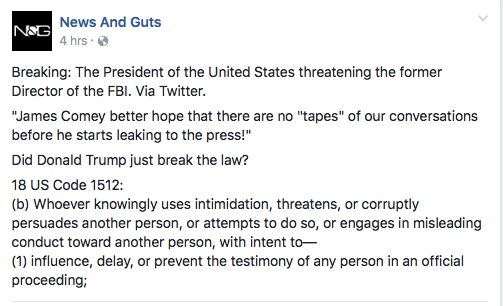 Is this the end of Trump? I remain skeptical.

Nevertheless, I think people should continue to legally resist in every way possible. Active, loud, pushy, annoying, demanding, legal resistance to throw the bastard out. Not just vote him out, but to become the United States of Fuck This Guy and say, “You’re fired!”

Because it would be healing. It could save the metaphorical soul of America to say, “We won’t stand for this level of bullshit.” It could send a good message to allies as well. They may be forgiving and say, “Good job making up for that horrible mistake.”

And yeah then there would be Pence, but one thing at a time.

There would also be fallout. Could the country be more divided? Probably. The diehard Trump supporters, and there are millions of them, would be ever so pissed. But they’re already dug deep in their trenches of cognitive bias. Many reside in information deserts where most of their knowledge comes from rightwing radio, evangelical Christianity, and the NRA (thanks to my friend Lou Schuler for this description). All we can do is work around them, and try to enlighten the next generation.

Cutting out cancer is never fun, but it can lead to eventual healing.

I don’t want America to fail. I don’t want the country to lose its promise to continue to strive to be better. Yes, America has its problems. The election of Trump shows a lot of people are still racist and sexist and ill-informed. Not the majority, as the popular vote showed, but still a lot.

I’m going to go opposite Godwin and not compare Trump to Hitler, but rather contrast the two for a moment.

Trump has never enjoyed the support that Hitler was able to muster. Propaganda and military success after humiliating defeat turned Hitler into an idol among a large portion of the German people. He got the military to swear allegiance to him and seized power totally.

Trump is not nearly so powerful, and hopefully lacks the wherewithal to ever sleaze / manipulate his way into such a position of being absolute dictator. He faces criticism that gets louder every day.

Still, watching The Handmaid’s Tale is scaring the shit out me.

I’m not saying shit couldn’t go sideways. Trump could say he’s cancelling the midterm elections, and the GOP might support that. Who knows what would happen? The armed forces are often more republican leaning. Could certain military leaders go along and have it snowball? Could the situation go from bad to catastrophic?

I mostly believe the guy is too damn useless to pull it off, and that gives me hope.

Nevertheless, it would send a good message to get him fired. It would say to the world, and to the citizens of the United States, that this is not what we stand for.