To Shame Or Not To Shame 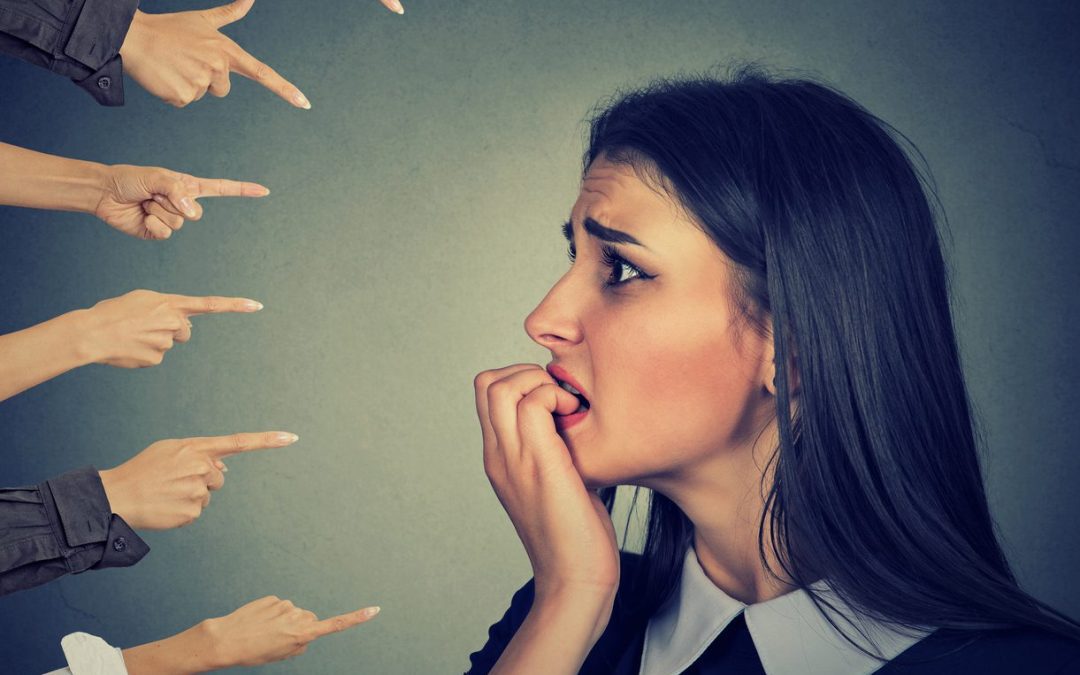 I screamed “Fucker!” right into his hipster douchebag face.

Who am I kidding? Hipster douchebags never learn.

I was riding my bike on the path and had the undeniable right of way. He came flying in from a side path and cut right in front of me at a high rate of speed, and he was looking in the other direction.

“Watch it!” I yelled, followed by braking and swerving. He hit the brakes and swerved as well, and we missed each other by inches. When our faces were less than a foot a part I gave him the F-bomb what-for with all the righteous indignation I could muster.

Because fuck that guy. If we had collided it would have been bad. I’d have broken stuff. I don’t like being broken.

Plenty of shaming going around these days. Sometimes it’s warranted, and sometimes not. I wish to analyze, from the health and fitness perspective, when it is appropriate to heap a nice pile o’ shame on someone, and when you should be understanding and compassionate instead.

Here is the tl;dr:

In the simplest sense, if someone does something bad to others, especially if they’re doing it for profit, then you may feel free to shame the fuck out of them. Conversely, if someone is engaging in behavior that is primarily self-destructive, then don’t shame. Show compassion and understanding instead.

Should you desire additional details, let’s start off with …

Who it’s okay to shame, and why

Because they had it coming.

They all do bad things. Oz promotes his weight loss miracle bullshit. Food Babe Vani Hari creates fear mongering of food while promoting unscientific nonsense about GMOs, organic and vaccines. The paleo diet has almost no scientific validity, regularly scores at the bottom of ranked diets for quality and efficacy, and promotes fear of certain types of food and a restrictive mindset that can develop into disordered eating behavior. And men’s rights guys? They just plain suck.

Does the shaming cause them to change their ways? Usually not.

Recently I watched “An Honest Liar” on Netflix, the biography of noted skeptic James Randi. Randi made a career out of debunking the paranormal, and the documentary homed in on two examples of Randi’s ire: Peter Popoff and Uri Geller.

Popoff was a faith healer and Uri Geller fancied himself having psychic abilities that include telepathy and telekinesis. Without giving away spoilers, Randi expertly and very publicly eviscerated both, bringing down the much-deserved shame.

But neither Popoff nor Geller went away. They had their core adherents, and found new suckers to bilk. Now Popoff is selling miracle cancer cure water while Geller flogs energy crystal jewelry on TV infomercials.

This doesn’t mean Randi was wasting his time by exposing them.

Society has gradually moved away from mysticism over time and accepted science as the way of knowing and accomplishing things. It’s a long-haul battle that lasts centuries, and it’s still going on; we can’t quit now. And while it generally doesn’t stop the perpetrators or sway the die-hard followers, this type of public shaming of charlatans does accomplish a few things:

I know the snake oil business well. With my skills, knowledge and reputation I could easily parlay that into a shit-ton of cash.

But I won’t, because, first off, I’m not a douchebag. And secondly, I wouldn’t want to face the
public shaming that such a career move would generate. Sure, I get a lot of hate now, but when I look at the type of people the hate is coming from it gives me a warm and fuzzy feeling. If decent and science-based folk started calling me out I wouldn’t be able to stand it.

One caution in this regard is to not give undue exposure. Yes, there is such a thing as bad press, but if no one has heard of the charlatan then it’s best to let him or her languish in obscurity. Only go after the most public of targets.

Who you should not shame, and why not

While you can shame those who bring destruction to others, especially when it’s done for profit, it is important that you not shame people whose destructive behaviors are primarily turned inwards.

I drink. Want me to stop? Fuck you.

Drinking and driving? Shame away. Nuking my liver? My business.

Recently I wrote about the kerfuffle between one of those Jonas brothers and that CrossFit douche. I defended the image proclaiming “open diabetes” as a parody of Coke’s “open happiness” campaign. I wrote that it wasn’t necessary in this instance, as many proclaimed to the contrary, to differentiate between type 1 and type 2 diabetes, especially because it would seriously weaken the message.

And some people lost their shit. One angry woman wrote on my Facebook page: “I would start by making it so serious that any public speaker, news broadcaster or anyone else who used the term diabetic or diabetes without specifying which one they would run the risk of loosing (sic) their jobs.”

Some talked of how their children were shamed for having type 1 diabetes, like it was their fault, with people accusing them of eating too much Halloween candy.

Here’s the reality: it’s not okay to shame anyone with any kind of diabetes. Yes, type 2 diabetes is significantly linked to lifestyle (there are other factors like genetics and race that play a role as well), but this doesn’t mean you get to point at people with type 2 diabetes and do a Nelson style “Ha-ha!”

Because that’s a douchebag thing to do.

Yes, I do think that it is important to differentiate between type 2 and type 1 diabetes whenever possible, because they are two very separate diseases. I did it in my article for the Chicago Tribune when I wrote about using exercise to battle type 2 diabetes. I simply argued that for the anti-Coke campaign it didn’t work, stylistically speaking, and that people should chill out.

But when you insist that one differentiate between the two in all instances because type 1 is not related to lifestyle, then you’re shaming those with type 2, and that’s not cool.

We live in an obesigenic environment. In the last few decades obesity and type 2 diabetes have skyrocketed largely because of environmental factors. People do not generally choose to be obese or to develop type 2 diabetes or heart disease or metabolic syndrome or cancer.

Dr. David Katz wrote that approximately 80% of disease is preventable via lifestyle choices that include abstinence from smoking, moderating alcohol intake, healthy eating, minimizing body fat around the midsection, and regular physical activity.

Eighty percent. Do you think it’s okay to shame 80% of sick people because they “did it to themselves”? They didn’t live a totally pure lifestyle and contributed to their sickness, so let’s shame them back to the Stone Age.

Close friends, family and physicians can discuss and intervene, but it must be done by way of compassion and understanding, not shaming, because shaming doesn’t work, and love is usually absent when people engage in so-called “tough love.”

Cigarettes and alcohol and drugs are all in abundance, and stress levels are high giving many a desire for an outlet. And in light of the environmental factors that contribute to runaway obesity rates, shaming people for not living the best lifestyles is … shameful.

So stop doing it.