There Is No War on Men 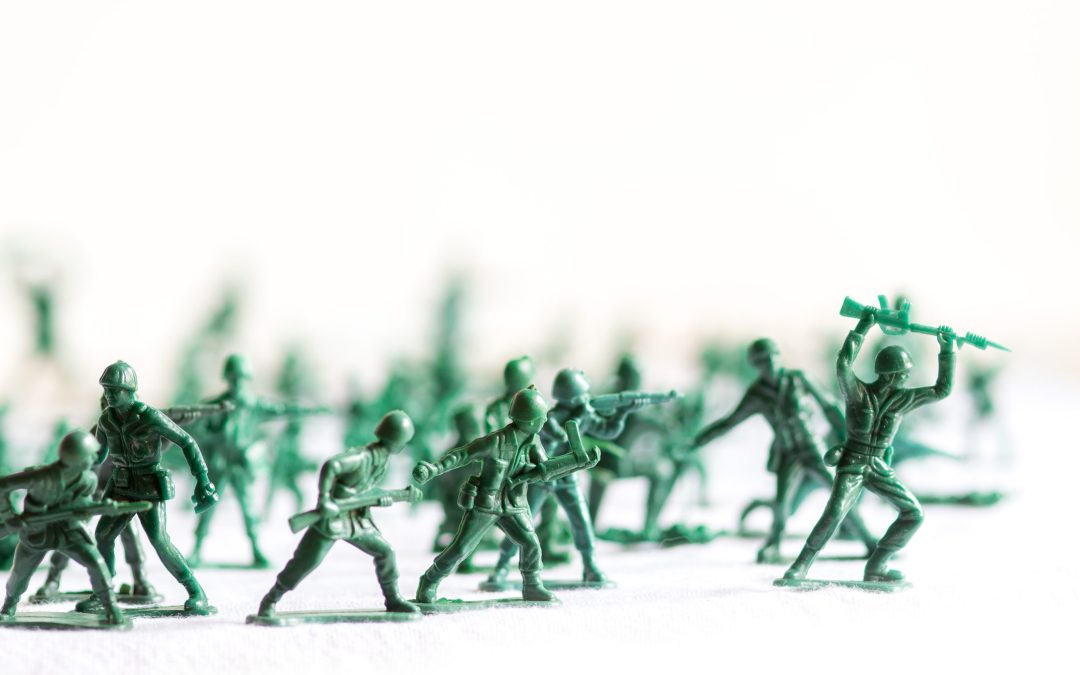 I get a lot of leeway in life, because I have pale skin and a penis.

But I’m also more likely to die because of that penis. This does not mean there is a war on men. Rather, I’m part of a gender more prone to violence, high-risk behavior, and a lack of self-care. This is not the fault of women. What’s more, women asking the men who engage in brutish behavior to please stop is the opposite of a war on men. It’s about trying to help men.

I would say there is a war on douchebaggery. It’s a war that’s been fought since the dawn of civilization. That’s what “civilization” is: being civilized. A.K.A. “not a douchebag.” You know, things like banning slavery, expanding the vote beyond those with the pale penis, laws against discrimination, expanding of civil rights …

When a man says there is a war on men, what he’s really saying is he’s upset that the world is making it harder to get away with being a douchebag. Hell, the southern states were willing to fight an actual war, at the cost of hundreds of thousands of lives, to maintain their right to keep slaves.

One thing I will say is that there is tremendous profit to be had in proclaiming this war on men, regardless of how ridiculous the claim. It’s made Jordan Peterson a lot of money.

Eight years ago Anthony Synnott, a professor of sociology and psychology at Concordia University, wrote about this alleged war for Psychology Today. He proclaims to not be against feminism, but makes a big deal about how misandrist society supposedly is and how men are continually “victimized”. In so doing, he brings out the usual men’s rights activists (MRA) talking points.

It goes on from there, and the author contradicts the shit out of himself with his closing. After providing myriad examples of how men suffer, and showing that it is men creating this reality, he writes, “Some of my friends blame men for the wars against men, and blame the victim: ‘It’s their own fault!’ and in classic double standards, they also tend to blame men for the wars against women. It is time to re-think these things.”

Uh, wait. You just made the case that men do this to themselves with your examples, and now you want us to “rethink” how we “blame men”? So, if we don’t blame men, who does that leave to shoulder this responsibility?

Earlier this year the American Psychological Association proclaimed, based on 40 years of research, that “traditional masculinity is psychologically harmful and that socializing boys to suppress their emotions causes damage that echoes both inwardly and outwardly.” The primary issues are with the promoting of “stoicism, competitiveness, dominance and aggression.”

Those first two aren’t necessarily bad in all circumstances. But the problem with stoicism is that it can lead to a lack of self-care because we’re taught to “suck it up.” And competitiveness can be done in a healthy manner because it can lead to accomplishment and mental wellbeing via the joy of testing oneself. But it can also take one down a rabbit hole of despair by feeling like a failure for somehow not measuring up.

“Because of the way many men have been brought up—to be self-sufficient and able to take care of themselves—any sense that things aren’t OK needs to be kept secret,” Rabinowitz says. “Part of what happens is men who keep things to themselves look outward and see that no one else is sharing any of the conflicts that they feel inside. That makes them feel isolated. They think they’re alone. They think they’re weak. They think they’re not OK. They don’t realize that other men are also harboring private thoughts and private emotions and private conflicts.”

And I have a confession to make. I have never once in my life had a true heart to heart conversation with another man in which I could be vulnerable and emotionally open. Because my peers were raised the same way. I only realized this recently, in a conversation with my son, that he was the only man (he’s 20) that I can talk to in such a way. And the reason why is that my wife and I didn’t raise him in a culture of toxic douchebaggery. If I want to be emotionally open with someone, the only other people I feel I can really talk to are women. Most men of my generation would think I’m a wimp.

But it’s not just my generation. My son’s generation may be doing better, but there are still miles to go. As Tim Winton wrote in The Guardian last year, “I see boys having the tenderness shamed out of them.” He sees them being told to “smother their consciences” and “submit to something low and mean.”

Margaret Wente (Ugh) wrote in the Globe and Mail of the masculinity study that “The APA would basically like us to treat boys as if they were defective girls.”

She then goes on to write, “don’t let some psychologist tell you the problem with your son is that he’s too masculine. His problem may be that he needs to man up.” Yeah, no. Constantly being told to man up is what has helped create these problems.

You want to be stoic and competitive? You feed off that? Go big. But don’t let it lead you down a path of douchebaggery, and don’t think that’s all what being a man is about. It’s not the only way to embrace maleness.

Unless you’re paleo. Wait. Paleo is still a thing?

I’ve written before about how sexism permeates the paleo dieting industry. And the 2019 PALEO(f)x conference has a panel discussion titled “The Death of the American Male.” Get a load of this description:

What are the unintended consequences of feminism? Was #meetoo an inevitable consequence? Do we even know what it is to be male when our society overprotects, over medicates, under-appreciated, and sets expectations for males so abysmally low?

And the issue here isn’t that expectations for men are low. We’re trying to raise the bar, continue that civilization process that’s been so beneficial for humanity, put another dent in the douchebaggery, get men to be more open and taking responsibility for their own wellbeing rather than relying on women to do all the emotional labor in relationships. Saying it’s okay for men to continue with shitty behavior is what keeps expectations low.

This supposedly expert panel includes carnivore diet pusher and daughter of Jordan Peterson, Mikhaila Peterson. It also has John Durant, who figured prominently for his dumbass comments in my previously-linked piece about paleo and sexism.

But it’s not just a panel discussion. There is an entire convention of MAGA hat wearing fuckwipes doing their pathetic best to ooze testosterone in this unintentionally hilarious patriarchy-pushing promotional video.

And don’t forget how bad some guys freaked out over the Gillette video. Or how every year on International Women’s Day Google searches for “international men’s day” skyrocket because of the sexist need for some men to “what about the men?” every single thing.

I’m not a big fan of labelling any particular behavior “manly” or “womanly”. People can be who they want. But I also get the drive for some to be more inclined toward certain behaviors based on gender. Statistically speaking, there are things that women seem drawn toward, and different things that men are drawn toward. Again: statistically speaking. It’s not about right or wrong, and crossover is just fine, it’s simply a look at the numbers.

And I can do things that others may deem “manly” without having to ignore my self-care or be an aggressive douche or via dominating others. As an example, my wife and kids were driving to another city for a karate tournament and it was bitterly cold. In my role as “protector,” I considered the strength of the vehicle’s battery. I’d noticed it was struggling lately, it was getting old. They were leaving early the next morning, so I dropped everything and went out in -26 because I wanted them to have a brand-new battery, just in case. That’s an example of positive masculinity where my stoicism was putting my own needs aside to do something important for my family, and my “aggression” was punching winter in the face. I felt good about it, and my wife appreciated it.

Again: It’s not a war on men. It’s a war on douchebaggery. It’s a fight to continue the civilizing mission of all humanity, to drag us forward, to

If you look at the fight for equality as a personal attack on your masculinity, as a war on men, it says a lot about what you value as masculine. And that type of toxicity isn’t beneficial to men, it’s a burden.

Let go the burden. You’re better than this.