The Weaponization of Religion 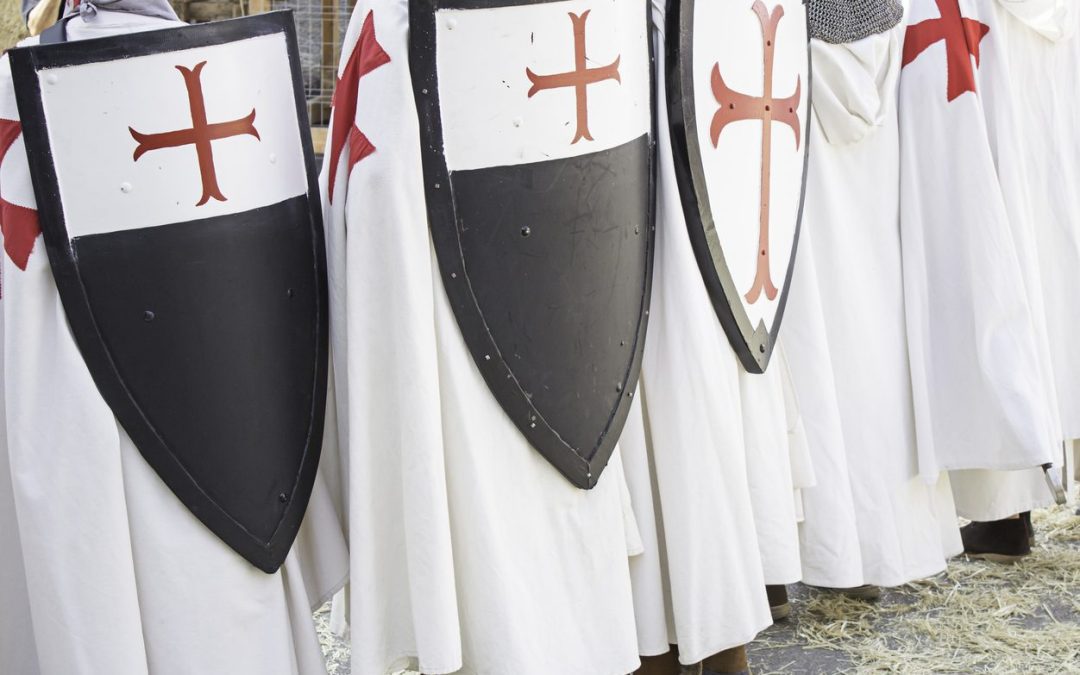 Homo sapiens are primed for belief.

Our troglodyte ancestors were too ill informed to understand what stars, the moon or lightning is, so they made stuff up in order to cope with the unknown. We evolved to seek some kind of otherworldly protection from strange and fearful things. It has also been suggested that there are important collective benefits to shared spirituality, and so it has been naturally selected for over the millennia.

It didn’t take long for it to become a method of control; a tool used by individuals and groups to raise themselves above others. “Hey, the sky riders told me they wouldn’t make it rain unless you bring me your virgins. Bring food too, because sex makes me hungry.”

Did such priests and shamans and religious leaders themselves believe in what they preached, or was it often a cynical method of achieving elite status? Probably a bit of both.

The ancient Maya developed astronomy before the birth of Christ and used their knowledge of solstices and equinoxes in order to determine harvesting cycles for corn crops. They knew the science, and it was critical to their food supply.

But it was only a small handful that knew the secrets of such astronomy, and it was closely guarded within ruling families. “Hey. The gods tell us and only us when to plant that stuff that we eat, so we’re in charge. Got it?” If the secret got out, they might lose their power.

We have had divine right of kings, rulers ordained by God, rulers determined to be living gods, and slavery of entire races justified via religion. Anyone who has studied medieval history knows that the Crusades were a religious war sanctioned by the Christian church.

In the Second World War Japanese soldiers often fought to the last man and engaged in suicide missions because their leaders told them it was what the emperor, and man they proclaimed a living god, wanted of them. The United States was built upon slavery that was justified via Christianity. Colonialism and Rudyard Kipling’s concept of the “White Man’s Burden” was also deeply rooted in Christianity.

India and Pakistan have nukes pointed at each other. Religion plays a role in that.

So what we have is 85% of the world adhering to a certain religion by varying degrees. Many of the 85% are just going through the motions, while others are most devout. It’s a spectrum of belief for any religion.

All groups have their extremists, and it would seem there are some groups that are more extreme than others.

Branch Davidians saw David Koresh as a kind of god, and he used that power to have sex with children. There are Mormon sects having sex with children. We all know about the scandal in the Catholic Church. Scientology uses Tom Cruise to get money and rule their followers with an iron fist.

People have always used religion to get what they want, because it works. It’s a tool for gaining power.

George W. Bush is a devout Christian. He was voted into office by a populace that is over 70% Christian. It may have been much more subtle than shouting Allahu Akbar before blowing yourself up, but in some ways the invasion of Iraq in 2003 can be seen as a holy war. A Christian nation elected a Christian leader who invaded an Islamic nation to avenge an attack made two years earlier that was done in the name of Islam.

The war wasn’t declared in the name of Christ, but in the name of destroying weapons of mass destruction. Admittedly, there was a host of bad decisions that lead to the invasion, most of which had no basis in religion. But still, I would argue that the pervasiveness of Christian belief systems in the United States and her government allowed for garnering support for the invasion via development of an “us and them” mentality.

And how many people died in that one? How many are still dying as a result of the invasion of Iraq?

Christian terrorist groups also exist, and there have been a number of terror attacks that were based in religions other than Islam in the past decades. A weird cult was responsible for the sarin gas attacks in Tokyo in 1995. Religious leader Jim Jones led a Christian cult called the People’s Temple, and although it has often been depicted as a mass suicide of over 900 people in Guyana (where the term “drink the Kool-Aid” comes from), there is a lot of evidence to show it was actually a mass murder carried out by Jones and his most devout followers.

No one religion has the market cornered on inciting violence, but western media is far more likely to cover the story when brown-skinned Muslims attack white-skinned Christians, and such news coverage warps our thinking.

In the modern world, there are differences between Christian supported violence and Islamic-based terror. By and large, Christian-populated nations are more developed and have more powerful military might. Their leaders also have more democratic legitimacy and they exert greater control over the world and its resources. As a result, their use of religion to enforce their will can be done subtly.

Conversely, Islamic groups have far fewer options available to them. They are filled with impoverished and marginalized populations. Colonialism and outside interference has made the region ripe to become a hotbed of extremist movements. Few of these countries are ruled democratically, but instead are lead by military strongmen who often use religion as an additional method of control. “It’s not our fault you’re living in poverty. Hate those Jews over there.”

Inspiring hatred of “others” is proven to be a powerfully binding force. Hitler used it to great effect.

Terrorist groups, in order to convince people to commit acts of murder and engage in suicide missions, must use religion in order to effectively motivate their followers. There are plenty of dumb things in the Bible that can be used to incite murder, and if the situations were reversed it could just as easily be Christian suicide bombers. But Christian populated nations have drones, and you don’t need to motivate a drone pilot to shout praise to his lord when he’s not required to sacrifice his life in order to do his job. And while I’m not saying it’s a fun job, the pilot is paid for doing it, and he gets to go home and sleep in a warm bed with a belly full of food at the end of his shift.

I do not see religion as inherently bad. I realize that throughout history it has been used, even weaponized, by bad people in order to do bad things. But it can and has been used for good.

The vast majority of the devout of all faiths are peaceful. Many of them derive strength from
their faith to do acts of good in the world. I have many close friends and family who are devout followers of various religions and they are good people. Some of them are amazing and wonderful people. They are better people than I am.

I identify with Christianity, but can’t say that I follow it. But I don’t not follow it either, if that makes any sense. I’m not an atheist, and I lack the hubris to attack religion in its entirety.

I will criticize extremism of all types, including atheistic extremism. That’s part of my motivation for writing this piece. Again, only 15% of the world’s population is non-religious, and I’m seeing some pretty hateful things coming from some members of that group of late. Every time someone blows themselves up, or a county clerk refuses to issue marriage licenses, or some jackwagon with a Facebook page goes on a rant about coffee cups there is a backlash in social media asserting that all religion is toxic and needs to be banned.

I mentioned hubris. There is much of it in the vicious words being slung at the faithful. It’s true that there is no violence being directed by these atheists towards believers that I am aware of, but it doesn’t make it right. I know people for whom religion has dramatically improved their lives. I know people for whom religion has saved their lives. And yet others are derisive and see them as weak-minded fools who believe in fairytales.

With 85% of the world’s population following some form of religious belief to varying degrees, I cannot imagine the audacity it takes for someone to proclaim that we should ban all religion. That kind of offensive behavior must make one’s circle of friends small indeed.

I don’t think religion belongs in politics, just as I don’t think corporate influence belongs in it, and the latter is arguably a bigger problem in North America. I know there are problems with things done in the name of religion, and it has held some progress back, but we see the same thing from the non-religious. The anti-vaccine and anti-GMO movements don’t appear to be religiously motivated, and those groups are killing people too.

Humans will screw up left and right with or without religion.

In my work I see dietary and fitness extremists who heap bullshit and do harm, and so I fight it. There are extreme behaviors in politics, economics and finance that do harm. And yes, there is extreme behavior done in the name of religion; sometimes overt, other times subtle.

Fight extremism. Fight those who do harm.

There are good musicians, but there is also Nickelback.

In every one of these groups there are also the assholes: the extremists who use a variety of methods to achieve power and do harm.

We can’t just sit back and group-hug kumbaya the world’s problems away. Battles do need to be fought, but such battles require focus.

In the spirit of inspiring focus I shall repeat: Fight extremism. Fight those who do harm. And let those who wish to live in peace live peacefully, regardless of which god or gods they do or do not pray to.