The Training Mask Is Bullshit 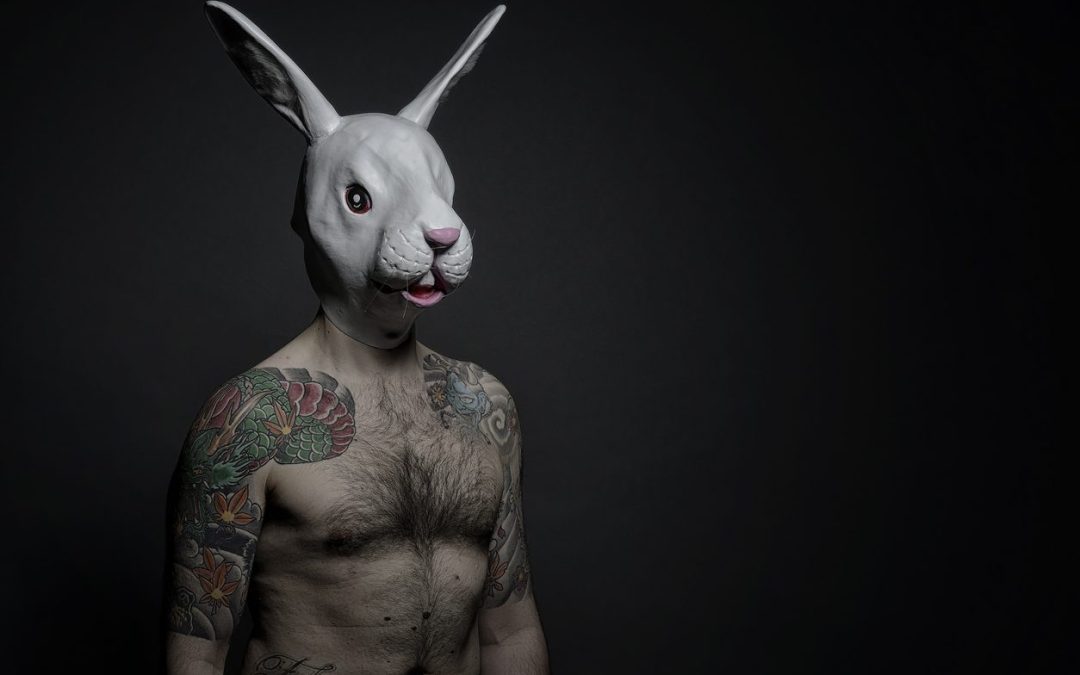 Luke, I am your father … Your very gullible father …

Perhaps the guy at the gym with the Darth Vader looking mask thinks he’s a Sith Lord badass workout warrior. Instead, he spent $80 so he could pay for the privilege of having a shitty workout.

The training mask, which restricts your ability to breathe during exercise, is both a waste of money and makes your workout less effective. Don’t buy one.

But don’t take my word for it. Let’s examine the science.

What Is It?
It’s an expensive scarf.

But it’s a damn popular one, and you may have seen it used in training montages in the hit boxing movies Creed and Southpaw.

Originally, these masks were marketed as a method to mimic training at high altitude. “When they first came out they said the different valves on the mask represented different altitudes,” said Alex Viada, a sought-after trainer of both strength and endurance sports in Durham, North Carolina. “There was a 10,000-foot valve and a 15,000-foot valve. Each one was intended to give you these altitude adaptations.” If you check out the company’s Facebook page it’s still called @ElevationTrainingMask, and this Amazon ad says “Simulates High Altitude Training.”

“The mask has nothing whatsoever to do with high altitude,” said Dr. Ben Levine, director of the Institute for Exercise and Environmental Medicine at Texas Health Presbyterian Hospital. “The only relationship is that it feels harder to breathe at high altitude, but for completely different reasons. At high altitude, there is less oxygen in the air, but a mask is no different than breathing through a straw. The latter won’t have any effect on red blood cell production.”

Dr. Levine was lead author on the most often-cited paper on high-altitude physiology, the methodology which boils down to “Live high, train low.” He and his partner Dr. Jim Stray-Gundersen were the inventors of this training method that, although the training mask bears no similarity to it, still requires some explanation to provide further exposure of bullshit.

Elite endurance athletes, as I explained in this Chicago Tribune column, can gain a small improvement by living at high altitude, but then traveling down to lower elevations for training (small improvements matter in elite competition). They get the higher red blood cell production from spending most of their time at high altitude, but it is critical to get the training effect from doing the high-intensity work at lower elevations. These athletes spend a lot of time in a car during their live high, train low regimen.

To reiterate, the training mask does NOT mimic high-altitude at all. But even if it did, I want to point out the contradiction. The research says what is effective is living at high altitude and training at low altitude. IF the mask simulated altitude (which, again, it doesn’t), then wouldn’t you wear the mask all the time, except when you were training?

But that’s not the way it was marketed.

What Does the Training Mask Actually Do?
It makes it harder to breathe.

Alex Viada explained that when the product got exposed for not actually simulating altitude, the company shifted over to “respiratory muscle conditioning” as their marketing message. In other words, because you must work hard to breathe with the mask on, it will make your diaphragm and other breathing muscles stronger so you can perform better in competition.

I guess that sounds like it might work. Except nope. There is no quality evidence to show that happening.

“You can probably change respiratory muscle strength with [the mask],” said Bill Sheel, a professor of kinesiology at the University of British Columbia and a leading researcher on respiratory and cardiovascular physiology and how it affects athletic performance. But, he says, there is no reliable evidence that this will have a positive effect on sports performance because the studies haven’t been carefully done. “The problem is that there is no good control group. You can have a sham group with no air restriction, but people are not stupid so they figure those things out.” What this means is that you can put a mask on someone that doesn’t make it hard to breathe as the control group, and they know they’re in the control group because it’s not harder to breathe.

“You can make the breathing muscles stronger, but whether that is improving whole body exercise performance is unclear,” Sheel said.

Both Professor Sheel and Dr. Levine assert than any feeling of improvement is likely due to a placebo effect.

“It feels so good when it comes off,” Dr. Levine said.

What’s the Harm?
“For the typical gym rat, it doesn’t really matter,” said Dr. Levine. These guys likely aren’t working out hard enough for air intake restriction to have a significantly deleterious effect on their training. However, “I would never recommend this product to a high-performance athlete,” Levine said. “I think it’s a crazy idea. If they use it during high-intensity exercise, then it absolutely won’t be as effective of a workout. You’re stealing blood from the legs to send it to the respiratory system when you’re wearing this mask.”

“I consider it to be a waste of money,” Dr. Levine said.

What Do the Proponents Say?
On the Training Mask website there is a page entitled “The Science.” This “science” is a 12-minute long video of Artour Rakhimov, who, according to his website, has a PhD in math and physics from Moscow University. Conversely, the people I interviewed on this subject have relevant education.

One of the first things I noticed Rakhimov said of using a training mask is that, “Breathing after a long run is slower and lighter.” When he goes for a run with a mask on he says his breathing rate returns to normal very quickly. Rakhimov adds in the video that the mask “Dramatically improves efficiency of physical exercise.”

Interesting he would say that, because it directly contradicts one of the primary marketing messages Training Mask makes on the same page. The one that claims: “Elevated EPOC (Post Exercise Oxygen Consumption) response to training that may lead to improved fat burning during/post workout.”

You’ve likely heard EPOC referred to as caloric “after burn” before. It’s when you engage in an intense workout and your metabolism stays elevated for a long time afterwards because it was so hardcore, burning a bunch of extra calories. First off, the claims of EPOC making any appreciable impact on total daily energy expenditure have been vastly overblown. And second, Rakhimov said his breathing rate returns to normal very quickly. And recall he said the mask “dramatically improves efficiency.”

Rakhimov continues to make numerous other claims about the training mask improving performance, but my expert sources beg to differ. It’s worth evaluating who are the more trustworthy sources of information. Dr. Levine and Professor Sheel are acknowledged experts in this field each with multiple relevant studies published in peer-reviewed journals. And Alex Viada is the trainer that other trainers look to for advice on how to get their clients to excel. Conversely, Artour Rakhimov, with his irrelevant educational background, does not appear to have published any relevant studies in peer-reviewed journals on this subject.

There is more to know about the man in the video, should you find yourself believing his claims.

First is that Rakhimov is a proponent of the “Buteyko Method,” an alternative medicine breathing practice that the Australian government evaluated for insurance purposes and found there to be no evidence of its effectiveness. That didn’t stop Rakhimov from authoring a self-published book on how Buteyko allegedly cures cancer.

Rakimov has another self-published book that proclaims “A lack of electrical grounding to the Earth (known as Earthing)” coupled with his alternative breathing methods will help treat Crohn’s disease and colitis. Earthing, according to respected debunker of medical bullshit Dr. Stephen Novella, “is just one of many pseudosciences that fits into the ‘just make shit up’ category.”

This next one will bake your noodle.

On his About page, Rakhimov states that he is a “Whistleblower and investigator of mysterious suicide-murders, massacres, shootings, and other crimes organized worldwide by GULAG KGB agents using their fast total mind control method.” These links are from a site of Rakhimov’s that is no longer active, so I found the cached pages. It contains over-the-top conspiracy theory about how the KGB used their mind control to program people to assassinate targets then immediately commit suicide. Apparently, the KGB was so good at it they could “program” these murder-suicide assassins in only a few hours.

This is the “expert” used to relay the “science” of the training mask.

Why Do People Use Training Masks?
“People always want an edge,” Alex Viada said. “But telling them to run faster or train harder – the things that actually work – is not as popular as some gimmick. The gimmick doesn’t take any extra work, but you feel like it’s going to make you better.”

Viada also commented that the mask might fit in with the Instagram selfie generation that can make people appear more hardcore if they’re wearing the mask.  But the reality is if you truly want to be more badass with your workout, just go out and push your body hard.