The Three Types of Gun Owner 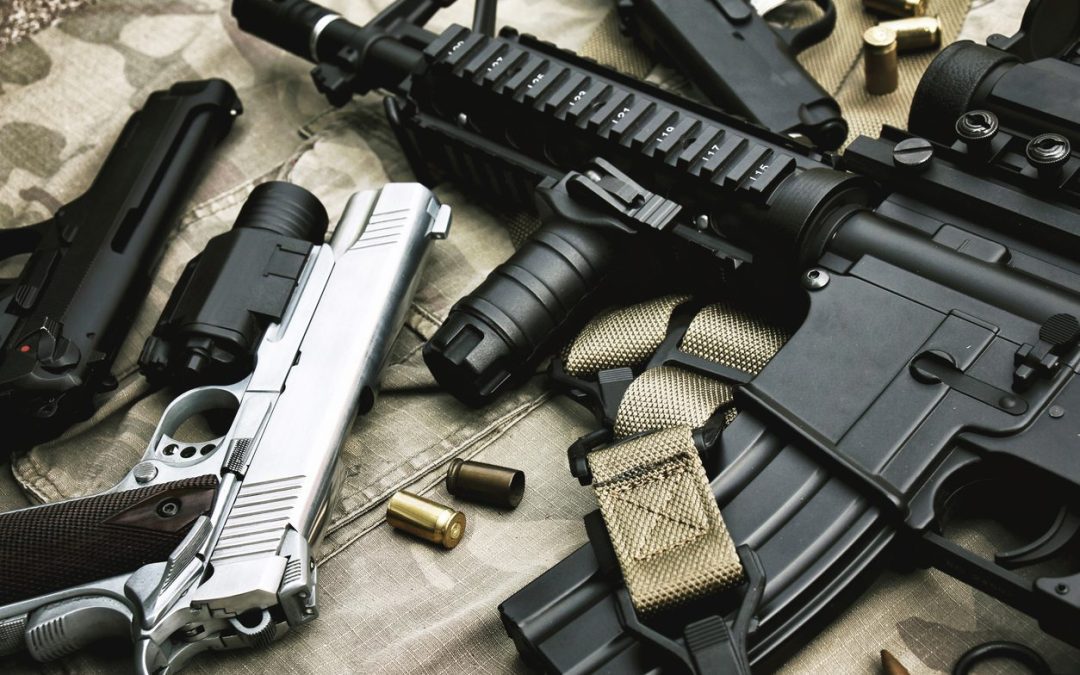 Gonna piss off some ammosexuals with this one.

When I was visiting my dad his neighbors always knew, because, as one of them proclaimed, “It’s sounds like World War Three over at the Fell ranch.”

There wasn’t any killin’, but there was lots of shootin’. My dad lives in BFNW of northern British Columbia (stands for Butt Fuck Nowhere), and there wasn’t much else to do.

I like guns, and I like shooting them. For a time I even had a Czech-made 9mm semi-automatic pistol. (I had to go through a thorough background check and faced very tight restrictions on its use.) Dad has lots of rifles and shotguns, and I’d use sticks floating in the pond as target practice.

My dad gave me hell for scaring all the ducks away.

I have eaten a lot of deer and moose meat, and even some black bear (blech—too chewy). I never took up hunting with my father, however, because I was always in school during hunting season. I pulled a ton of trout out of the nearby river every summer though.

Except in rare circumstances, Canadian law prohibits civilians from carrying (either open or concealed) a loaded handgun on their person, for which I am most grateful. I mean, if I’m riding my bike and some asswagon in a BMW almost clips me I want to be able to call him a brainless fuckweasel and not worry about him pulling a gun on me.

Rather, I’m going to generalize, in broad strokes, the mental state of the three types of gun owner. (Note: Does not include those who require firearms as a condition of their employment.)

1. THE HAPPY GUN OWNER
That’s me! See the smile on my face?

The happy gun owner is the “firearms as tools” type. It might be for target practice, for hunting, for protecting livestock, or for collecting. I mean, maybe they’re not ecstatic over the need to shoot coyotes or 30 to 50 feral hogs or whatever, but I expect they’re happy to be living where they do, doing what they do, and accept the need to occasionally kill a quadrupedal predator or 40 that wanders onto their property.

2. THE FEARFUL GUN OWNER
You don’t want a gun so much as feel like you need one. You need it not as a tool, but as a weapon, to be used as protection from other people. The fact that you feel your life is in danger from other humans to the point that you see the need for a lethal weapon to protect yourself means you are afraid of what might happen if you didn’t have that gun.

Perhaps you say you are “happy” to have such a weapon for protection, but would you not be happier to not feel that need at all? I don’t feel a need to have a gun to protect myself, and I’m happy about that. If I felt I had to carry one on me at all times, always ready to unload on some villain at a moment’s notice to prevent my death or the deaths of innocents, this would not make me happy. I don’t want to live that way.

I will admit I am privileged to live in a place where I don’t experience that fear. However, there is much debate as to just how much more (or less) safe having a gun is when one feels they need it for protection. That’s not the point I’m addressing here. The point is that fear is a primary motivator for a large portion of gun ownership, not to examine whether that fear is rational or if purchasing a gun will either alleviate the fear or enhance their individual security.

And finally we have …

Unlike the previous two, there is considerable overlap between the fearful and the angry gun owner. And it’s not just Yoda pointing this out, but Rush. And I ain’t talkin’ ‘bout the Limbaugh.

Limbaugh is all about spreading fear. Conversely, Rush lyricist Neil Peart (I’ve interviewed him – Great guy) revealed the connection between fear and hatred in the 1981 song “Witch Hunt.” Some snippets of the song include: “Madmen fed on fear and lies to beat and burn and kill” and” and “Quick to judge, quick to anger, slow to understand. Ignorance and prejudice and fear walk hand in hand.”

But it can go beyond fear leading to hatred, and toward a desire to kill. And perhaps some people take pleasure in having this murderous desire. They are “happy” about it. But that’s not my definition of happiness. That’s just fucked up.

There is a subset of the angry gun owner I think of as The Wannabe Hero. I’m going to create an imaginary scenario, and I dare you to deny that this person exists.

Imagine a white male. He considers himself a Christian and feels like there is a war on white men and on Christianity. He always carries a gun because “you never know when you’re going to need it.”

And he fantasizes about needing it.

Here is one of his extreme fantasies: He’s in a public place. Three Muslims come in with AK-47s and begin to spray the crowd while shouting, “Allāhu akbar!” He, the brave defender, leaps to the rescue and drops them all with three neat head shots. He’s a hero. Sean Hannity has him on his show. Trump gives him a medal. His life now has meaning. He’s like the action star of those movies he loves. Maybe they’ll make a movie about him!

use guns in anger to kill anyone they don’t like. In fact, there has been a dramatic increase in shootings motivated by racism, religious hatred, or misogyny in the last five years.

It is the angry gun owner that scares me most of all, and they are unfortunately prevalent.

I don’t want to ban guns, but I would very much like to live in a world where there was much less fear and anger.