The Tale of the Old Man on the Bicycle 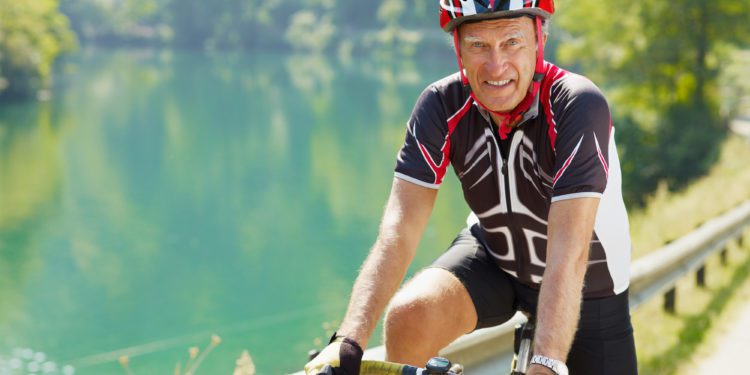 I almost did a 180 and chased after him.

It wouldn’t have been the first time I’ve done something like that. When I see a potential story, I will sometimes go up to a stranger, introduce myself, and ask if they’re interested in being interviewed for an article. I don’t believe I’ve been turned down yet.

But I didn’t chase after the old man. He would have been hard to catch anyway.

I’ve lost count of how many times I’ve seen him riding on the path. He’s a counter-clockwise guy, and I’m not, so we come face to face. He has a nice bike and good gear and he doesn’t let mediocre weather stop him; he just dresses for it.

I mentioned that he’s fast.

At fifty, I’m a little bit of an old man. And whether it’s running or cycling, I think I’m pretty fast for my age. This man looks to be closer to eighty, and he is also fast for my age.

I thought there might be a story there, but I did not chase him to see if he would want to be interviewed to tell it to me.

Because I already know a big part of it.

I already know it because one day I want to be that old man.

I ride my bike a lot, and most of the times that I do, I see him. We give each other a nod. I think he’s beginning to accept me as a fellow regular, because today there was a nod and also a smile. Like he was silently saying, “You too, eh?”

I could have asked him when he started out, why he rides, what his goals are … that kind of stuff. I’ve written plenty of those inspirational types of stories. Rush drummer Neil Peart told me he would ride his bike on tour all the time to keep his fitness up to drum for a three-hour show.

I’m certain this old man has a story about his bike riding, and perhaps I could have told it, but the part I don’t need to hear is how he feels about it. He’s out there day after day, riding fast and hard, acknowledging his fellow riders, and sometimes giving them a smile, because he’s enjoying himself.

He’s enjoying himself; he likes doing it.

Maybe he also thinks about his health and his weight and fighting a valiant delaying action against age, but I know his type. I amhis type. He rides mostly for the pleasure.

Alas, when it comes to fitness, too many ignore this fundamental principal of seeking activity you can find joy in doing.

Riding is one of the things that brings meaning to this old man’s life, which is why he’s willing to throw money at equipment and clothing and spend hours doing it day after day. Perhaps his friends are on the golf course, but he’s on the path, eating through the miles, straining and sweating, and feeling good.

Three decades from now, I want to be that old man. I believe that I will.

Because I know why he does it. I do it for the same reasons.

Except there is no way I’m going to start riding counter-clockwise.