The REAL Viagra for Women 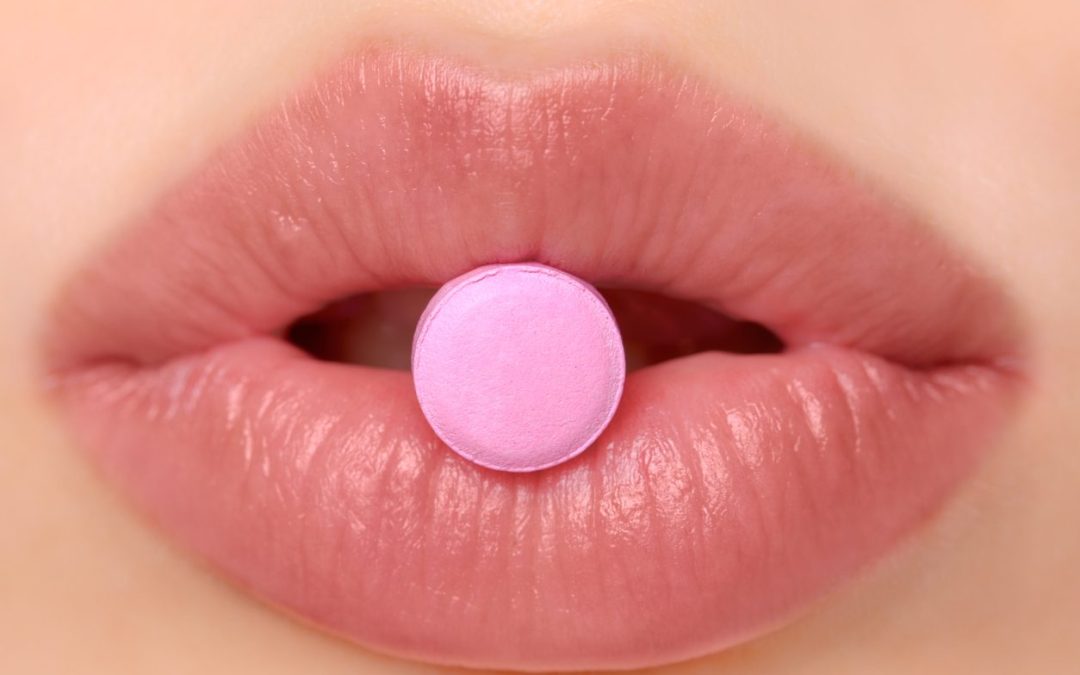 Everyone is different, but even the “couples appeal” section of the pornographic Internet isn’t usually the answer to waning sexual desire in women. At the risk of promoting stereotypes that nonetheless have a basis in fact, a woman’s sexual desire is more complex than a man’s.

We have Viagra and Cialis and that kind of stuff, which is purely a physiological pharmaceutical. Dude wants to bump uglies but can’t get a boner. Take a pill, get a boner, problem solved.

Now we have the advisors to the FDA recommending a so-called “pink Viagra” or Viagra for women, or something. It sure ain’t no boner pill. It’s a neurological agent. It makes stuff happen in the brain that allegedly affect female desire. But according to this article on NPR it probably doesn’t work that well.

From the article: “FDA reviewers concluded that the drug could boost libido in some women and increase the number of satisfying sexual experiences, but noted those effects are ‘numerically small.’” The article also stated that this female Viagra ignores the role of fluctuating hormones, like what happens during menopause.

So what are my two cents?

First off, I’m not a sexologist or any of that stuff. Yes, I’ve written a fair number of well-received relationship articles, but it’s important for me to reiterate that any advice I offer is based on personal experience and reading stuff about sex and relationships on the Internet, because I find the subjects interesting, even when both hands are on the keyboard.

That disclaimer done, I don’t hold out much promise for desire in a pill for women in the near future. As the article states, the push for such a thing has a major financial motivation. Men and women want such a pill, even if there are significant side effects and it doesn’t work that well. For a time, at least, the hype will equal big sales. There might even end up being a placebo effect.

Based on my understanding and personal experience, there are three things that do have a profound effect on a woman’s sexual desire, and they work especially well in concert. Please note that this works within the context of a relationship. I’ve been monogamous for over a quarter century. Don’t ask me for any pickup artist advice. Also, please note that my personal experience and understanding is based on heterosexual relationships.

1. Being Healthy and Happy with Your Body

If she is in good physical condition and happy with the way she feels and looks, a woman is going to have a higher sexual desire. Yeah, baby. I’m hot and I know it and I’m going to rock my partner’s world!

Feeling good, being mostly free of pain and discomfort, and having higher energy levels and physical fitness, coupled with being happy with her appearance (Photoshopped media imagery and impossible beauty standards be damned) creates a situation where women are far more likely to feel sexual desire and to enjoy sex more often.

3. Having a Good Partner

I think a big part of having a good partner relates to the previous recommendation of reducing stress. Without sharing too much information, I do endeavor to help my wife keep her stress level low, helping out with unpleasant tasks, taking pressure off her whenever I can, making sure she gets enough sleep, and generally not acting in a way that is going to stress her out. So, if you’re a partner of a woman whose sexual desire you want to assist in increasing, help her reduce her stress level in whatever way works best.

Also, it’s important for the partner to help keep them interested, by giving them a reason to be interested.

In long-term relationships I think women just lose interest in sex because they’re losing interest in their partner, because said partner isn’t doing much to keep them interested. This partner lets themselves go, they don’t make romantic gestures, they get curmudgeonly, they ignore their personal hygiene, they see sex as something they’re owed or that they just need an outlet, rather than having genuine love and desire for their partner as an individual and a human being and helping them with aspects of #1). When the partner works on themselves to be someone who is genuinely worthy of desire, and treats their woman like they are the center of their universe, it’s going to help that woman a lot in terms of her wanting sex and enjoying it.

These are simple suggestions, no references or science or credentials or stuff like that. Take it or leave it.