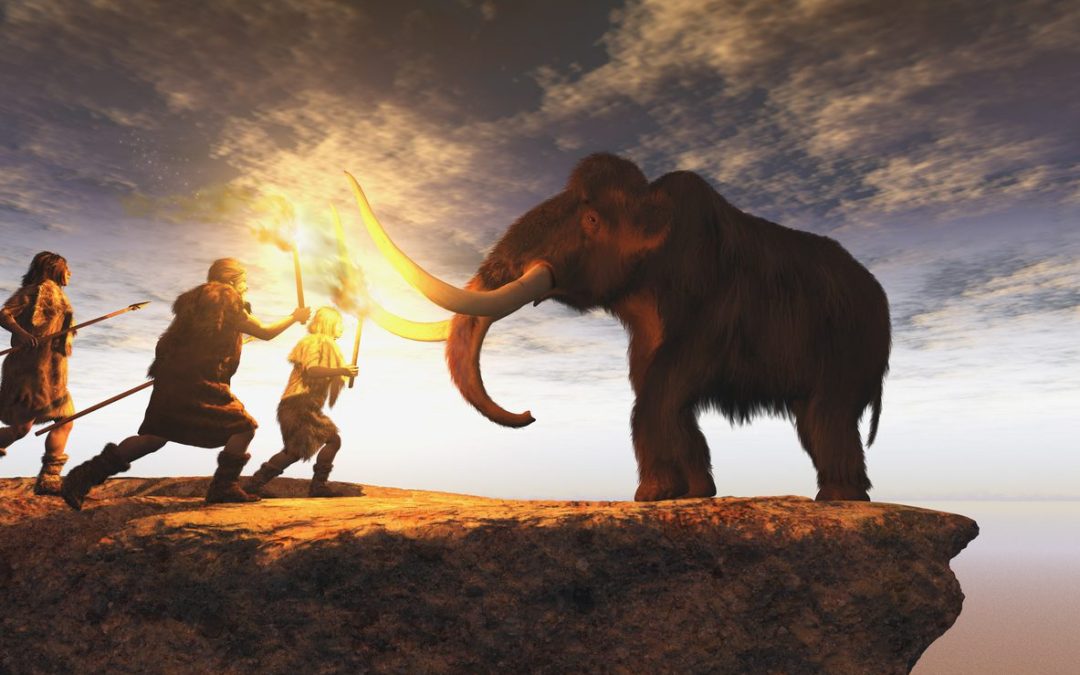 There is immense power deep within your DNA, waiting to be unlocked.

Humans and Neanderthals have a common ancestor dating back to half a million years ago. But as you will see, Neanderthals split off and became the superior species. How is it possible that they were superior if they’re no longer around, you ask? Patience. All will be made clear.

The first and most important part to explain is that Neanderthals do still exist; they exist within you. The average human is made up of 2% Neanderthal DNA, and this program is all about making that 2% the dominant 2%. Are you ready to unleash your full potential?

Nonsense. The Neanderthals were just in the wrong place at the wrong time. It’s only dumb luck that caused the far inferior homo sapiens to rule the world.

400,000 years ago the Neanderthal ancestors left Africa for the harsher climes of Europe in search of more abundant game and … adventure! They thrived, and they changed. First off, these were the superior, more hardy, intelligent and adventurous of the early humans. What we know as human today wouldn’t disperse from the African continent until more than 300,000 years later. They were too wimpy to accept the challenge of heading into dangerous, unexplored territories to conquer it and rip the meat from the bones of new and interesting wildlife. They were the beta males of the day. Neanderthals were the earliest examples of being the dominant alpha male.

To handle the colder climates and tougher prey they had to stalk and kill, Neanderthals grew more muscular and powerful. When homo sapiens finally grew a pair and left Africa they had changed as well; for the worse.

Because water was scarce in Africa, natural selection favored physiques that could excel at endurance. It bred people who were lean cardio junkies who were big on eating carbs. When they met up with their ancient ancestors in Europe who had been thriving there for millennia – the Neanderthals – there were significant differences, primary among them being that Neanderthals were, on average, 80% stronger and far more muscular.

Some of these Neanderthals went slumming and interbred with homo sapiens, and lucky for you that they did. That’s where your 2% Neanderthal DNA comes from.

Neanderthals also had a larger cranial capacity, indicating that they were probably more intelligent. Remember, these were the ones who had the audacity and intelligence to disperse from Africa more than 300,000 years earlier than homo sapiens, so they were most certainly not an inferior race.

And homo sapiens didn’t kill them off, a super volcano did. Like I said: wrong place, wrong time.

Approximately 40,000 years ago a volcano in modern day Italy called Campi Flegri went full Chernobyl and wiped Neanderthals from history. Homo sapiens were lucky enough to have spread a little further away from the volcano and survived the eruption.

Through my secret dietary and training protocol you can become the ultimate modern human: stronger, faster, smarter and more resilient. What’s more, you’ll become immune to all human diseases by making your Neanderthal DNA dominant. You’ll never get sick again! You won’t even need to get vaccinated.

Here are the basics of the Unleash Your Neanderthal DNA Protocol:

I know paleo is all the rage, but paleo is still about being a wimpy homo sapiens. You need to go back further than paleo and become the ultimate human by bringing your Neanderthal genes to the fore.

Join me in forging a superior race to dominate the earth.

DISCLAIMER: James Fell and Alpha Neanderthal Enterprises are not responsible for any sickness, injury, adrenal fatigue, delusions of grandeur, sanctimonious proselytizing or death that results from following this protocol.