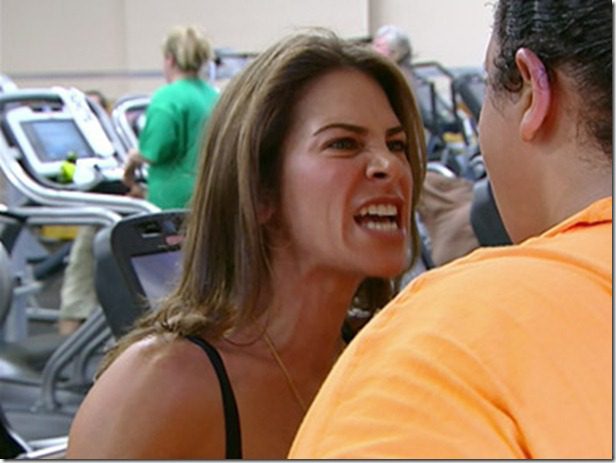 I feel a disturbance in the balance of the force.

As I write this, Jillian Michaels is a mere three miles from my house. She is at the local GoodLife Fitness teaching her new class called BODYSHRED (Trademark symbol, hashtag awesome, hashtag whatever).

My wife made me promise not to go heckle her.

Actually, should I choose to do such a thing, I would likely be placing myself in physical danger, as undoubtedly the legions of Jillian idolizers would pummel me with copies of Master Your Metabolism and Making the Cut.

I do not hate Jillian Michaels.

I don’t know her. It’s foolhardy to loathe someone you have never met. I do, however, detest many of the things she does. I am well connected in the fitness and weight loss community. I count as colleagues and friends some of the most respected fitness experts and obesity researchers in the world. Very few of them have anything complementary to say about Ms. Michaels.

She threatened to sue me once.

In a now famous / infamous column in the LA Times I called her “an actress playing the role of a fitness trainer on TV.” Then I posed some questions about her certifications. For the first time in over three years since that incident, I’d like to clarify some things.

And, of course, there is the fact that I sourced three separate actual kettlebell experts who said her technique was abysmal.

She very publicly threatened to sue. The LA Times did issue a correction that she had not in fact let her two (not kettlebell) certifications lapse. No lawsuit was filed, and the statute of limitations expired a year later.

I want to reiterate three things:

And finally, NO KETTLEBELL CERTIFICATIONS! That was the point of the whole piece that Jillian and many of her fans – one of whom emailed me and threatened to “cave [my] head in with a kettlebell” missed.

Jillian has removed the saddle on stationary bicycles for obese contestants so they were forced to stand while riding. One slip could have been catastrophic. For a person with obesity this is even more dangerous, leading to severe injury. I guess that makes for “good TV.”

But let’s take a look at some of her good TV “motivational” quotes:

Some people are. Some love her. Some like her DVDs as well. Perhaps some of these DVDs are even good. I’ve never watched any other than the kettlebell one. I do know some people who like them. Perhaps her BODYSHRED class is good. Perhaps it adheres to sound principles of exercise physiology.

I don’t hate Jillian Michaels, but I hate some of the things she does. I hate the way she treats people on The Biggest Loser. I’m pretty sure that any trainer who behaved in such a way in a professional gym would be shown the door in short order.

If Jillian wasn’t willing to act in such a way on TBL, the producers would have found someone else who would have and we would likely never have heard of her.

And the producers are just giving people what they want. Any show based around sound training practices, rational weight loss schedules, and using proven techniques of cognitive behavior change wouldn’t last past the pilot episode. It would be boring and no one would watch it.

Jillian is not the one driving that train; she’s just on the crew manifest.

Look what just got dropped off at my front door. 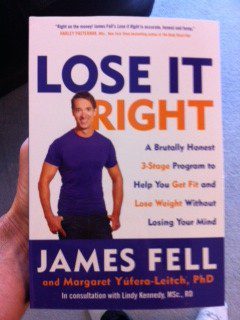 It’s the first advance copy of my book, available from Random House Canada on April 1. Now I’m tempted to sign it and go hand deliver it to Jillian.

After all, she figures prominently in the chapter entitled “Metabolism Myth Busting.”

This piece was first published on my old website on March 3, 2014.