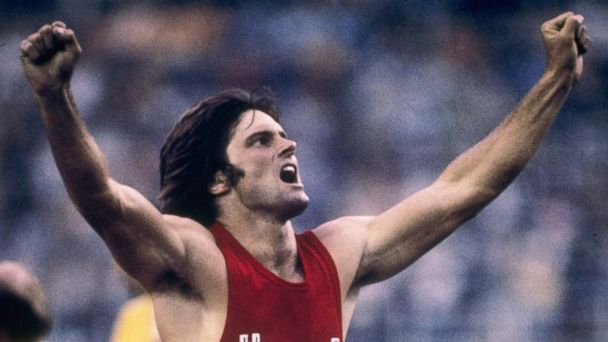 The Summer Olympic Games have only been held once in Canada: Montreal, 1976. Bruce Jenner seized gold in the decathlon.

Last summer I was part of a running relay team raising money for kid’s cancer. Two Canadian Olympians were on my team: a pentathlete and a heptathlete. After the race (we won!) we were chatting about how I’d recently interviewed the “World’s Fittest Woman.” A.K.A. that year’s female CrossFit Champion. A.K.A. I used quotation marks for a reason.

If you’re not up on your numeral prefixes, deca is more than penta or hepta. Both my Olympian teammates agreed that the fittest person in the world, if you can even qualify such a thing, would not be a CrossFitter, but a decathlete. Their assertions were partially based on historical tradition: at the 1912 Olympic Summer Games in Stockholm King Gustav V of Sweden was quoted as saying to decathlon winner Jim Thorpe, “You, sir, are the world’s greatest athlete.”

What is a decathlete? Answer: Someone who is awesome at a lot of different stuff that demands physical power, strength, endurance, coordination and timing. Many regular people run marathons, enter powerlifting competitions, or pose on stage in bodybuilding and other physique events. They play in hockey leagues and even do the CrossFit games.

But there is no such thing as a mediocre decathlete. No one does this as a New Year’s resolution. Decathletes are the baddest of the badass. To understand why, it’s important to know …

What is the Decathlon?
Decathlon is ten combined track and field events over two days: four runs, three jumps and three throws.

The Runs
The distances are 100m, 110m hurdles, 400m and 1,500m. The competitor needs to possess peak energy sources across the spectrum: the phosphagen system for the short-burst power of the sprints, the glycogen system for the 400m, and tapping into the oxidative system for the 1,500m run. It’s kind of like expecting a car to be capable of drag racing while also getting excellent fuel economy.

The throws
Discus, shot put and javelin. Again, it’s about short-burst power production, coordination and timing. Mental toughness is primary as well because you’re digging down to your toenails for every ounce of energy you can muster to hurl an object as far as you can using every part of your body available.

Who is a Decathlete?
Like I said, they’re badass.

They’re able to train their bodies to achieve peak ability in an array of physical contests that can be physiologically contraindicated. To excel at one can come at the expense of another. It requires attention to detail and near superhuman dedication to be a competitive decathlete. To win gold at the Olympics at this event means being the very best of the very best.

I’ve interviewed many Olympic champions, and the one thing that defines them more than any other is their passion. They’re almost singularly dedicated to achieving ultimate excellence in their sport. The sacrifices they make are legion. They have massive support systems in place in terms of family and coaching. They want to win, yes, but they love their sport even more. Their love of their chosen athletic endeavor always comes through in these interviews. I interviewed Dorothy Hamill decades after her Olympic victory, yet her passion for skating was still much in evidence.

Olympic champions become heroes and role models whether they want to or not. They are thrust into the spotlight and must deal with the psychological pressure of adoring fans along with detractors, as well as aggressive media. Winning an Olympic gold medal, especially in a high profile event, instantly changes a person’s life forever.

To achieve Olympic glory Bruce Jenner adopted a training regimen of up to eight hours a day, sacrificing much and pushing through pain and exhaustion on a daily basis to chase an almost impossible dream. Jenner overcame a learning disability in school, crediting it with teaching the young athlete the value of hard work to achieve goals. In 1976, the glory was rich indeed, as the cold war was hot, and Jenner captured the gold from defending champion Nikolai Avilov, a Soviet.

Bruce instantly became an American hero, but retired from sport to pursue a career in media and entertainment. In 1986, Jenner was inducted into the Olympic Hall of Fame, and deservedly so.

This is the Bruce Jenner story, the athletic career part, at least. There is much more to Bruce than questing for, and achieving, Olympic glory, but it’s this story – the story about why so many people know the name Bruce Jenner in the first place – that many people seem to be forgetting about right now. It’s the story of when Jenner was, for a time, the world’s greatest athlete.

I just wanted to remind everyone of that.