Swimming Is the Worst Way to Get Fit 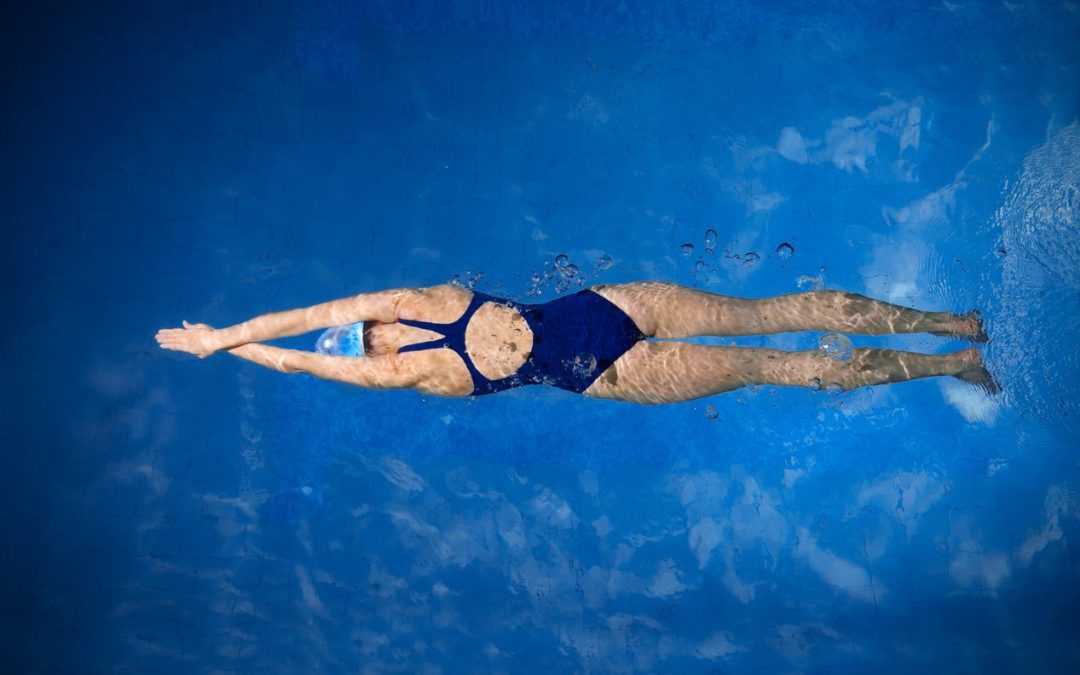 Fish have sex in water.

When you’re doing bench press you can be reasonably assured that a whole bunch of people did not have sex on that bench. Probably not too many people have peed on it either.

But swimming is one massive involuntary exchange of bodily fluids. Public pools have urine concentrations that are five billion parts per million. Chlorine is a chemical. Don’t get me started on all that dihydrogen monoxide shit.

Lakes have weeds that you just know are going to reach up and wrap their slimy tendrils around your ankles and pull you down to a watery grave.

And swimming in the ocean? Forget about the high NaCl concentrations, ever hear of MOTHERFUCKING SHARKS?

Oh, you heard you’re ten times more likely to die from a falling coconut than being eaten by a shark? That’s bullshit
militant vegan propaganda. They want you to believe that coconuts have it coming when you drink their blood, and that sharks are just innocent, sentient creatures and not murderous, mega-toothed death fish.

British Petroleum didn’t spill all that oil into a 24-Hour Fitness. They dumped it right into the Gulf of Mexico. Where people swim.

There is also the harsh reality that 10 people drown in the United States every day. That’s five times higher than how many cyclists die each year, and cyclists have to dodge cars. I don’t know how many people die from dropping a barbell on their neck each year, but I doubt it’s 10 a day.

Who needs swimming? It’s a totally non-functional movement. Sure, the planet is 70% water, but just wear a lifejacket every time you’re near it. Problem solved.

But a famous lifter? Schwarzenegger. Lou Ferrigno. The Rock. That guy who plays Thor. Not the scrawny Hunger Games brother. The other one.

And now I’ve just given you a bunch of excuses not to do it. Never mind that those excuses are all bullshit. If I wasn’t so blatant in the sarcasm I could twist the research to write a seemingly convincing piece picking apart all the “reasons” why swimming is a terrible way to get in shape and why you should never do it. And people who don’t want to swim would eat it up because it would feed into their bias.

Such is the case with a recent excremental use of electrons in the Vice article “Running Is the Worst Way to Get Fit.”

The article description begins with Fighting Words is a column in which writers rub you the wrong way with their unpopular but well-argued opinions on fitness, health, nutrition …

I take issue with the “well-argued” part.

The piece, by one Nick English, is written for clicks. Those who hate running will read and share because it can make them feel superior in their choice to not run. Runners will hate read it and say, “Fuck this stupid fucking Nick English fuck.”

As a way to drive traffic, it’s lazy but effective. And now I’m complicit. But perhaps by warning you about this article you won’t be as tempted to click the next dogshit diatribe against a physical activity that humans excel at and are genetically programmed to engage in.

Let’s expose some of the bullshit in this piece:

The author then revisits the “targeting belly fat” link mentioned above saying one group “did high-intensity sprints,” but nowhere in the full article is the word “sprint” or even “anaerobic” mentioned. And the abstract clearly points out that these were aerobic interventions. What’s more, the article states: “The study was also limited by an incomplete dietary analysis; this did not allow for an accurate analysis of caloric intake and expenditure.”

And diet is kind of a big deal when it comes to fat loss.

As I showed in this article, a big reason why lifters appear to have lower body fat than runners in the general population boils down to individual psychology and goals. Lifters are part of an environment that often puts focus on nutrition and physique, frequently with a desire to unveil newly built muscle by reducing body fat. Runners, conversely, often use their running as an excuse to eat more. Also ignored is how various types of exercise affect eating behavior at the physiological level.

Here is another quote to show how the author misrepresents the research:

“Studies have shown [<three separate links] that shorter sessions of anaerobic training, like fast-paced resistance training or sprints, are just as good for heart health as long, drawn-out runs.” Let’s ignore the negative language associated with “drawn-out” and instead reveal how the first study doesn’t look at anaerobic exercise, but once again only compares lower intensity aerobic vs. high intensity aerobic. Most of the runners I know engage in a wide variety of intensities and even do interval training runs in the anaerobic range.

The second link shows that high-intensity intervals improve anaerobic capacity. Fucking duh! It’s specific adaptation to imposed demands. When you train the anaerobic energy system using intervals, you’re going to improve how that system functions. Intervals also build aerobic capacity, which shouldn’t surprise anyone. Even a guy who only lifts weights is likely going to be able to run better than one who just sits on the couch. The third study is much like the second: doing high intensity exercise improves your ability to exercise at high intensity. Like I said: duh with an f-bomb attached.

Again, we have an author who reveal he isn’t so good at analyzing studies. Of the third study above he wrote: “folks who did just ten sets of ten-second balls-out sprints on a stationary bike did a better job of improving endurance and power output than medium-intensity workouts lasting 20 to 25 minutes.” But I’ve read more than just the abstract – I got access to the entire study – and that’s a misrepresentation of the data. First off, continuous training (CT) reduced blood lactate concentrations and interval training (IT) didn’t. What’s more, CT showed greater improvement in VO2max than IT did (11.7% increase vs. 9.9%).

Interval training did improve fatiguability in this study, which is why serious runners use it as part of their training regimen. Whether it was training for a 10K PR or qualifying for Boston, I’ve used interval training as a critical component for running faster races. That’s what interval training is for; don’t go believing the myths about it being some mega fat-burning exercise.

The author interviewed Lee Boyce, who I don’t know personally but is on my Facebook friend list. I’m sure Lee is a fine trainer but he makes some erroneous assumptions regarding distance running creating “chronic pain and imbalances.” I’ll go with the research and advice of two biomechanics professors that revealed to me that running is actually protective as long as you’re not stupid about it and run through pain.

Boyce also exaggerates the role of caloric “after burn” (excess post-exercise oxygen consumption) of high-intensity exercise, which I’ve shown have been significantly overblown in articles here and here.

Another trainer interviewed for the piece was Dean Somerset, who I know to be a smart guy, who makes valid points in regards to the hormonal benefits of high-intensity work. I think the piece overstates their value in fat loss, however, as the critical component in losing weight is dietary adherence.

The author gives the caveat that boils down to If you really want to run, then fine, go ahead. But he doesn’t exactly sell it as viable option, especially with that title and the opening line of “Running is a crappy way to lose fat and an inferior way to boost cardiovascular health.”

Why do factually-challenged articles such as this exist? I don’t see running magazines telling people lifting weights is the worst thing ever. In fact, many runners laud the protective (and other) benefits of adding resistance training to their regimen. I interviewed Dr. Mike Joyner, a physician-researcher and expert in exercise physiology at the Mayo Clinic and who once ran a lightning fast 2:25 marathon, and his advice in regards to aerobic activity and weightlifting are: “Do both.”

They each have unique benefits. When it comes to growing old, as an example, aerobic activity keeps the organs healthy, and lifting weights keeps you from getting frail. I like doing both; I find them a great combination, and it is why trainers like Alex Viada advocate being a hybrid athlete.

I surmise that runners rarely rag on lifting because, as the author of the piece in question points out, we’re winning the popularity contest with running being the second most popular physical activity (after walking). We have nothing to gain by punching down. What’s more, there is a business model associated with lifting in terms of getting clicks, pushing supplements and selling personal training sessions that benefits from presenting the iron as the be-all, end-all of health and fitness.

If people only want to lift, there is nothing wrong with that. By itself, lifting, especially when some high-intensity circuits / sprinting is added into the mix, is great for the body. And as long as you take care with your nutrition such an approach can give you the physique you desire. Adding some running or other aerobic work into the mix does come with undeniable additional benefits, however.

My point is that trainers (and writers) need to stop dismissing exercises like running as “the worst way to get fit.” Instead, they should understand how to train runners with weights to help them resist injury and improve in their sport, and warn them about how running does not equal a license to eat. They can also warn runners to take care to not train through pain or risk getting hurt. That applies to any exercise.

And if you’re a runner looking to get into lifting, pick a trainer who respects your decision to be rapidly bipedal. If they start telling you running is useless, perhaps find another trainer.

For more information on this subject, read my Cardio vs. Weights Cheat Sheet.