Sugar Is NOT Toxic 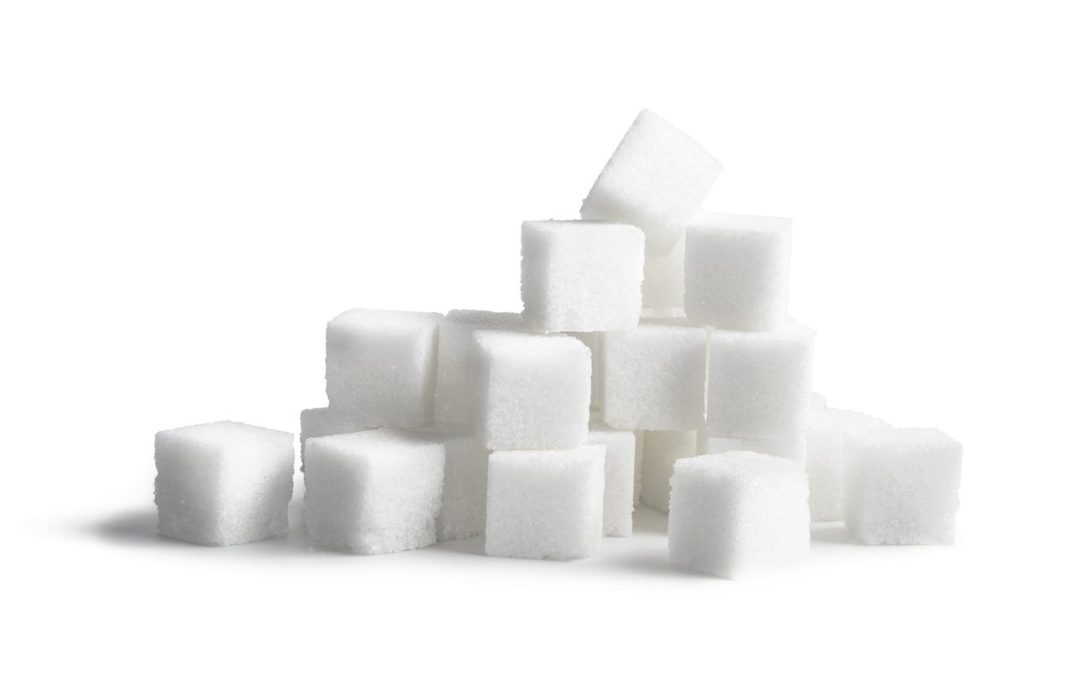 The Archies didn’t see a difference between the two when it came to some 60s hippy flower child they wanted to bang, and neither does your body. What’s the major difference? People freak out about the former and glorify the latter. Because honeybees, I guess.

You can buy cookbooks that proclaim to be “sugar free,” yet the recipes include honey and maple syrup. People just love to vilify that sugar bowl without realizing the bigger picture. I’ve already looked at the question of “Is sugar addictive” in this piece. The tl;dr? While eating can be considered addictive for a small portion of the population, sugar doesn’t meet the criteria for addiction. Sure, we can become psychologically habituated to it, but a person going through “sugar withdrawal” isn’t going to shove spoonfuls of table sugar into their face to get a fix.

Sugar is simply the demonized ingredient du jour. That’s why we have so many anti-sugar cultists who will be certain to misplace their excrement over the content of this article.

What’s the Difference?
Table sugar vs. honey vs. maple syrup vs. brown sugar vs. agave nectar. The difference is … taste, and that’s mostly it.

What? No way! I only eat paleo-approved maple syrup that was harvested using stone tools by workers wearing the hides of animals they stalked, stabbed and skinned themselves! My digestive system can only handle organic honey from hives that haven’t been invaded by genetically modified Monsanto death bees.

“They all act pretty much the same in your body,” Susan Kleiner said of these various types of sugar sources. A sought after sport nutrition expert, Kleiner has a PhD in nutrition and is a registered dietitian and author of Power Eating. Various sources of sugar can vary the ratio of fructose to glucose, and she told me that sugars that are higher in fructose and lower in glucose, such as agave nectar, aren’t as good for fuelling performance, “because they go through a different process and head to your liver.” Beyond that, it’s mostly an endeavor in separating fly shit from pepper.

“The short answer is that there is no difference,” Aragon said. The one small exception is agave nectar, he explained, which at around 90% fructose is sweeter, “so it’s possible it would cause you to consume fewer calories.”

Susan Kleiner sees raising one type of sugar source over others as missing the forest for the trees. “I’m not looking to get my micronutrients from honey,” she said. Kleiner explained that the differences are so negligible that it’s not worth fretting over. “There is no clinically significant difference in the health value of maple syrup over table sugar,” she said.

I buy maple syrup for my pancakes and French toast because I like the taste, not because I think it’s health food.

Is Sugar Toxic?
Yes, sugar is toxic, if you consume an absolutely ridiculous amount. Everything is toxic if you consume too much of it. As the adage goes: “The dose makes the poison.”

Is it toxic in the amounts most people consume? Not even close.

“The LD50—which is the median lethal dose that kills about half the people who take it—for sugar is about 30 grams per kilo of body mass,” Aragon explained. They tested it on rodents, just FYI. These aren’t evil scientists. I mean, unless you’re a lab rat. “For a 180-pound guy that works out to eating six pounds of sugar at one sitting to be 50% lethal.” Aragon went on to explain that the LD50 of salt is 3 grams per kilo of body weight. “Does that mean people will now say salt is 10 times more toxic than sugar?” Aragon said. “It’s ridiculous.” As for the claims that eating sugar feeds cancer cells, “It’s baloney. There is no evidence to support that.”

This doesn’t mean a high sugar intake is healthy. We’ll get to that part soon.

Development of Type 2 Diabetes
Aragon and Kleiner both assert that the link between a high sugar intake and the development of type 2 diabetes is indirect. I spoke with yet another expert on the matter, Raylene Reimer, a professor of nutrition at the University of Calgary and a registered dietitian, and she concurred: “It’s an indirect contribution,” Reimer said. “There is strong evidence that high sugar intake will cause you to gain weight, and by increasing body weight that contributes to the development of type 2 diabetes.”

Susan Kleiner said the debate about there being a direct role—meaning that there is something about sugar ingestion irrespective of it contributing to obesity—that causes type 2 diabetes is “hugely controversial.” And Kleiner told me, “As the data stands I cannot say that a high sugar intake directly leads to type 2 diabetes, but it is undeniable that in most cases, especially with inactive people, that high sugar intake leads to obesity, which leads to other health problems and alterations in internal biochemistry and physiology and this is what increases risk for developing type 2 diabetes.”

Alan Aragon agreed that it’s all about the obesity, regardless of what macronutrient intake causes it. Reimer did explain that there was another side to the story, saying there are those who think there is a direct causation between sugar ingestion and type 2 diabetes.

What is the Real Problem with Sugar?
As we’ve already explained, a high sugar intake is often related to higher levels of obesity. Much of this is due to ingestion of sugar in liquid form. “The biggest contributor of added sugar to the diet is in the form of sugar-sweetened beverages,” said Raylene Reimer. “This is your soft drinks and your juice drinks and sports drinks.”

Reimer explained high intake of sugar-sweetened beverages is especially problematic because it doesn’t trigger satiety the way solid food does, so we take in more calories and this contributes to obesity. Aragon opined that the issue is less about added sugars to foods these days than it is the fact that portions have become larger. In the old days Coke bottles were 7oz, but now we’re chugging 32oz cups to wash down our fast food meals. All of this contributes to obesity.

But there is also a problem with how high sugar intake pushes more nutritious foods out of the diet.

“High sugar intake can be a marker of poor dietary habits,” Reimer said, and Susan Kleiner explained, “Added sugar intake is especially problematic because it means less overall nutritional intake. When too much sugar replaces calories in your diet that would otherwise have more nutrient density it undermines total health.” Aragon agrees that the most worrisome thing about sugar, aside from obesity, is that, “You are displacing good carbs that have micro and phytonutrition and compounds that help prevent disease and replacing them with empty calories. Your body is better off if you eat a banana, which contains potassium and magnesium, than if you eat a caloric equivalent of sugar cubes.”

So, sugar isn’t toxic, but consuming lots of it instead of more nutritional choices means your body isn’t getting what it needs to stay healthy.

What to do?
Just because sugar isn’t toxic or addictive doesn’t mean go hog wild. The reality is that most people do consume too much sugar, and part of this is due to sugar-containing product advertising run amok. The stuff is everywhere.

Another thing that is problematic is high fructose corn syrup (HFCS). It’s not some diabolical chemical concoction that wreaks havoc on your innards. It’s just inexpensive. And because it’s inexpensive, companies can offer mega servings of soda for a small cost, and even add it to things like pasta sauce that makes their sauce a little more yummy / compelling than that other company’s sauce, and so people start buying more of the HFCS containing sauce because they like it better, and so the company without HFCS in their sauce needs to start adding HFCS to their pasta sauce in order to stay in business. And so on. It adds calories and palatability so we end up ingesting more calories overall, and therefore getting fatter.

Sugar isn’t toxic, but too much fat often is. I’m not talking about the fat you eat, but the fat you wear. No matter what some members of the group Health at Every Size say, my research for the Chicago Tribune shows excess body fat can have myriad toxic effects on the body.

Finding ways to cut back on added sugar intake, especially in the form of sugar-sweetened beverages, is a good idea. Going apocalyptic about it and purging it from your diet because you see it as Satan incarnate is just dumb. It creates a forbidden fruit mentality and can lead to a bad relationship with food.

You can still have your sugary treats now and then. Moderation is not a bad word.