Stressed Out? Get Relief with Exercise 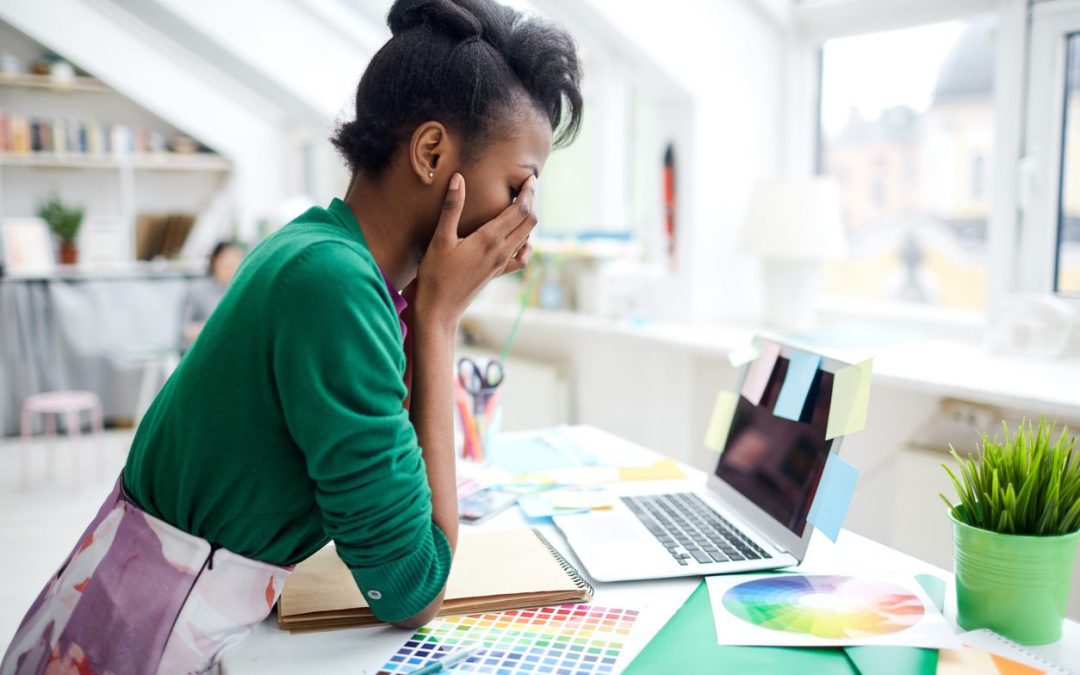 Do you ever feel like making a voodoo doll in the image of your boss, stabbing it full of pins, twisting its head off, then setting it on fire?

I remember those days.

Speaking of the old days, here’s to the good old mammoth-slaying Stone Age, when we knew how to deal with stress. I’m talking about the fight-or-flight response, an inherited advantage coded into our genes via natural selection. Say you were relaxing about the cave one day and in sauntered a grizzly bear. The resulting stress elicited a massive surge of adrenal hormones and you’d jump to your feet and go all caveman on the intruder with valiant stabbing or cowardly fleeing.

Either way, the hormone surge was short-lived. Soon you’d be roasting up grizzly steaks or muttering that you didn’t like that cave anyway and go off searching for a new abode to drag Daryl Hannah back to.

Fast forward a few millenniums, and it’s goodbye grizzly and hello to performance reviews conducted by supervisors with double-digit IQs. And as good as it might be for stress relief, you can’t kidney-punch a domineering boss and declare yourself alpha drone o’er the cube farm. Hooray for progress.

Instead, you send a snotty email to some unsuspecting IT guy about how your stupid keyboard isn’t Diet Coke-resistant or yell at a slow driver from the safety of your minivan during the drive home. And when you get back home you pour yourself a stiff drink and bitch at the kids to stop doing those things that kids do before collapsing in front of the TV to watch your favorite team lose or see “The Bachelor” give the boot to the one woman you thought deserved to win his heart.

But it doesn’t have to be this way.

Peaking at a 2006 copy of the Annals of the New York Academy of Sciences, I learned that exercise is the key to combating the stress of modern life.

The authors, from the University of Ioannina in Greece, first explain (in regards to the fight-or-flight response) that “stress responses can be elicited by emotional stimuli or professional and social stress.” No kidding. It takes just one negatively worded memo handed down from on high to get the glucocorticoids and catecholamines flowing, but these adrenal hormones go unused and are stored in visceral fat deposits, and this does bad things to you.

The review article then describes how these stored adrenal hormones disturb gonadal function (no wonder Viagra is such a big seller), as well as growth hormone and thyroid function. They explain how these “metabolic disturbances” lead to “comorbidities including central obesity, hypertension, dyslipidemia, and endothelial dysfunction.” In other words, unrelieved stress turns you into an artery-clogged hippopotamus with Limbaugh-like blood pressure and a lousy immune system. Oh, and it’s also hard on your brain.

The aforementioned cavemen didn’t have to worry about heart disease and senility. They usually became food for something else long before their arteries clogged up or their brains turned to tapioca. For real, this time: Hooray for progress!

Continuing on in PhD-speak, the authors inform us that “accumulating evidence documents the beneficial effects of regular exercise in preventing or ameliorating the … comorbidities induced by chronic stress.”

There’s that word “comorbidities” again — something you want to avoid.

Researchers at University College of London agree that exercise significantly reduces stress-induced blood pressure. The more exercise the better, according to their review published in a 2006 issue of Biological Psychology, but even just 30 minutes at only 50% of maximum effort will help.

Mice of the world: You too can use exercise to escape the stress of the rat race. Scientists at the National Institutes of Health reported so in 2011 in the Journal of Neuroscience in a study that involved tormenting the crap out of the rodents.

The researchers paired male mice — usually loners — in cohabiting situations in which one was a bully alpha and the other a submissive wimp. Then they let the terror reign. Just FYI, I had some pet mice as a kid. I saw the mom eat her babies. I don’t feel much sympathy.

Unsurprisingly, the submissive mice became nervous wrecks — but only the ones who weren’t exercisers. See, there were two groups of submissive mice: lazy ones and workout warriors. The ones that got lots of exercise before the torture sessions took place were far more stress-resistant. They were still submissive, but the experience didn’t have the lasting negative effects that it did for the non-exercising mice.

The American Psychological Association has also weighed in on the subject of exercise and stress, noting online that “physically active people have lower rates of anxiety and depression than sedentary people.” This mood boost probably has nothing to do with that old myth about exercise unleashing a surge of happy-making endorphins, the statement adds, since there’s really not much evidence for this popular belief. Rather, chemicals such as norepinephrine may be behind it.

Still, the effect may be more than just chemical. “Exercise seems to give the body a chance to practice dealing with stress,” according to the APA. “It forces the body’s physiological systems — all of which are involved in the stress response — to communicate much more closely than usual.”

Of course, there are added bonuses to using exercise to relax. It burns calories. And it can help with your caloric intake too.

“The kind of stress that we experience today elicits eating behavior, whereas dealing with life-threatening experiences like a caveman facing a saber-toothed tiger inhibits it,” says Margaret Melone, an expert in eating behavior and the link to obesity.

She reports that the daily deadline-oriented stress of modern society is akin to what the cavemen felt when preparing for the onset of winter. “Seated in our genes under such stress is the craving of foods that taste good because they are higher in nutritive value and high in calories to protect you against famine — things that contain lots of sugar and lots of fat,” she says. Conversely, relieving this stress via exercise enables you to make wiser food choices.

Not only is stress killing you, it’s making you fat, which might also be killing you. You can’t beat up your boss, but you can take out your frustrations on a squash ball or pound the hell out of a pair of running shoes.

So, try that instead, and stay employed.