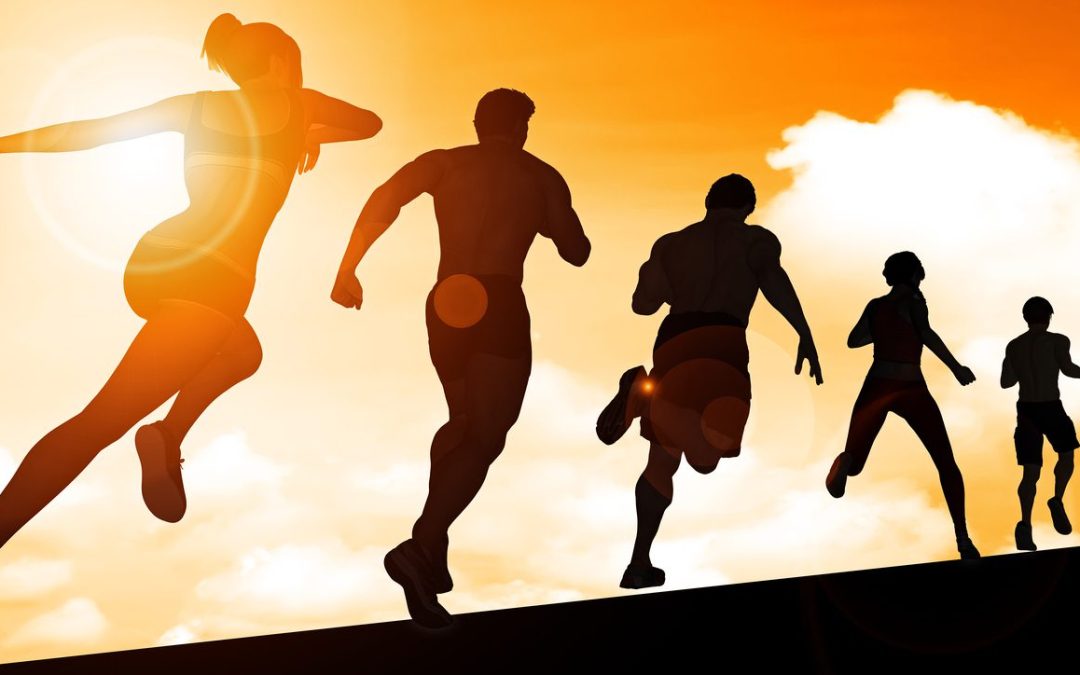 If the present tries to sit in judgement of the past, it will lose the future.

Churchill’s quote doesn’t mean we should not critically evaluate our past mistakes. However, examining that over which guilt is felt is not about being paralyzed with feelings of wretchedness. It’s a learning opportunity. You can look upon past mistakes and misdeeds with self-compassion, moving into the future a better person for it. Recognize you have self-worth; endeavor to be better.

Good to Great, authored by business consultant and Stanford University lecturer Jim Collins, is a bestselling book about companies that make the leap toward amazing success, and what they have in common. It was required reading for us MBA types.

Interestingly, much of it can be applied to individual human behavior to make a similar leap.

Because perhaps life is peachy, but feel the words of 20thcentury author and radio personality Earl Nightingale: “Most people tiptoe their way through life, hoping they make it safely to death.”

Nightingale was one of the few who survived the sinking of the USS Arizona during the attack on Pearl Harbor in 1941. As a child during the Great Depression, he lived in a tent city. He understood the human desire for security. It’s on that Maslow’s hierarchy of needs stuff, just above pooping and breathing.

Collins opens Good to Great with a quote from Beryl Markham: “That’s what makes death so hard—unsatisfied curiosity.” And yet, Gallup’s 2017 State of the American Workplace determined only one-third of U.S. employees feel engaged at work. Fuck that. Adventure is out there!

“Father of American psychology” William James asserted we use only the smallest fraction of our potential. It’s only under certain circumstances of constructive stress or deep feeling we tap into emotional reserves to strive for greatness.

You need to think like a boss. Part of doing so involves avoiding “self-induced dependence.”

Ellen Langer, the first woman to become a tenured professor of psychology at Harvard, published a study in 1978 in the Journal of Personality and Social Psychology involving mathematical problem solving while getting participants to question their competence. The subjects began working on these problems on equal footing. Later, some were given the title “assistant,” and others, “boss.”

Once given the subordinate title, “assistants” solved the problems only half as well as previously. This is because, as brothers and business professors Chip and Dan Heath wrote in their book about change titled Switch,such people adopted a “fixed mindset.” They “believe that their abilities are basically static.”

The fixed mindset is that you are who you are and can’t change that. Conversely, the “growth mindset” believes no matter who you are, you can change.

To achieve greatness, it helps to resist conformity.

A 2006 study by researchers at Arizona State University about “going along vs. going alone” opens with a quote from Mark Twain: “Whenever you find yourself on the side of the majority, it is time to pause and reflect.” The study asserts, “people are heavily influenced by the actions and beliefs of others.” Doing so is socially adaptive, allowing us to reach accommodation on matters of importance. Going along is both self-protective and beneficial for “mate attraction.”

I get the desire for sex part, but don’t forget the “make it safely to death” stuff. To stand out and achieve greatness on your terms, using your capacities and talents, you may need to go against conformist programming and be willing to do what others are not. You may have a good life, but the first sentence in Collins’s book is, “Good is the enemy of great.” It’s easy to settle, it is safe and secure, which is why so many do.

I want to relay some of the highlights from Good to Great that apply not just to corporations, but your corporeal being.

“Facts are better than dreams.” You need to create a climate in your mind where truth is heard. Do this by leading with questions rather than thinking you already have the answer, engaging in self-dialogue and debate rather than trying to coerce yourself, and conducting “autopsies” when things go wrong, without blame. This reiterate what I wrote earlier about learning from past mistakes. And it helped make billions for corporations. So … it’s good advice.

Another tip from Collins: “strip away so much noise and clutter and just focus on the few things that would have the greatest impact.” In other words, be a hedgehog, not a fox. Wait, what?

It’s a parable about how the fox sees the complexity of the world yet is scattered in its thinking. It keeps attempting crafty ways to make a meal of the hedgehog, who always uses the same simple strategy to avoid being transformed into fox feces: curl into a ball and present the spikes. Works every time. Hedgehogs aren’t stupid, “They took a complex world and simplified it.” The examples Collins provides of others who simplified the world with great success are, “Freud and the unconscious, Darwin and natural selection, Marx and class struggle, Einstein and relativity.”

Taking this a step further, Collins examines the “Hedgehog Concept.” It’s a Venn diagram where you find the intersection of three circles: What can you be best at? What are you passionate about? What drives your economic engine?

The last one may not apply, but in my case all three did when it came to a midlife career change. I saw no future in writing fiction because I wasn’t that good, and there was little money to be made, but health and fitness writing presented numerous opportunities, and I sensed I could be better at it than most. As my career flourished, I realized the aspect I was most passionate about, and had the talent to explore, was the psychological side of the quest for excellence; the subject of motivation permeated my writing from the beginning.

Collins goes on to explain we should not strive to be passionate about what we do but seek to do things we are passionate about. When we find our personal Hedgehog Concept, that which we feel destined to pursue, the author writes, there is a “ping of truth” to it, a feeling of rightness.

The book encourages you to preserve your core values and chase “Big Hairy Audacious Goals.” I’ll wrap up my lauding of Collins’s work with this quote: “The real question is not, ‘Why greatness?’ but ‘What work makes you feel compelled to try to create greatness?’” That’s an important distinction.

I want to give one more plug for rejecting that safely to death bullshit with another quote from SWC: “It always looks so easy to solve problems by taking the path of least resistance. What looks like the easy road turns out to be the hardest and most cruel.”

The cruelty being that you die, curiosity unsatisfied of the person you may have become.

What would things look like if you didn’t tiptoe, but made some leaps, and one day, hopefully a long time from now, you made it unsafely to death? Rather than strolling, what if it was a thrill ride?

If this idea appeals, take some time to ponder your Hedgehog Concept. We need to make some adaptations, however; you’re a being, not a business.

What are you passionate about that compels you to create greatness? (No adaptation needed on this one.)

What can you be best at? This is on your terms. The corporate world is cutthroat, but you can choose goals that have rewards without need for comparison. Using your capacity and talent to flourish as an individual doesn’t mean you must crush the competition. You don’t need to engage in competition at all.

Finally, if it’s career-oriented, what can you imagine that meets the two previous criteria andis marketable? Will it pay the bills?

Do that examination. Listen for the ping of truth.