Stop Shitting on the Elliptical Trainer 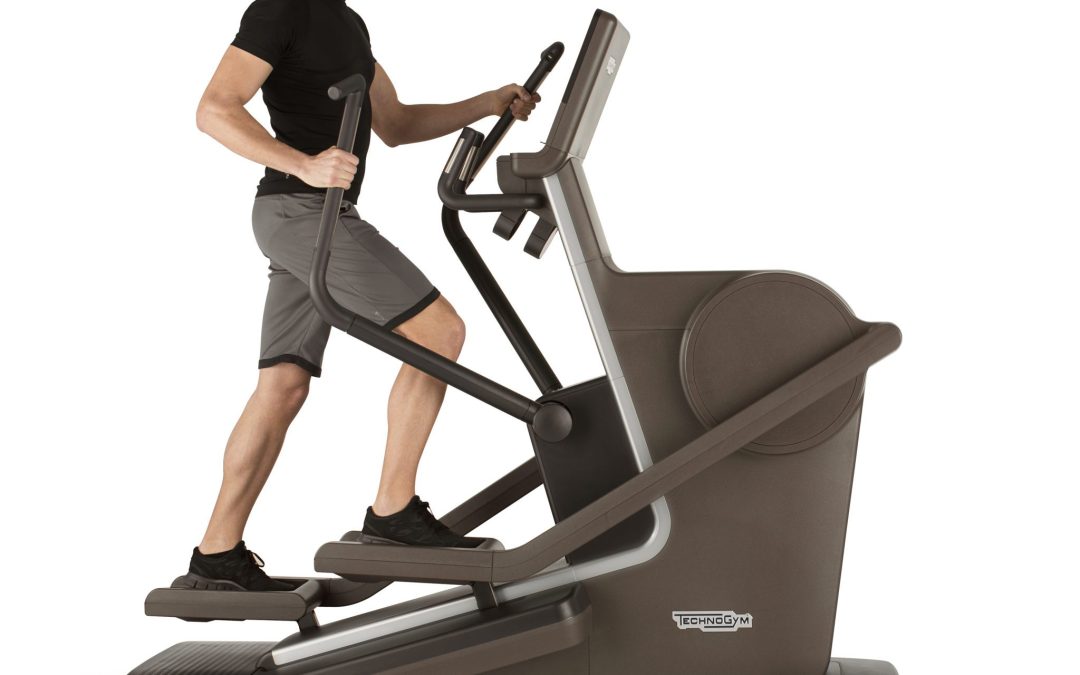 If you use the elliptical trainer, you are a [insert derogatory statement questioning your masculinity here].

You don’t want to be known as a cardio bunny, do you? Those things make you fat. You look like an idiot. It’s not a natural movement. DEADLIFTS FTW!

The poor elliptical, it’s the second most maligned piece of equipment in the gym, after that hip abductor thing that looks like it belongs in a gynecologist’s office. You need to stop shitting on it.

Please note that’s a metaphor. Although people have pooped themselves while running, so I expect it has also happened on the elliptical, but that’s not what I’m talking about.

Bros a’ plenty will deride a man for using this machine, but there is a reason ellipticals have spread o’er the land like whooping cough in a hippie commune. Sorry didn’t mean to compare the elliptical to a preventable disease. Elliptical = good.

First, some science: I spoke with Reed Ferber, who is an assistant professor of biomechanics at the University of Calgary and director of the Running Injury Clinic to get it.

“The elliptical best mimics the motion of running without the impact,” Ferber told me. “I think it’s good for people who are just getting into running as part of their weekly routine.” As someone who has been through the pain of transforming from non-runner to regular runner, I can appreciate how an elliptical can be used as part of a learn-to-run program to boost cardiovascular fitness without the pounding associated with running. Shin splints are the bane of most new runners.

“It is also fantastic in terms of returning to running,” Ferber said of injured runners. “It allows them to maintain their cardiovascular base without loading the joints.” Speaking of loading, Ferber explained that walking creates a load of approximately 1.2 X body weight. For hard running, it can be up to six times bodyweight. For the elliptical, it’s just barely above a walk in terms of load, coming in at around 1.5 X body weight.

Silvano Vanuso, head of the science department for Technogym, which manufactures a wide variety of fitness equipment including ellipticals, agrees that the device is designed with rehab in mind. “It is absolutely useful when a subject needs to execute a cardiovascular exercise with a low stress (ground reaction force) to knee, hip or lumbar spine.”

As Ferber said, the elliptical is the best device for mimicking the motion of running without actually running. “In terms of the movement itself it is very similar for the knee and the hip, but it’s not very similar for the ankle.” Makes sense, being that your feet don’t leave the device; there is no foot strike. But to best mimic running, don’t hold the handles.

“Holding onto the handles creates too much upright posture,” Ferber said. “A lot of people need their arms to compensate for what’s going on down below, so we encourage people to not hold onto the handles and just let their arms do what they want, and that better mimics the motion of running.” Good to know.

Ferber agrees that he’s seen stigma attached to the elliptical, because it is an awkward looking motion, but he asserts that it is biomechanically sound and beneficial, and not just for runners. It’s a great weight loss aid.

Joshua Danker-Dake is a writer and family man in Tulsa who got the freshman 15 factored by three while in college. He credits buying an elliptical for the home as a key component of his weight loss journey.

“After college I ended up working retail at a big box store for 14 months and got plantar fasciatis from standing all day,” Joshua told me. That meant running was definitely out. In 2005, after getting married, he decided to get in shape, and began using the elliptical for half an hour, six times a week, while watching movies.

Of course, dietary changes happened too, but, “The elliptical definitely was an integral part of the weight loss,” he said.

“When I started at the gym I was about a hundred pounds overweight. I had a torn ACL and so I knew I’d be restricted with what I could do. I did strength training with a trainer, but for the rest of the exercise I got on the elliptical.” She did weights about two hours a week, and the elliptical for six. Yes, diet changes too, and as a result lost 50 pounds in the first eight months. And as Ferber outlined, the elliptical helped her transition to running, which she loved, and she lost another 20 pounds.

“The elliptical played an important role in my weight loss, because it was something I felt capable of doing,” Lisa said. “Early on, being morbidly obese, trying to run made me really sad because I couldn’t do it. It was great transitory exercise, especially being on a torn ACL.”

Both Ferber and Vanuso agree that the elliptical should be treated like any other form of training, and should be used as one part of an overall conditioning program. What’s more, “Be reasonable about how you introduce it,” Ferber said. “You can still get injured on an elliptical if you overstress yourself.”

One thing many like about some ellipticals is the entertainment system. I never got into watching TV while exercising, but I did like the running route feature on some machines that simulates running though exotic geographical locations.

What about caloric burn? It’s not going to be as good as running, but a hard session on the elliptical trainer can get you up to about 75% of fast running in terms of calories burned, without all the pounding. But take those caloric burn numbers on the elliptical with a grain of salt. Ferber says that they’re only about 80% accurate. Silvano Venuso agrees, and is annoyed by how many companies exaggerate the caloric burn rates on their machines, and said his company takes great pride in using a rigorous testing process to ensure their numbers are as accurate as possible.

Regardless, it’s the “calories in” that really matter for weight loss. And whether your goal is general fitness, rehabilitation or weight loss, the elliptical is a piece of equipment with capabilities far beyond that of its reputation.