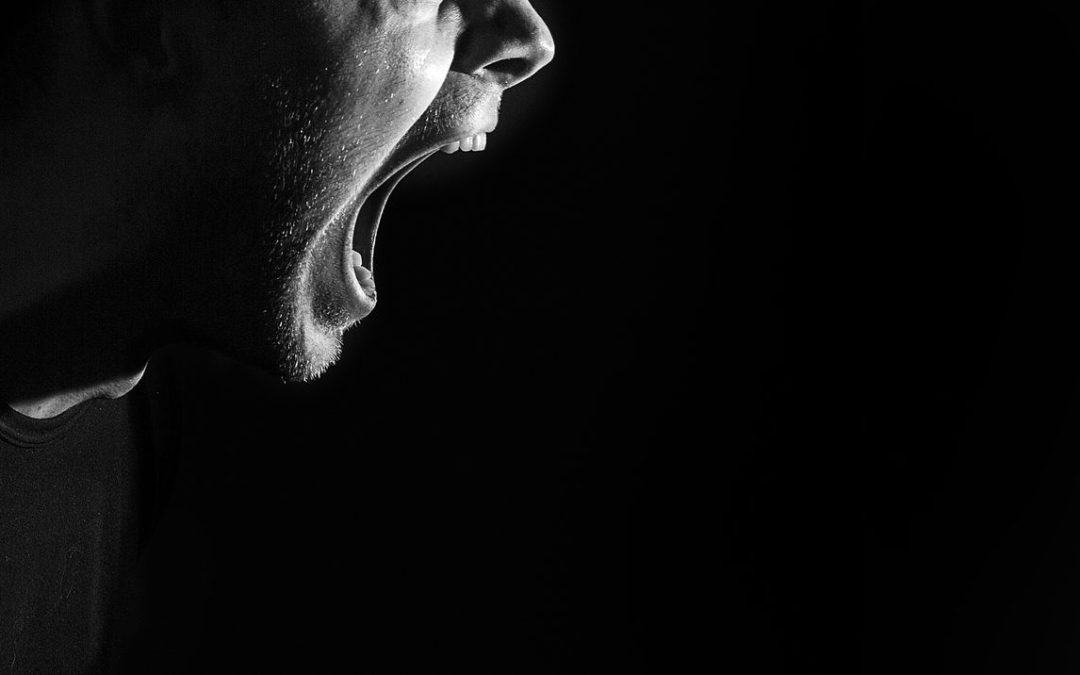 It’s not even based on good science, but since when was accuracy a concern for sexist douchebags?

I’ve lost count of how many times I’ve been called a cuck. It’s an ironic insult coming from some of the whiniest losers on the planet about how I’m not a real man because I allegedly need other men to “service” my wife. These are often guys who couldn’t get laid in Vegas with a suitcase full of money.

But cuck is old now. It permeated popular culture enough that as soon as someone used it, you automatically knew all you needed to about who proffered the insult: whiny sexist loser who should be blocked immediately.

“Soy Boy” is no different.

I was called one a couple of months ago for the first time, and I instantly knew what it meant, because it dates back to obsessive gym bro culture that alleged a diet high in soy would raise estrogen levels in men and decrease testosterone and semen quality, despite numerous studies to the contrary (here, here, here, and here).

Soy Boy is a “scientific” way of calling a guy a pussy.

Beyond the irony of the user of such an insult generally lacking in the masculine qualities they hold so dear, it’s the tired trope of how the most effective insult they can think of for a man is to compare him to a woman. He’s eaten too much soy and now his testosterone is low, and estrogen is high, and blah fucking blah.

As you can see from this Google Trends graph, the insult only gained traction late last year.

And the top Urban Dictionary definition is from less than a year ago. 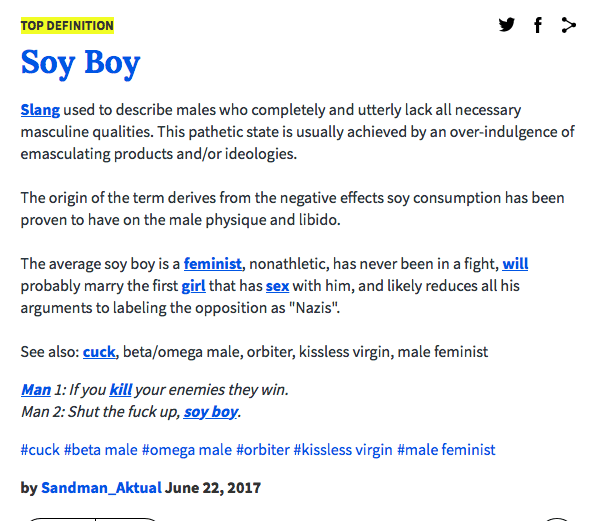 Because there are fake male feminists out there, I’m not in the habit of calling myself one, but many others do and I’m flattered. Beyond that, I don’t think I fit the profile. I’m athletic, I beat up my primary bully in junior high, I had a number of girlfriends before meeting my wife, and reserve the word “Nazi” for actual Nazis. Unfortunately, there is a real rise in Nazism these days.

If you look at the second top definition on Urban Dictionary, I don’t think I fit any of those either: 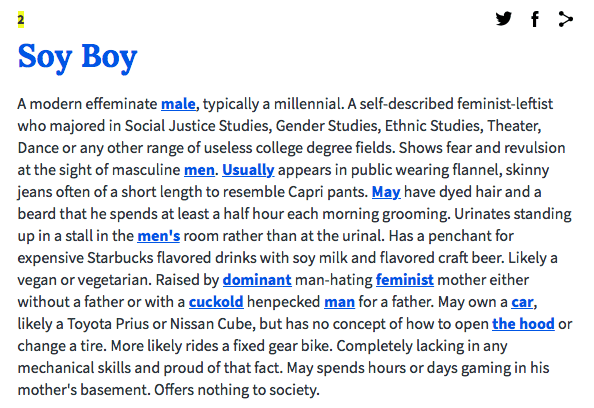 The reality is, there is only one thing you need do to be called a Soy Boy: be in favor of feminism.

I don’t care how masculine a man is or is not. The whole alpha male concept is bullshit. What the users of Soy Boy attempt to do, however, is equate male support of feminism with being weak, a virgin, unmanly, a loser, unathletic etc. How ironic that those who use such an insult and spout that “feminism is cancer” often have the qualities they so vehemently deride.

I’m ingrained in the fitness community, where feminism is alive and well. Yeah, there is still the toxic bro culture component, but there are also a lot of men in full support of feminism. The industry has many strong, muscular women who kick a lot of ass. I know several fit and successful men who have great appreciation for equality. Conversely, the one’s calling me a Soy Boy often use fake screen names. They lack the courage to put their identity on the line when railing against feminism. Their embracing of toxic masculinity rather than positive masculinity has made them fearful of women being equal to them, because they know they can’t compete. And being mired in their self-loathing and seeing themselves as so low in status already, they cannot abide having to contest with women as well as men. Their fragile egos can’t handle it.

The reality is that men who embrace feminism seem far more comfortable in their masculinity and who they are, whereas those men who deride it are fragile, fearful, and childish, lacking confidence in their ability to make any sort of mark upon the world.

And so, they hide behind computer screens and come up with silly insults to mask the insecurities they feel. Just like a fad diet, Soy Boy will eventually fall out of favor in this crowd and be replaced by something equally stupid.