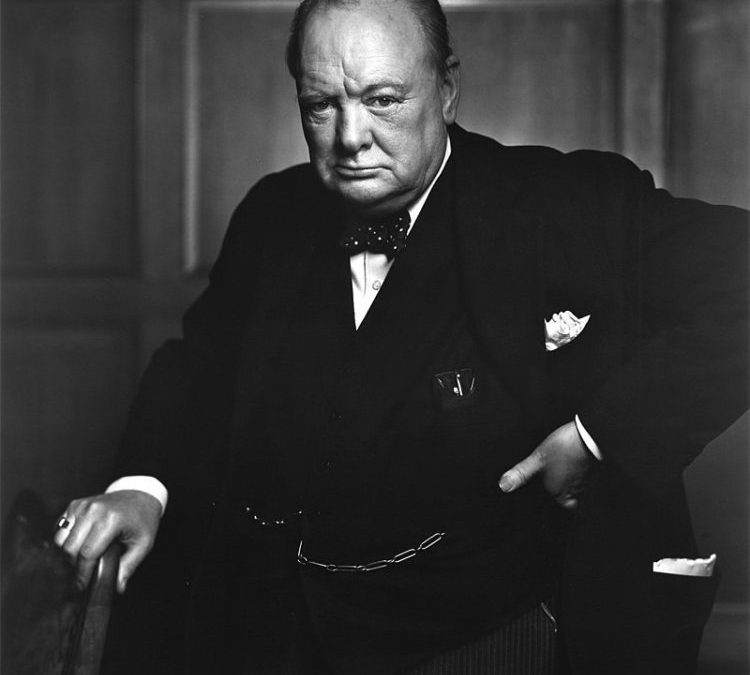 “If the present tries to sit in judgement of the past, it will lose the future.” –Sir Winston Churchill

“How dare you quote Winston Churchill! Don’t you know how horrible he was?” –Some social justice extremist dipshit

Ah, the professionally offended. How did previous generations ever manage to get through life not having the ability to broadcast their gripes to the world in the pre-internet age? Only the most determined would write a letter to the editor to relay their displeasure at some bit of commentary that vexed them. And if they were lucky and reasonably eloquent and at least somewhat cogent, that letter might actually get published.

Now, though, all you must do is log in to social media and seek out some minimal infraction to cry foul over.

That’s what happened to astronaut Scott Kelly, who has spent more time in space than any other human. He shared a Churchill quote on Twitter, and a group of social justice extremists jumped all over him for doing so, because Churchill was both great and terrible. They emphasized the terrible in an effort to erase the man’s accomplishments from history.

The backlash was enough that Commander Kelly decided to issue an apology the same day, writing: “Did not mean to offend by quoting Churchill. My apologies. I will go and educate myself further on his atrocities, racist views which I do not support.”

I’ve been called an SJW (social justice warrior) as a derogatory term more times than I can count. That’s because I’ve written frequently about two subjects I’m passionate about. One is fat shaming, the other is the mistreatment of women. I’ve ripped into men’s rights activists and Jordan Peterson alike for their bigoted views, and felt the wrath of the hate-filled replies. I’ve written viral pieces exposing how men treat women’s bodies like their property, and about the stigmatizing of obesity, and had these pieces dismissed as “SJW bullshit.”

As an aside, I love this quote by author Neil Gaiman:

I was reading a book … which included the phrase “In these days of political correctness…” talking about no longer making jokes that denigrated people for their culture or for the colour of their skin. And I thought, “That’s not actually anything to do with ‘political correctness’. That’s just treating other people with respect.”

Which made me oddly happy. I started imagining a world in which we replaced the phrase “politically correct” wherever we could with “treating other people with respect”, and it made me smile.

You should try it. It’s peculiarly enlightening.

In my mind, when someone throws out SJW as an insult, they’ve lost all credibility. My issue is certainly not with social justice, as that would be the height of hypocrisy. No, it’s extremism that aggravates me. I’ve called it out before in my piece on the weaponization of religion, writing:

Humans will screw up left and right with or without religion.

In my work I see dietary and fitness extremists who heap bullshit and do harm, and so I fight it. There are extreme behaviors in politics, economics, and finance that do harm. And yes, there is extreme behavior done in the name of religion; sometimes overt, other times subtle.

Fight extremism. Fight those who do harm.

And so, following my own advice from that piece, I’m fighting those who do harm: the social justice extremists. Those who take a good idea to ridiculous extremes and end up doing more harm than good.

Let’s get back to Churchill for a moment. Did you know that, after the Bible and William Shakespeare, Churchill is the third most common source of quotations? If not, then perhaps you are equally unaware that he was awarded the Nobel Prize in Literature “for his mastery of historical and biographical description as well as for brilliant oratory in defending exalted human values.”

Call out the evil he did all you like, but you cannot erase the man from history and proclaim his writings worthless because there was a dark side to him. Churchill was a man of his time, which means bigoted as all hell. He believed in taking up the “White man’s burden,” referencing a famous poem that supported imperialism by asserting the racial superiority of whites and their need to bring western civilization to “Your new-caught, sullen peoples. Half devil and half child.”

It was Rudyard Kipling who wrote that poem. Do we petition Netflix to remove The Jungle Book now?

David Bowie slept with girls as young as 14. Ender’s Game is one of the greatest science fiction novels written, and the movie was good too, but it’s author is an outspoken homophobe. Frank Baum, who authored The Wonderful Wizard of Oz, advocated for the extermination of Native Americans.

President Lincoln was racist. President Franklin Roosevelt authorized the firebombing of Tokyo, killing 100,000 civilians and displacing a million more. President Kennedy was a notorious philanderer who had “an abortionist in his rolodex” to prevent any love children from being born. President Obama has a legacy as the drone strike president.

Do we stop quoting these men? Do we cease to laud their many accomplishments?

It’s not just problematic historical figures. I’ve been lambasted for using the made-up word “dumbfuckery” because it supposedly is ableist.

I’m not saying, “Can’t we all just get along?” Because fuck that. Thinking that we can find middle ground between diametrically opposed views is just another form of extremism. In the modern political sphere, we have one side that isn’t too horrible, and another that seems to be sliding further and further toward evil. There are plenty of people out their spreading bad ideas who need to be stopped. I’m not going to negotiate the alleged merits of white supremacy with some dick cheese who calls himself a “Proud Boy.”

Being pissed off about, and directly opposing real evil is an honorable and necessary undertaking. Do it! Do it a lot. Call the fuckers out. VOTE the fuckers out. Take action to make the world a better place.

Social justice extremists are making it a worse place. They’re making all liberal thinkers look bad because of guilt via association. Yes, black face is horrible and cultural appropriation is a real thing, but stop freaking out because a white girl wants to dress as Moana for Halloween. Stop eating your own and focus on bigger issues.

You can take offense at and boycott what you please. This woman, who identifies as “queer” said she was a big fan of Ender’s Game as a child, but won’t see the movie or buy any more of the author’s books because of his homophobia, and that’s perfectly fine. It’s when people launch a crusade saying no one should buy his books or see such movies that there is an issue. Your choice need not be everyone’s choice. You don’t have to quote Churchill, but if you try to stop me from doing it I’ll tell you to fuck all the way off.

If everything is racist and sexist, then nothing is. Stop crying wolf.

Know where the line is. Focus on the important issues and get your facts straight. Don’t counter some brainless fuckwipe’s alt-reich story on Freedom Eagle dot net with an equally dubious one from Occupy Democrats.

The easily outraged bandwagon is full of those cuddling their emotional support peacocks, eating vegan fair trade organic 97% dark chocolate that tastes like combination of smashed badger asses and sanctimony, and wearing Che Guevara T-shirts despite the fact he wanted to put gay people in concentration camps.

Don’t be one of them.

Being outraged is fine. Being outraged is good, so long as it’s about things that matter. I’m not asking you to be nice. Fuck nice. Naomi Shulman said, “Nice people made the best Nazis. My mom grew up next to them. They got along, refused to make waves, looked the other way when things got ugly and focused on happier things than ‘politics.’ They were lovely people who turned their heads as their neighbors were dragged away. You know who weren’t nice people? Resisters.”

Stop resisting via bullshit causes. Jump from that extremist bandwagon and focus on issues that matter, because there is no shortage.

Change is hard, but you can do it. After all, “Difficulties mastered are opportunities won.”

Yeah, it was Churchill who said that.