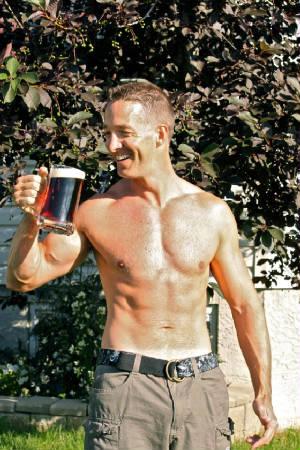 The realm of fitness is rife with reprobates.

If the comments sections of various articles and oil-slicked YouTube videos are any indication, many readers are equally cognitively challenged. Many see six-pack abs as a credential to establish one’s authority as a “fitness expert.” Sometimes, I just see it as a pain in the ass.

But I did it anyway (well, four pack, but whatever), because it’s kind of expected for me not to be overweight when I instruct other people on how not to be overweight. Not sure how Dr. Phil got away with it. His book sold millions of copies, and no one’s going to be asking him to star in the next 300 sequel.

For many, their opinion is that it doesn’t matter how many experts we interview or scientific journals we reference, if we have a hint of love handles we’re officially full of crap.

Full of crap is right. I actually did it for my wife and damn near went insane in the process, although I’m all better now.

This is why having six pack abs kind of sucks:

Imagine you jump out of an airplane without a parachute. Imagine all that gooshy stuff that belongs inside of you getting splattered all over creation when you impact the ground. The reason why that happens is because it’s the law. Of gravity.

We’re not talking hypothesis of gravity, or even theory of gravity. Mother. Fudging. LAW of gravity.

Those scientist folks are pretty uptight about what qualifies as a law. Now allow me to introduce you to another law: The first law of thermodynamics. (Again, not just a hypothesis or theory.) This is that one about energy not being created or destroyed something, something. It also means that when you want to see your abs, calories rule all.

Seeing your abs isn’t about endless crunches, it’s about losing the fat that covers them, and fat loss is about fewer calories in than out. Did I mention that beer has calories?

Yeah, quite a few of them.

Why it sucks
Beer is my choice beverage on days that life sucks, or when life is awesome, or [insert random excuse here because mmm … beer], so I’m making beer references because I wanted to use that “mutually exclusive six packs” line in the header. In reality, alcohol of any type drunken-frat-boys the hell out of your ability to lose weight.

First, it’s got a lot of those nasty food energy unit thingies in it. Remember that created and destroyed stuff? You either have to destroy those booze calories with hangover-filled sweating, or get so hammered you barf them back out. Neither is pleasant. 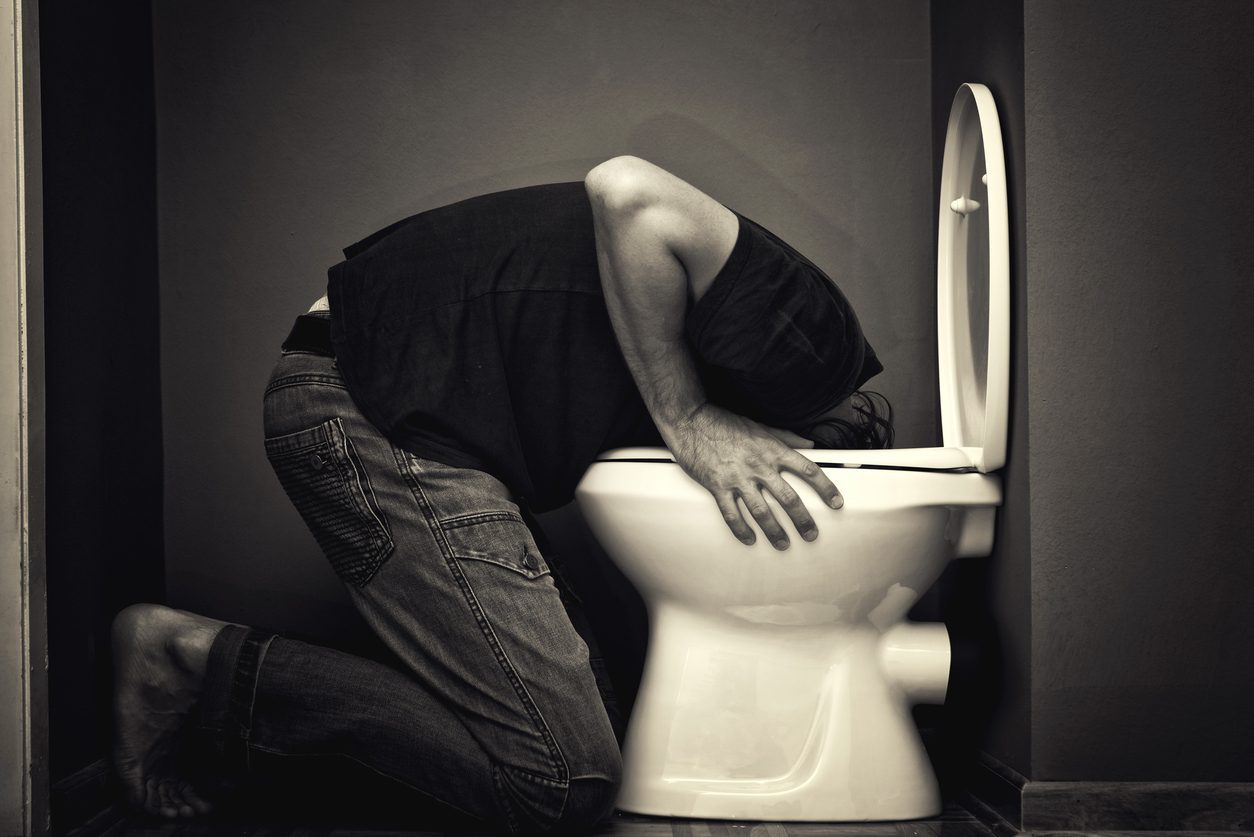 Besides lowering your standards for mating partners, it impairs your judgment in other ways, like knowing when you’ve had enough to eat. This study published in the British Journal of Nutrition says that alcohol intake “impairs satiety” so you keep shoveling food into yon pie-hole when a more sober you would have stopped. Part of this is due to what the study authors refer to as “enhanced orosensory reward” from being hammered. Orosensory reward means things taste extra good, which might explain the prevalence of disreputable-looking hot dog vendors outside night clubs at closing time.

And you’re not exactly inclined to make good food choices when you’ve been drinking. Eating so much salad you’re ready to poop algae just doesn’t appeal when you’ve got a belly full of tequila. This study in the American Journal of Clinical Nutrition shows that not only does alcohol intake lead to higher total calorie intake, but you crave more animal products and saturated fat, and fewer vegetables. According to the authors, “Increasing alcohol consumption was associated with higher consumption of animal products, cheese, potatoes, oil, bread, and breakfast cereals and with lower consumption of vegetables and dairy products.”

There’s also the fact that working out when hung over is no fun, but lying on the couch trying to die seems appropriate. That’s fewer calories burned, piss tank.

So, booze results in: More calories in + fewer calories burned = no six-pack abs for you.

2. Your body will hate you

Evolution programmed us to be fat storers, because starvation has killed more people throughout human history than any other cause. Here is what our Stone Age ancestors thought about nutrition:

SO HUNGRY! MUST STUFF FOOD IN FACE HOLE!

And unless it was to get more food or flee a saber-toothed-murder-beast, they weren’t too keen on moving around all that much either, because they needed to preserve their hard-won fat stores for the next time famine struck. Which was like every friggin’ winter. Or when it didn’t rain. Or when the hunt failed. Or when Zog the alpha troglodyte was keeping all the females busy with boinking so they didn’t have time to gather nuts and berries.

By the way, if evolution talk offends you, just pretend it was six thousand years ago and they all rode tyrannosauruses.

Why it sucks
From a “not wanting you to die of starvation” perspective, our bodies haven’t changed that much. We’ve only been living in a land of overwhelming food abundance for less than a century. Your body doesn’t know there is a grocery store or McDonald’s drive-through just down the road. It’s going to continually compel you to eat, and then store extra calories as valuable fat in order to make sure you survive the next famine, which as far as its concerned, could happen next week.

But it gets worse. When you start losing the last bit of fat to uncover your abs, fat loss slows to a crawl. This study, published in the Journal of Theoretical Biology, shows how fat loss slows the leaner you get, to the point where it will actually favor burning muscle as a source of fuel over fat.

3. You probably won’t get laid more (but you may get more complaints)

Speaking to male readers, having six-pack abs is not like some miracle “get laid” ticket. If you’re deathly afraid to hit on someone you’re attracted to or just a raging douche canoe, then adding six-pack abs into the mix won’t make a bit of difference in your frequency of fornication. Women are far more interested in qualities other than the ripples on your abdomen. Like personality. And bank account (Warning: PDF that takes forever to load).

Why it sucks
I know how my wife thinks. If I share personal stories about my sex life then I’ll no longer have one. So this is a hypothetical description of a married couple that totally doesn’t exist.

If you do have abs, what you lack is padding. And people don’t like it so much when your bony frame is slamming into their tender bits, and they’ll tell you this. Pubic bones and thighs are sensitive areas, and when you’re in full on thrusting clench mode, your muscles are taut and don’t have much give to them. A layer of fat can be a welcome barrier.

Most of the inherently skinny folks got naturally selected out of our bloodlines as tasty treats for carrion eaters millennia ago, and it’s why obesity is so prevalent today. In other words, getting ripped, for the vast majority, is brutally hard.

Doing so is like taking on a part-time job. You need to do a lot of exercise and a lot of not eating. These are things that require careful attention to detail. Miles run. Weight lifted. Meals consumed. Junk food and booze not consumed …

Why it sucks
It can come to rule your life if you’re not careful.

It’s possible that you become so obsessed with seeing your abs the process of attaining them loses all luster. Instead of being in a state of harmonious passion, you’ve become obsessive.

In other words, it’s all about the destination instead of the journey, and that’s not good. It’s a recipe for a crash and a burn.

Part of the reason why some get so obsessed is that they’ve been programmed as to what is the ideal physique by what is on the cover of glossy fitness magazines. Perhaps if they knew what those models went through to achieve that look they’d understand just how unrealistic it is.

5. There isn’t much opportunity to show them off

I guess this depends on where you live, but I’m in Canada, and summer barely exists up here.

So most of the time I’m wearing a shirt. And a coat. And a toque and mitts. The only people who get to see me without a shirt on are me, my kids (who obviously don’t care), and my wife (who after a few years of me having abs, doesn’t care that much either).

Sure, there was this one time I was out for a run without a shirt during a hot and sunny day, and some women drove by in a convertible and yelled out, “Woo, baby!” That was kind of cool. I mean, they were almost old enough to be my mom, and they had that haggard, Led Zeppelin groupie look to them, but still.

Why it sucks
For the amount of work it takes, the reward in admiring glances from the opposite sex (or same sex, if that’s your thing) are incredibly small. But say you live in an area where it’s sunny year round and you get to spend hours each day strutting down the beach soaking up the admiration. The problem is: that’s not the only thing you’re soaking up. There are all those harmful UV rays, which not only prematurely turn your skin into a leather handbag, but can cause lethal melanoma.

6. You probably can’t sustain it

Models, actors and bodybuilders all go through fluctuations in body fat. To get really ripped, if I haven’t made it clear, is a brutally challenging endeavor. As a result, most men known for their physiques have a tendency to go through an “off season” where they relax on their diet and exercise regimen and pack some pounds back on.

Why? Because your body fights back against weight loss. It’s constantly pushing you to regain the weight, and it takes a lot of effort to battle this phenomenon and stay lean.

Why it sucks
It can be a blow to the ego. Others might question, “Why aren’t you ripped anymore? You looked so good!”

And if you’re famous, the paparazzi will of course snap your less-than-ripped photo for the world to see. 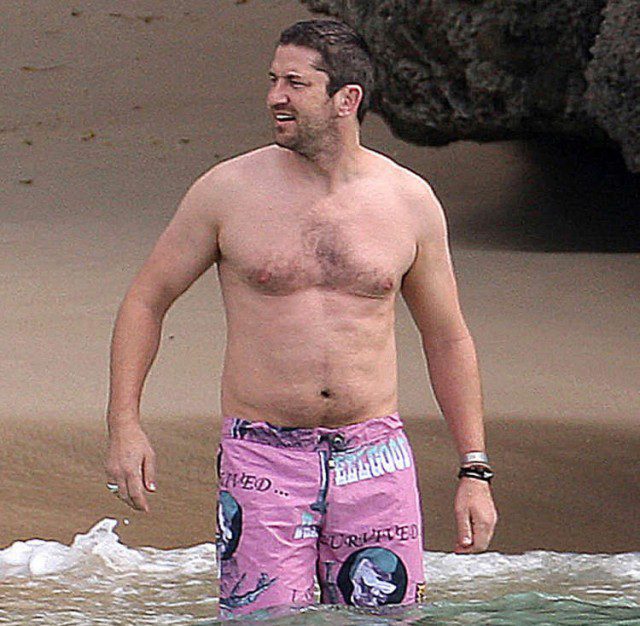 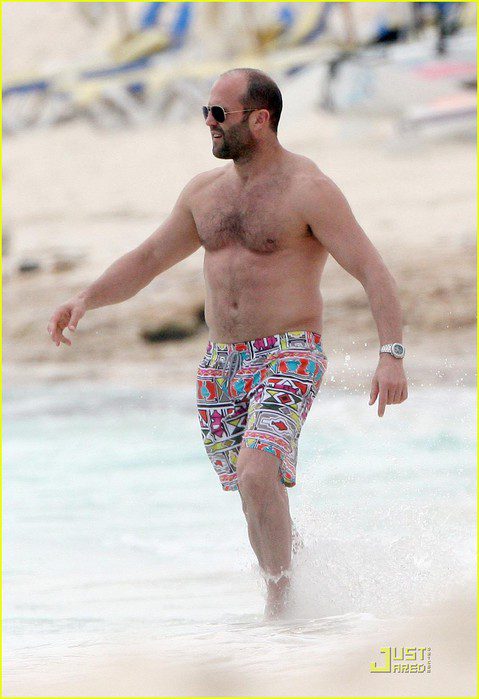 Rule #1 is, pass the potato chips.

Of course, this doesn’t have to happen.

This article was largely intended for humorous purposes, but it also provides some reality and some caution. I’ve managed to sustain my four pack for several years now (with the occasional up and down due to sickness and/or injury), largely by being realistic and not obsessing, but by achieving a more Zen-like state in regards to my diet and exercise regimen.

I’ve found that when you’re more Zen on the whole weight loss thing, sustainability becomes that much more achievable.

This piece was first published on my old website on March 21, 2013.