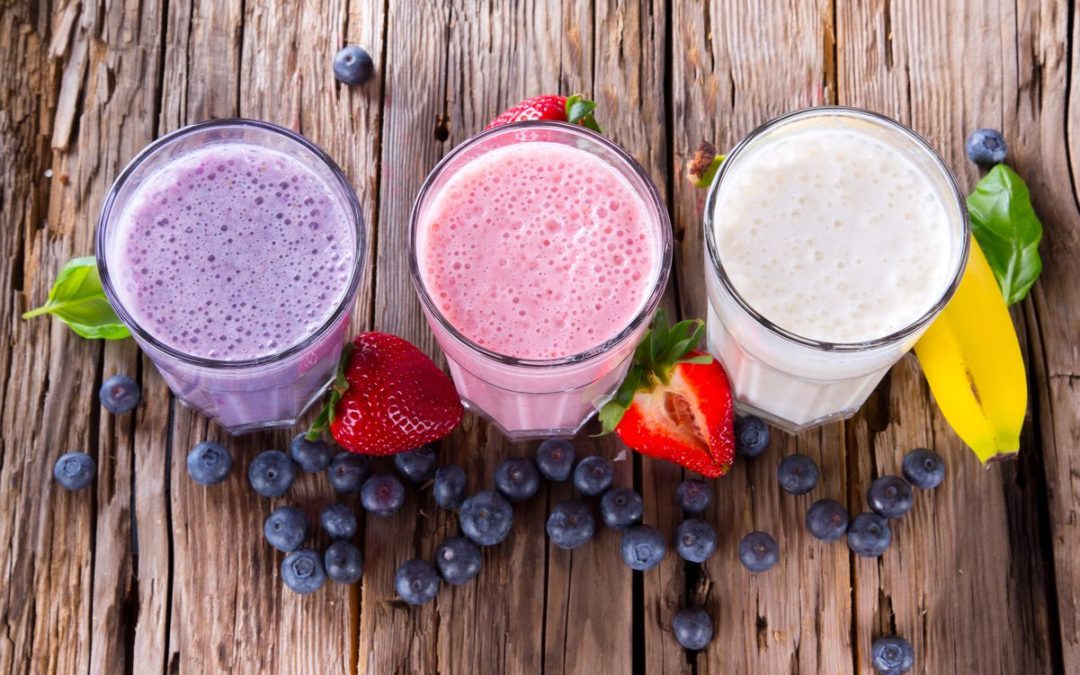 The part that bothers me the most is that all it takes is a desire to get Shakeology at a discount to become a “coach.”

I recently watched the movie McFarland, USA. It’s a story about high school football coach Jim White, who realizes the students at his mostly Latino school are better suited for cross-country running than the gridiron, and leads them to many state championships.

At first, the students don’t think too highly of Jim White. They call him holmes and blanco (because his last name is White). But after a while the team bonds, and they start to call him coach. He formed the team and took them to victory in the state championships in their first year, so I’d say he earned the title.

I fell into the Beachbody trap for about one week in desperation. Basically, they should call the product Shitology. Because that’s what it makes you do … there must be a laxative or ten in there. I’m seriously not surprised people lose weight while drinking this, as basically you become a poop cannon.

The watering down of titles is nothing new. My wife is a family physician and earned the title of Dr. She’s originally from Saskatchewan, not Venus, and I’m from British Columbia, not Mars. I bring this up because the made-famous-by-Oprah “Dr.” John Gray and author of the pseudoscientific and negative gender stereotype perpetuating Men are from Mars, Women are from Venus got his unaccredited “PhD” via correspondence from a now defunct “university.”

Shakeology also has way too much vitamin K for me since I’m on Warfarin. When I mentioned that, I got a spiel about how I could just eat fewer green veggies. My INR is stable after years of fluctuation. I’m supposed to mess with it now so I can buy really expensive protein powder? Sure, sure. I’ll stick with eating actual food, thanks.

And yet, people still refer to him as Dr. John Gray. So it should be no surprise that you can earn the title of “coach” simply by selling weight loss shakes via multilevel marketing. No credentials other than a willingness to be an annoying as fuck social media douche required.

My three-year-old daughter made a new friend, and within two days her (substantially heavier than me) mom was trying to sell me on Shakeology and Beachbody. I refused because I hate the thought of anything that makes you monetize your (daughter’s) friends!

Did you know that when you add “ology” to something it automatically makes it way more scientific? I’m not a trainer, I’m an expert in liftology, and the guy who coached me to a Boston qualifying time specializes in runology.

But the reality is that when it comes to real coaching, the sellers of Shakeology know precisely fuckology.

Being a 30-something female and living in a small community means multiple Beachbody “coaches” constantly trying to guilt you into feeling bad about yourself and your diet … I have to deal with semi-recovered anorexics who shame everyone’s meal choices daily at work, while pushing Shakeology.

I first discovered Shakeology years ago when I opened a Twitter account and all sorts of people began following me proclaiming themselves to be a “Beachbody coach” and using the hashtag #TeamBeachbody. Now I was under the mistaken impression that all you needed to have a beach body was to take your body to the beach, but according to these coaches that’s totally misguided, because #motivation #fitness #goals #support #cleaneats #21dayfix #StepfordWife.

The coaches are your “friends” as long as you are signing up coaches and making sales. Otherwise, they aren’t interested.

Okay, then. I guess they’re serious, because “The healthiest meal of the day®” is a registered trademark. But let’s take a closer look at the problem of using shakes for weight loss.

The taste is horrible … you spend nearly $200 a month for a laxative that tastes like a really dirty earthworm.

A few years back there was much ado in the media about the recent study of weight loss myths in the New England Journal of Medicine. One of the things the report examined was the use of meal replacement shakes.

The cost is high to make you sign up as a coach in their pyramid. I took the free trial month coaching just to see inside. Wow. They push these “3 vital behaviors” and 1 is basically “drink Shakeology, talk about the miracle of Shakeology and post selfies with your Shakeology cup.”

The report named a number of myths, presumptions and “facts.” One supposed fact was: “…use of meal-replacement products promote greater weight loss.” My friend, obesity researcher Dr. Yoni Freedhoff commented on this saying that you need to sustain the same behaviors that lead to weight loss in order to sustain weight loss (which I agree with), and who wants to stay on meal replacements for life?

The upsell is insane. In 21 Day Fix (a DVD workout program also sold by Team Beachbody) they wear Shakeology shirts and there is a Shakeology bar in the background while they work out. At the end of some workouts during the cool down you’re told it’s time to drink your Shakeology. More like drinking the Kool-aid.

What’s more, an author for Forbes pointed out that a number of the study’s authors had strong financial ties to a meal replacement company.

I went to the “Coach Summit” last year and had a ton of fun with my girlfriends and was excited to work out with some of the trainers, but all of the other sessions were about how to push the product. How to overcome objections, how to display yourself on social media, and how to get other people to join your team were the gist of most of the sessions covered … some of the “Coaches” are crazy pushy and just pain crazy.

Can shakes make you lose weight? Well, yes they can, but there is a big caveat to go along with that. It doesn’t matter what brand you look at, no weight loss shakes possess any miracle ingredients to boost metabolism or vaporize belly fat via some kind of “ology.” It is, more than anything else, a behavior modification tool in order to control total caloric intake.

I have done the Shakeology thing in conjunction with the Beachbody workouts. The mix is ungodly expensive … The actual workouts are pretty good … However, they shill Shakeology on the workouts like it’s the cure to cancer, aids and the common cold all rolled into one. “Hey, you’re doing all this hard work, drinking Shakeology will make your work soooo much easier!”

And it’s a behavior modification method I’m amazed anyone can ever stick to for any length of time.

“Shakes for weight loss work by portion control,” Purdue University nutrition professor Richard Mattes told me. They create a set of rules. If you buy a “weight loss shake,” how it “works” is by getting you to follow certain rules to lower total daily caloric intake. There was the SlimFast commercial which used the line: “A shake for breakfast, a shake for lunch, then a sensible dinner.” One can of this SlimFast has 220 calories, so breakfast and lunch total only 440 calories. If by some miracle you’re not starving at dinner time and can stick to that “sensible dinner,” then yes, these simple rules can allow for a calorie-restricted diet that will lead to weight loss. Again, the shake has no magic fat-burning properties. It’s not that satiating and it sure isn’t as healthy as a balanced diet of actual food. If instead you ate a can of tuna fish (130 calories) and 310 calories of vegetables you’d be way better off and far less likely to feel like you were starving. It would also cost less.

No matter how much they hype up the health value of the shake, there is no way some hyper-processed powder mix can hold a candle to the nutritional value of fresh fruits and vegetables.

The other issue with the whole Beachbody franchise is that they get you to sign up for these trial programs or “packs.” Then you get charged the next month for your Shakeology and it is very difficult to cancel. When you call, they will lecture you about the benefits of it and ask you if you really want to give it up or just delay the payments for a few months. I ended up being overcharged multiple times and had to fight them for my money back.

You may be able to stick to a shake-as-meal-replacement plan for a while via white-knuckle starvation, but at some point your hunger will get the better of you, and then fast food drive-through here you come.

“Protein in solid food is good, but in liquid form it doesn’t seem to retain its superiority in terms of being satiating,” Mattes told me. He explained when people are having trouble keeping weight on, like the elderly, they use protein shakes to get extra calories into them. There is a reason why professional bodybuilders use protein shakes – it’s to jam in the extra calories needed to build as much muscle as humanly possible so they can look like some goalie-mask-wearing bad guy from Road Warrior. As a weight loss tool, it’s foolish. These things are meant for weight gain.

The “friend” who convinced us that we would become millionaires if we became Team Beachbody coaches won’t give us the time of day now, and after a long hard struggle I am still battling to stop TBB from charging me a monthly coach fee.

You’ve likely seen social media testimonials over how amazeballs Shakeology is. And not just Shakeology, but Isagenix, Visalus, Plexus, Vemma, Arbonne, Juice Plus …

It’s time to lose some Facebook friends. Here are things I’ve seen on my feed:

So many exclamation marks. And so many people who have been subjected to the shake as miracle weight loss savior multi-level marketing cult. MLMs do seem to attract the culty type who flog their wares like they’re selling tickets to heaven. And don’t you dare question that which is known, or face their social media wrath, like I did when I wrote about those stupid It Works! wraps. The “Wrapreneur” cultists hit the comments section like an impaired driver, and I left them in place so we could all have a good laugh.

My biggest gripe is with the ISAGENIX people. It is like their religion! I can not post a thing about nutrition on my wall or ask a legitimate question about fueling my 14 year old Cross Country runner without an ISAGENIX person trying to sell me their crap. I posted about my vitamin D deficiency. Apparently ISAGENIX can fix that better than my doctor too. They are freaking relentless. I try not to be rude, but their “clean eating” bullshit is just powder from an assembly line.

Now I realize this post is certain to unleash the butthurt, and there will be negative comments a-plenty from the faithful. After all, posting this on social media is akin to walking into the Creation Museum and preaching the gospel of evolution while handing out copies of On the Origin of Species. People don’t like it so much when you poke holes in their pet bullshit, especially if it interferes with their income stream.

You’ll also reap the benefit of a cleaner timeline.