Running is Different for Women 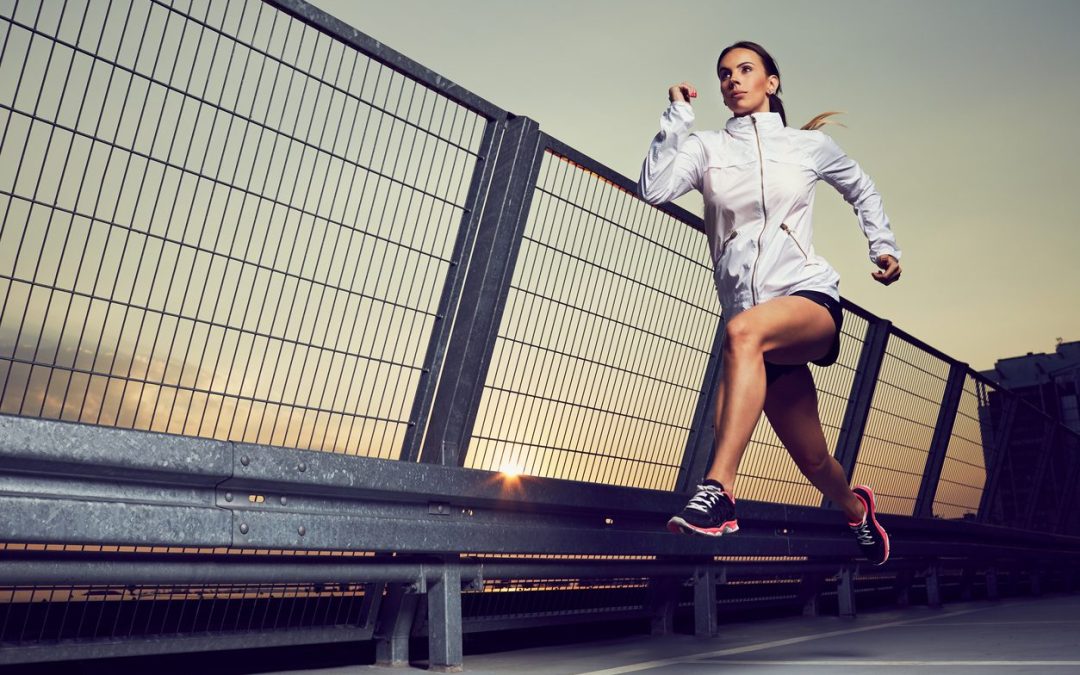 Of course running is different for women; they get an extra half hour across the board to qualify for Boston. When you examine the numbers for every distance, men are the fastest. That’s a physiological difference, and totally not what I’m interested in discussing.

Running is different for women in a way men can’t comprehend, and because it’s different, I believe it holds more meaning for them.

In the spring of 2017, I interviewed Kathrine Switzer, the first woman to officially run the Boston Marathon, and she was a delight. That piece ran in Women’s Health on April 17, 2017, the day Kathrine ran Boston on the 50th anniversary of her world-changing run.

The last time a marathon had that much impact on society was 490 BC, and that story probably isn’t even true. It’s an inspiring tale of victory, with Greek soldier Pheidippides allegedly dropping dead after allegedly running 26.2 miles to Athens to tell of non-allegedly kicking Persian butt at the Battle of Marathon.

Below are the three photos that helped changed the world of running for women. 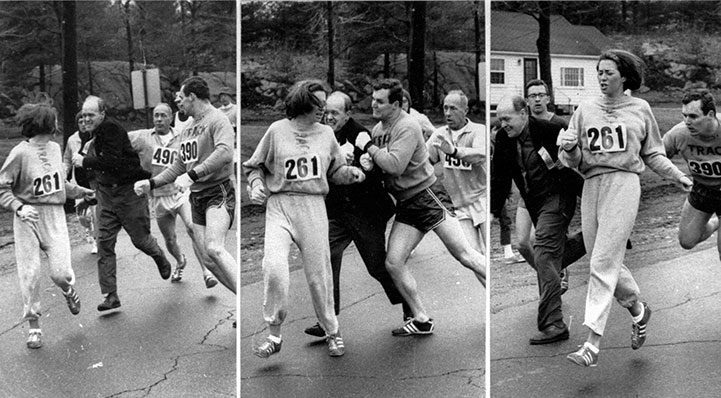 That’s race director Jock Semple attempting to rip Kathrine’s “261” bib from her chest, yelling, “Give me those numbers and get the hell out of my race!”

It was only two miles into the race, and for the next 18, Kathrine stewed. She was embarrassed and angry, but things changed at mile 20, the start of Heartbreak Hill.

I spoke to Kathrine again recently, to interview her for my next book. We talked about what happened on that hill. It was something so profound it changed the future of running for women. She told me of how she let go of her anger towards Semple, deciding he was simply a product of his time. Then she looked at the women who were watching her race and the looks of awe and surprise at what she was doing.

Kathrine didn’t decide to race Boston in 1967 to change the world, but to show her coach—a man who had run Boston many times and always told tales of it—she could do it. He argued she couldn’t; she wanted to prove him wrong.

Kathrine’s anger shifted from Jock Semple to the women around her. Why weren’t they out here running too? Why were they so frightened to try? Why were their faces ones of disbelief and even anger?

That’s when a light went on and she felt sheepish for being so presumptuous.

Kathrine grew up in an encouraging environment with parents who told her she could do anything she wanted. She was lucky to grow up in a family where her dad encouraged her to run and her mother had a career. She was also lucky to have found a coach to train her to run long distances; something that women just didn’t do back then.

Kathrine realized these women were conditioned by society to believe they were fragile.

For millennia, women’s bodies have been treated as property; their primary purposes were to pleasure men, make babies, make sandwiches. Okay, sandwiches are a more recent invention, but you get the point.

Kathrine decided in that moment she would make it her mission to help bring running to women, and women to running. Part of that involved setting an example by becoming the best runner she could, logging a hundred miles a week prior to winning the New York Marathon in 1974, and getting a personal best the following year in Boston with an amazing 2:51 time.

The marathon entered the modern age at the first Olympiad in 1896. It took 88 years before there was a women’s marathon in the Olympic Games. Kathrine’s ongoing efforts were instrumental in making that happen.

Logging all those miles was not an easy road.

“During training, there were derogatory remarks. There were people shouting out the windows of their cars at me or making smacking noises with their lips, or obscene gestures or throwing things at me like beer cans,” Kathrine said of her training runs back in the day. “Some people would say ‘You better watch out or I’m going to blankety-blank you.’ Or I’d have someone trolling behind me for miles and miles in a car saying, ‘Get in the car or I’m going to grab you.’ It was really scary stuff, and it still happens now, but it’s way less than it was. It still puts you on your guard. I always carried a can of dog spray, but not just for the dogs.”

Beyond the threats, some tried to define what womanhood was for her.

When I, a man, am out for a run, I worry about cars and quadrupeds. As I wrote about in this piece for the Chicago Tribune, women still fear far worse than that. It’s why my advice to men who run is to “never look back,” and that’s not a metaphor.

Running is important to me. I’m proud of my accomplishments.

I enjoy it, I feel good about doing it, each run feels like a small victory.

For women, it is different.

It is not a small victory. It’s both bigger and more meaningful.

It’s a statement about controlling their own bodies and their own destinies. It’s doing something evolution programmed them to do, but society denied them for most of human history.

Running is a gift to men; it has always been so.

We had it handed to us, free of charge.

Women had to fight for it.

They still have to.

That’s what makes it different.