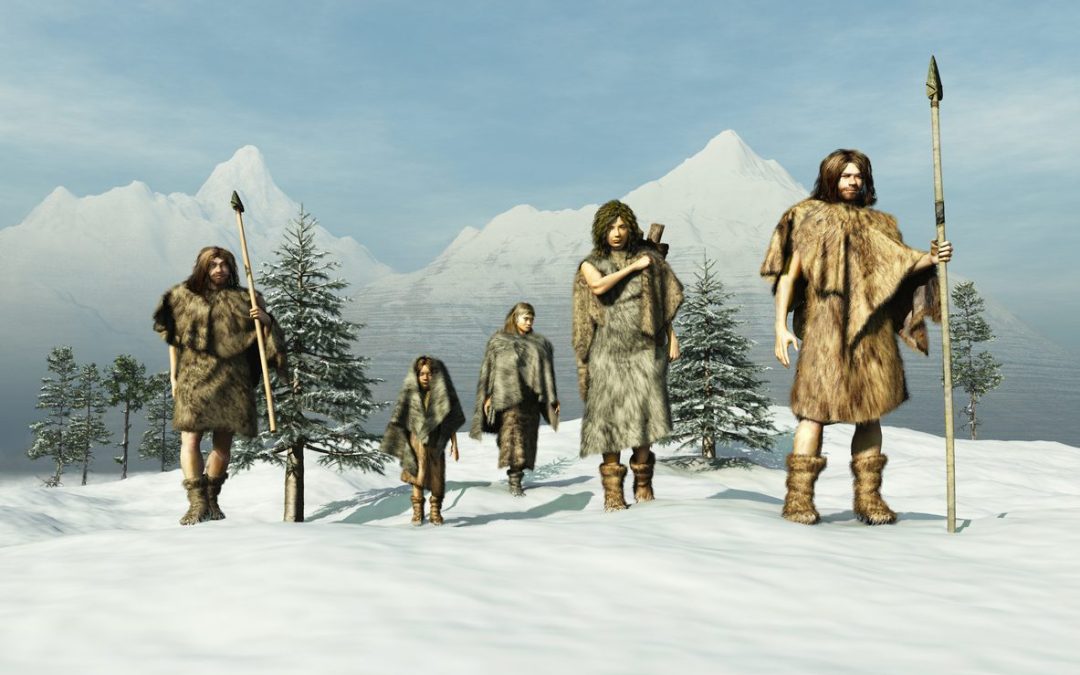 I was watching comedian Jim Jeffries on Netflix last night – he’s one of those guys you watch when the rest of the family is out at karate class. Jim is a dirty boy.

During part of his skit he talked about seeing a therapist who asked for a quick response to the question: “What is your favorite thing in the world?” His response was … let’s just say it’s one of those finishing moves that has become more popular in a certain type of not-suitable-for-children filmography.

In an off-the-cuff response in that situation I might respond with: beer, sex, pizza, my carbon fiber road bike, powder days at Lake Louise, being in love … but when I put some actual thought into it I realize the answer is simple:

Modern technology is my favorite thing. If not for it, there’d be a lot of people I love who wouldn’t be here right now. My wife and son both would have died in childbirth, and so my daughter wouldn’t be here either. I’d probably not be here, because my mom likely would have died due to complications with my older sister’s birth. Had I managed to be born I’m not sure what those several times I didn’t get to take antibiotics would have resulted in. I’d be walking with a limp because of that broken leg. My teeth would be a mess.

Most of us would starve.

What prompted such somber thoughts? A devout follower of the Newly Reformed Church of Paleo. I don’t know if that’s what they call themselves, but the name fits. Said follower wrote something [not that smart] on my Facebook page. People suffering from a rectal-cranial inversion are rare on Facebook. Almost exclusively every comment on the site is written by intelligent and levelheaded people expressing balanced and logical opinions.

But once in a blue moon mommy takes away the crayons and junior loses his temper and has to take out his frustrations by sending electrons over computer networks using pounding fists on a keyboard. The result is we now have a solitary misinformed comment on a social media site that I wish to address.

It’s about adjusting for infant mortality in the Paleolithic era to determine life expectancy.

A pro-paleo commenter said that statements about only living to 35 in the caveman days don’t correct for infant mortality, because when you discount the fact that babies were dropping dead left and right, everything is Lego-movie awesome; the Paleolithic era was a glorious time where health and happiness abounded. And when you Google the subject of infant mortality in the caveman days you’ll see all sorts of paleo blogs telling people to use this as a debating tactic to deflect criticism from their stupid, fear mongering diet.

At any rate, the numbers are more dire than what most think. A cross examination of hunter gatherer populations published in 2007 in Population and Development Review found that, when you include infant mortality, our Paleolithic ancestors lived to about 15-20, and that really sucks. With the advent of agriculture this climbed to about 25, which still really sucks. But even if you survive to 40, your risk of death goes up exponentially each year. Also: sucks.

Interestingly, the genetics of our life span haven’t changed much. Way back in the troglodyte days people had the ability to live well into their 70s, and some even did, but life expectancy was horrible. It was horrible because they didn’t have modern technology to prevent and treat illness and injury, as well as to feed them.

More people have died from starvation throughout human history than any other cause, which means the paleo diet fails as a concept right out of the gate. They ate anything that passed the sniff test: bugs and rotting carcasses and even each other. Hunger is a powerful motivator to shove anything marginally edible into your face hole, so the real paleo diet is: “eat anything in sight.”

But back then not much food was ever in sight, so they starved. When they didn’t starve, they got diseases and infections; diseases that now are preventable by clean water, safe food preparation and vaccinations, or can often be treated through modern medicine. Scratches are less likely to get infected and kill you, and an accident that would have resulted in a painful death can now be fixed up in your local emergency room.

Plus, we have all that technology-begotten food to eat.

Modern technology has come with its problems, like pollution and nuclear weapons and other new-fangled manufacturing methods for creating mass death – not just of humans but the other critters inhabiting the earth and sea. But I just don’t get the nostalgia for the old days.

And that’s all paleo is: misinformed nostalgia. There’s no science behind it. Our ability to digest things such as legumes and grains and dairy has adapted significantly over the millennia, so the real reason to eat it is because eating like a caveman sounds cool (despite the fact that the term “ancestral health” is an oxymoron). Just because we have problems with the standard American diet doesn’t mean it makes sense to embrace a gross misrepresentation of history. How about working within the parameters of the modern environment to find a healthier way to eat and be active today? Oh, wait. Not sexy enough. Not gimmicky enough. Will never catch on.

But it’s not just the paleo folks questing for nostalgia and taking issue with modern technology. We have anti-vaxxers who think being a mom makes them a medical expert (and on the subject of vaccines, some say they’re not paleo), and Food Babe encouraging disordered eating through her chemical and GMO phobia. There are also Facebook pages spewing anti-science bullshit with names like The Truth About Cancer, and in another “Cancer Cures” Facebook group we have disturbing messages like this one: 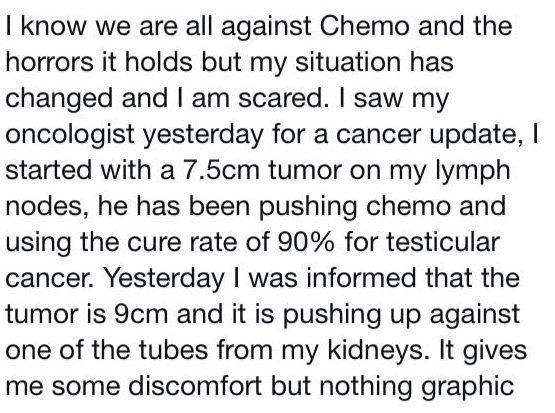 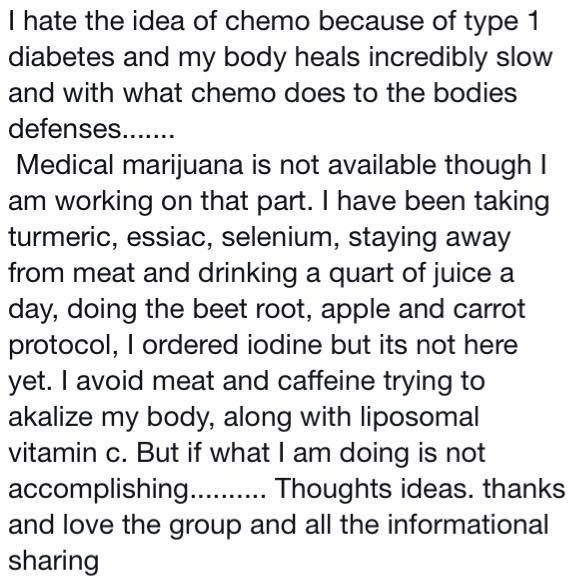 So here we have a guy who quite likely would have been saved by modern medicine, but who is now courting death because quacks have convinced him that supplements and juice will git ‘er done. After all, big pharma and big cancer are all a scam that only wish to make him sicker, not treat his disease. Jesus.

Some say it’s natural selection, but I see it as victimizing people for profit. I see it as criminal behavior.

Almost everything about the old days sucked. Even going to the bathroom was a horror. Stop pining for good old days that never were, be it for nutritional advice or medical interventions. If you’re truly sick and seeking medical advice you’ll be better served by speaking to a trusted medical doctor, and not following the advice of dumb fucks on Facebook.