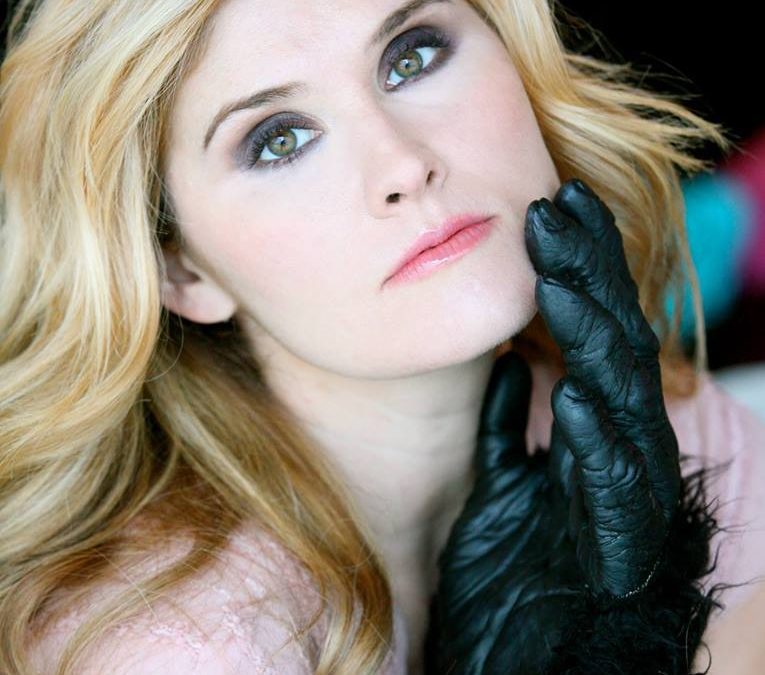 Stephen King doesn’t always carry over to the screen that well, and you end up with The Lawnmower Man. Other times, as is the case with The Shawshank Redemption, viewers are treated to one of the greatest movies of the decade.

Gerald’s Game, now on Netflix, likely won’t be remembered as one of the greats, but it’s still a damn fine film.

Carla Gugino is a significant reason why. Much of her acting is done alone, or talking to an image of herself, and she is outstanding in her frantic portrayal of “Jessie.” The IMDB description: “While trying to spice up their marriage in their remote lake house, Jessie must fight to survive when her husband dies unexpectedly, leaving her handcuffed to their bed frame.” Gugino’s top-notch performance of a woman’s desperate attempt to survive is what sells the movie to the viewer.

Bruce Greenwood, 61, plays Jessie’s husband, and he lights up the screen as well; I can’t believe how great his physique looks at that age. Broad shoulders, perky pecs, rippling midsection. Knowing he was going to spend most of the film in nothing but a pair of underpants, he must have hit the gym hard and dialed his diet tight. He’s an inspiration to every aging man who wants to stay in shape.

Notice anything strange about the previous two paragraphs? Regarding Carla, all my compliments are about her acting skill, but for Bruce it’s just about how he looks. And yes, Carla looks amazing. She spends much of the movie in a revealing nightgown. And I’ve admired Bruce’s acting since I first watched every episode of Nowhere Man in the early 90s.

Such a reversal can be jarring, because we live in a society where men are often lauded for their skills, abilities, knowledge, and accomplishments, whereas with women much more attention is paid to how they look.

The profile photo on my social media has me shirtless and sporting abs and muscles and all that shit. I get thousands upon thousands of comments and hundreds of private messages and emails from readers. There is plenty of hate, but lots of compliments as well.

And how I look is almost never mentioned.

Not saying I’m a model, but my physique is pretty good and it IS being shown off all over the internet. And yet, over 99% of the feedback I get regard my writing ability, my knowledge, my humor, my ability to research and understand certain topics …

I got a marriage proposal via private message last week. That was a first. It was also a joke, and what spurred it wasn’t looks, but because she loved something I wrote. (This piece.)

My friend Natalia Reagan gets marriage proposals about once a month.

Natalia is an accomplished scientist. She has a master’s degree in anthropology from California State University, Northridge. She was a regular animal expert on the National Geographic show Everything You Didn’t Know About Animals and host of 10 Million Dollar Bigfoot Bounty. Currently she is correspondent and comedy writer on Neil deGrasse Tyson’s StarTalk, and host of StarTalk All-Stars.

Despite being an expert in primatology, her knowledge is often questioned. People have difficulty believing a woman—especially an attractive woman—can do science. And while most of the compliments I get are about my brain, Natalia gets them about her body. Here is one sample of the kind of fan mail she gets:

Dear Ms. Natalia Reagan – I really don’t mean to offend you in any way at all, and this might seem to be a rather strange thing to say, but I just have to let you know that I’ve seen your belly button, and it’s one of the sexiest belly buttons I’ve ever seen!

And then it kept on going on like that about her belly button for a while, which is both weird and inappropriate. Conversely, I post a photo of my daughter and I flexing to show off our flu shots, and people crack jokes asking whose arm is whose. And my fan mail is much different.

Recently, a gay man sent me a message to tell me I was his role model. He is a psychologist and full-time caregiver to his partner of 30 years, who suffered a stroke a stroke in 2010. A snippet of what he wrote (shared with permission): You epitomize the kind of person that I aspire to be and admire. You have taken charge of your fitness and health. I share your values and respect for human rights – including women and GLBT groups. I’m also an atheist and appreciate your rational world view. You’re also a great parent from what you’ve shared … And you crack me up with your humour

The message I received was three times the length of Natalia’s. Hers was all about her looks, and mine didn’t mention it a single time. It’s a snapshot of the world at large, and how we value women differently than we value men.

How big of a problem is it?

“I get lots of comments about my appearance,” Natalia said, both kind and unkind. “I’m called fat, ugly, beautiful, fuckable, not fuckable …” And such comments are far more common than those regarding her knowledge. “People just assume I don’t write my own material (she does) or that I don’t come up with my own jokes (she also does). But they will mansplain how to pronounce ‘Neanderthal’.” (Read my piece about the prevalence of mansplaining.)

“I definitely get more attention about the way I appear and the way I dress,” she said. “It’s much less about the show itself, or the knowledge I have to offer. They focus on ‘Wow. You have a great rack.’”

Oh, boo fucking hoo, right? The poor woman, complaining about people complimenting her. If you think this, perhaps stop and listen to what this woman has to say about that. “It’s not what I want you to notice about me,” Natalia said. “I want you to hear the science and not just see me as an object.”

She said sometimes the appearance-based compliments are respectful, such as “You are a beautiful woman.” And other times, not. “Just two days ago I got a comment about camel toe.” Overall, Natalia said, “Men are always shocked that a woman could be good looking and have a brain. I have been told, “You are much more beautiful when you don’t speak.”

But speak is what she is paid to do. Society treats beauty like a consumable, but Natalia isn’t on camera for people to consume the way she looks. She is there to educate.

The differences in my and Natalia’s fan mail is partially explained by a 2013 study published in the Journal of Personality and Social Psychology, which asserts women value men more for their social standing (which I achieve via working my brain) and men care more about the way a woman looks, which is more about being a slave to diet, exercise, makeup, and clothing.

This imbalance creates problems for women. They have a much higher rate of body image issues than men because, according this Psychology Today article, “their appearance is central to how they are evaluated by others.” Comparatively speaking, the piece reports: “Women underestimate their attractiveness whereas men are overly complacent about theirs.” And so, it should not be surprising that, as I covered here, women have a far higher rate of eating disorders than men do.

Men aren’t getting off easy in the mating game, as the previous linked study shows, they require a decent social standing to be considered appealing to many women. However, they aren’t penalized for their looks when it comes to their career path the way women are. Quite the contrary.

“If a handsome man goes to a job fair, he’s more likely to get interviewed,” Patzer said. “He’s also more likely to get the job and have a higher starting salary.” Sadly, while looks are more important at lower levels of employment for women, attractiveness can actually be a hindrance for female executives, he explained. For men, however, being physically attractive is beneficial to one’s career across the board.

For a woman, being pretty is of benefit in the workforce only if you’re not ambitious. Otherwise, it can hold you back.

In my case, my decent physique is helpful in writing about health and fitness, but when it comes to how I, a man, am judged and praised, it’s almost all about the quality of my work. I like it that way, and would lament if what people cared most about was my appearance. And yet, this is often the reality for women, leading not to just body image issues, but holding them back intellectually and professionally.

Society has been doing that long enough.

For the men reading this, when you think to compliment a woman, consider the appearance-based statements have all been heard before, and put the focus where it belongs: what she knows, and what she can do.