Keto Is the Dumbfuck Diet Du Jour, But That Won’t Last 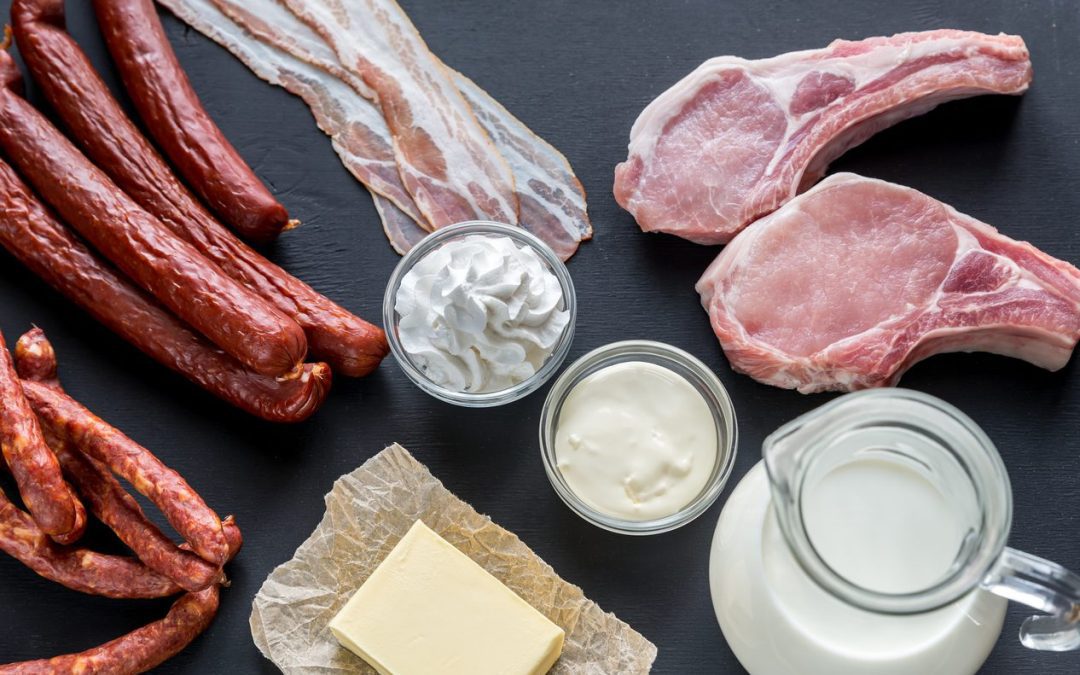 “Keto. Key-toe. Keeeeeyyyyy-tooooeeee. Ketogenic diet. State of ketosis. Makin’ ketones! It’s the best. Because grains are evil, fruit is toxic, and fat is amazing. Big Carb has been lying to us all along. Gotta eat fat to burn fat or you’ll be a fatty fat fat fatso. Don’t be a dirty sugar burner …”

Go back a few years, and you can replace all the “keto” words with “paleo.”

Despite being the scientology of diets, paleo had its day. It was a brilliant marketing concept because “pussification” of men and gotta be caveman and “ancestral health” even though it was lauding a time when babies were dying like bugs on a windshield. Now, as revealed by this Google Trends screenshot from 2004 to present, the paleo diet has jumped the shark.

Alas, our penchant for dietary dumbfuckery abhors a vacuum. Humanity needed something equally stupid to replace it. Enter keto.

Here’s the Google Trends search results for keto from the last five years:

The diet, which involves dramatic carbohydrate restriction in favor of a very high fat diet, first became popular in the 20s and 30s as a treatment for epilepsy. It fell out of favor when new anticonvulsant drugs were developed. Although it was still used, mostly in children, for whom said drugs didn’t work. Nowadays, people who really need to shut the fuck up are pushing keto as a bullshit cancer cure. Unfortunately, there are doctors who promote the keto diet, but it’s worth noting just how terrible nutrition education is for physicians. I’m married to one.

Variations on low carb have been at the forefront of fad diets over the past half century for a couple of reasons. The first such explanation is that, for someone who eats a significant amount of highly refined carbohydrates (which is a lot of people), suddenly cutting way back on that can result in a de facto restriction of calories, leading to weight loss. This happens despite many low carb proselytisers proclaiming low carb diets violate the physical laws of the universe regarding how weight loss works. What’s more, carb restriction can lead to a higher protein intake, which is beneficial to satiety.

This isn’t intended to say low carb is some amazing diet—it fares no better over the long term than most other diets. That is to say, poorly. Adherence is what matters most, and some find LC to work because of its low rule complexity. “Don’t eat carbs” is a pretty simple rule.

But going very low carb sucks if you’re athletic. Beyond that, to see my articles about why high fat diets aren’t great for either weight loss or health, read this, and this, and this. And should you think sugar toxic, well, it is. But the dose makes the poison. My piece here. And sugar addiction? About that: this and this. Think keto is superior to the first law of thermodynamics so calories don’t matter? Start here, then go here.

Nutrition expert extraordinaire Alan Aragon says you don’t have to have carbohydrates to survive, but adds, “There is a difference between surviving and thriving.” Yes, you can live on an extremely low carbohydrate diet, but it doesn’t mean it’s anywhere near an optimal eating strategy for living. (Note: This interview was conducted prior to Aragon being accused of multiple instances of sexual harassment and assault. I have since broken all ties with him.)

Why is keto the dumbfuck diet du jour? First, we need to understand why we have a rotating ream of ridiculous eating strategies that ebb and flow in popularity. Much of it has to do with our history of religious belief.

For my piece “Anti-Sugar Cultists Are Totally Fucking Batshit,” I interviewed religious studies professor Alan Levinovitz who spoke of how dietary restrictions have been part of religion for millennia as part of enforcing purity rules among the faithful and further creating an “us and them” mentality between followers and heathens. From the article:

“Dietary zealotry has been around forever,” Levinovitz said, “but nowadays science has occupied many spheres of authority that were once the domain of religion. What is new now is the masking of what is ultimately a spiritual belief with science. They wrap spiritual or ethical or religious beliefs about food in scientific rhetoric.”

Paleo had a coolness factor to it, coupled with (bullshit) evolutionary “science” to legitimize it in the eyes of the followers. I find it amusing they coined the oxymoronic term “ancestral health” to promote a diet that (poorly) mimicked a time when women lived to a ripe old age of died in childbirth.

Keto sounds cool too because you’re allegedly “hacking” your body to make keytone bodies while eating lots of bacon and butter because carbs are toxic and calories don’t matter. Teach your body to burn fat for fuel instead of sugar. All that bullshit. The diet wasn’t new, but the marketing push was. Now we have a plethora of new supplements, so you can keto even harder. If you saw the surge coming in this diet and got in on the ground floor, you could have made a fortune. Plenty of paleo folks got rich by jumping on the caveman dietary bandwagon early.

Dumbfuck diets come and go. This is not a new, modern thing.

Lord Byron popularized the vinegar and water diet in 1820. No word if he was an actual douchebag, although there were rumors of incest and spousal abuse.

In 1925 there was the Cigarette Diet, based on the appetite suppressing effects of nicotine.

The “Master Cleanse” dates back to the 40s.

Keto is just the latest, but as history indicates, you won’t want to invest too heavily in the market for keto supplements, because the diet will eventually go the way of all the others (although it may be repackaged and find traction again years down the road). What will replace it? If you know the answer to that, please let me know. I have some money that could use a high return to help fund my retirement.

Whatever the next big diet fad is, I expect it will have a veneer of scientific legitimacy mixed with a coolness factor that makes people feel superior for being on it. We have a tendency to place moral value on food and define ourselves by what we eat. It’s all pretty stupid.

As problematic as he’s been in other areas by falsely promoting organic and saying, “If you can’t pronounce it, don’t eat it,” Michael Pollan did have some good advice regarding a simplified approach to eating, and not worrying overmuch about what we shove in our face holes.

A recent piece in Quartz about the hysteria over clean eating had a former college athlete lament: “By the middle of my university years, food took up a stunning amount of my mental energy. It was far more exhausting than running 40 miles a week.”

It need not be so complicated. Balance and moderation are not dirty words. You can find a healthy diet that works for you and doesn’t drive you bugshit. If you need professional assistance, that’s what registered dietitians are for. But stay away from anyone calling themselves a holistic nutritionist.

I also wrote a book. If you want the quick and dirty for weight loss, my Caloric Deficit Cheat Sheet is also popular.

I’m not sure what the next dumbass diet will be, but my advice is to start ignoring it in advance.

And to any keto lovers I’ve vexed, prior to commenting, please read this, then this.