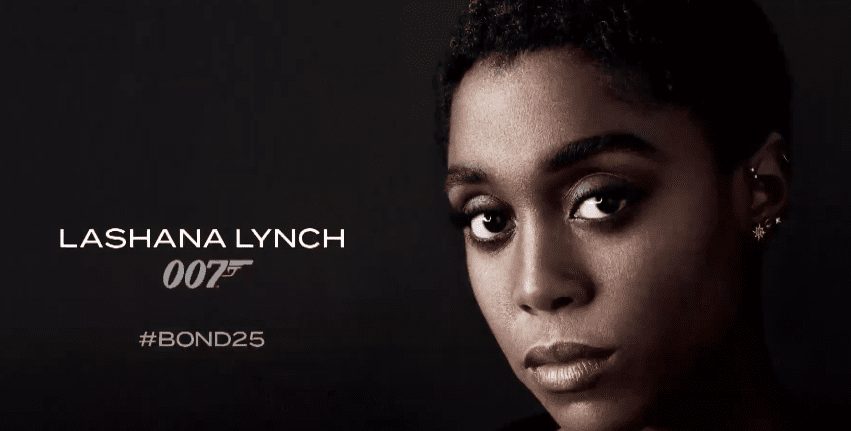 You remember that time you were on Facebook and were arguing with some jackhole who didn’t read the article and he (it’s almost always a he) was going on a rant just based on the headline, and then you pointed out the important facts he missed by not reading the article and he doubled down to try and prove he was right anyway?

Take that, factor it by a few million, add in a bunch of bigotry, and you have yesterday.

I was in Toronto a few months ago to appear on a TV show called The Social (like a Canadian version of The View) about my new book (clip). Lashana Lynch was on right before me, talking about her role on Captain Marvel as a badass fighter pilot.

I was watching her from the green room, waiting to go on, hating her. I was hating her because she was so charming and hilarious, and I had to go on next and be plain old me talking about some book I wrote.

They went to commercial and I was trying not to pee myself and said to Lynch as she was leaving, “I’m on next and you’re one tough act to follow.”

She looked right at me. “You’ll be amazing.” Then she left.

It helped. I stop hating her and began liking her.

Remember last week when people said the furor over a black Little Mermaid was just Twitter trolls stirring up shit? That may be the case, but it didn’t change the reality that there was plenty of racist shit that existed and was ripe for the stirring, because a lot of very real people got big mad about it, using their not troll accounts to sound off on social media about it.

Lashana Lynch, a black woman, is going to be the new 007.

The instant the story broke, bigoted shit stains stood tall and proud to proclaim their outrage. I posted about it on my Facebook page and they showed up there and commented endlessly about why this was the wrongest wrong that ever was wrong.

Many automatically leapt to the conclusion that she was the new James Bond. But! But! How can James Bond be a woman? Are we going to call her Jane Bond? How can he be black? SO VERY MAD!!!

Then, they were told to actually read the article. In the new film, Daniel Craig is still playing James Bond, but he has retired from British Intelligence. Somehow, I don’t think Bond will be playing shuffleboard or canasta or whatever throughout the film just because he’s retired. I expect the whiny little manbabies will get their white male hero kicking lots of ass too.

But on the point about his retirement, this isn’t hockey, and Bond isn’t Gretzky. He doesn’t get to take his number with him.

The whole idea of a secret service is that it’s fucking secret. If you start retiring the numbers of your agents because they were so fucking awesome at their jobs, that’s going to attract unwanted attention. When the intelligence services give out medals for valor, they’re pretty damn secretive about it, and the Memorial Wall of CIA members killed in the line of service has no names on it.

But they should have retired Bond’s number, because reasons!

If they retired numbers there is also the fact they’d be referring to their fictional agents as double-O-four-hundred-and-twelve after a while, and it doesn’t have quite the same ring to it as a single digit. Bond retired, and they needed to fill the “license to kill” hole he left in the service, so someone got promoted and took over his designation. How is this either hard to understand OR a big deal?

But apparently it is hard to understand, and it is a big deal, because the person taking over the number is a black woman. Here are some comments from whiny manbabies that appeared just on my Facebook page:

I wonder what these manbabies thought of The Shawshank Redemption. Morgan Freeman was a critical part of making that film as great as it was. I wonder how they’d feel to learn that the original Stephen King novella had Freeman’s character as a white man.

My point is that the amount of arguing taking place over this is ridiculous. So many paragraphs that amount to “I’m not racist, but …” or “I’m not sexist, but …” along with cries of misandry and “reverse racism” about a creative decision for a fucking film franchise.

You don’t want to see the movie? Fine. But know this: You aren’t owed shit. The people who make the movies have the freedom to do whatever the fuck they want, for whatever reasons they want, and you can cry all over the internet and downvote the shit out of it on Rotten Tomatoes, but it won’t change the reality that you’re a bigoted shit stain throwing a temper tantrum because someone decided to make the entertainment world just a little less white, and a little less male.

I get that your life revolves around movies, Cheetos, and Hot Pockets, and this seems really important to you. But please try to understand that having things be just a little different than they always were before isn’t a bad thing.

Grow the fuck up.