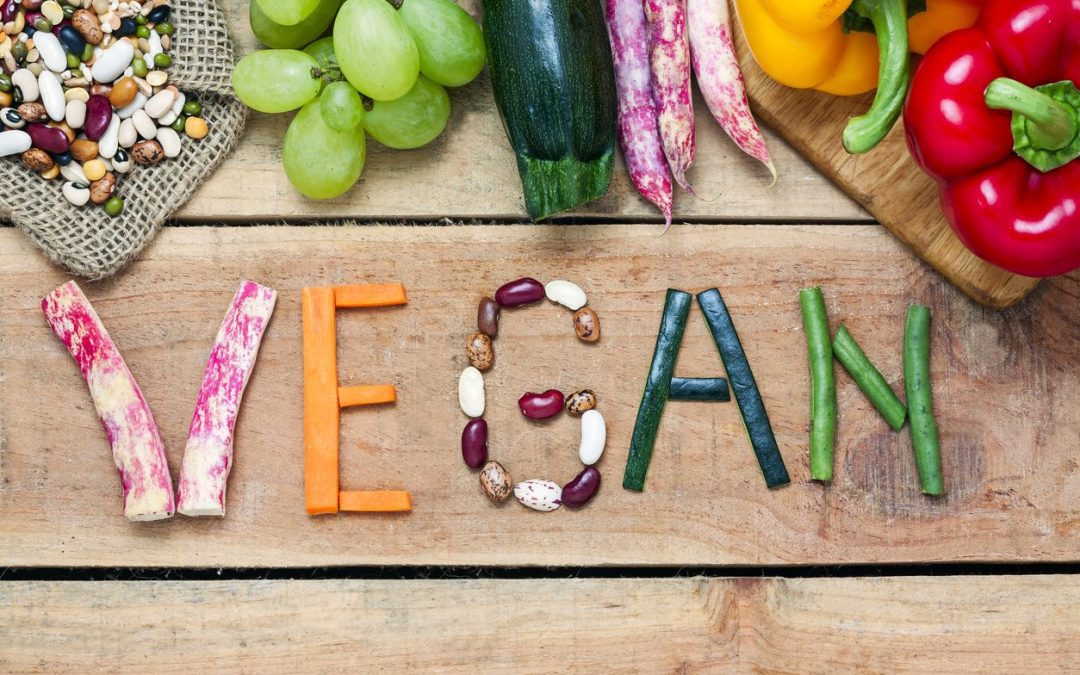 For some, food has become like religion. (Read my 10 Commandments of Dietary Zealotry.)

If people want to eat low carb I don’t care. When I start caring is when vocal low-carb proselytizers start spreading unscientific bullshit about how it’s the healthiest diet ever and somehow violates the physical laws of the universe by opening a rift in the space-time-insulin continuum that magically transports belly fat to a parallel universe. Or something.

Likewise, I am critical when vegans are militant in their behavior towards meat eaters.

But here is the thing: it’s a small minority in each groups. Just as most who eat low carb are quiet about it, same goes for vegans. I know and have interviewed many vegans; they’re not militant and they don’t sanctimoniously ram their eating behavior down anyone’s throat.

And yet because a minority does say stupid things like everyone should be forced to go vegan, we have a backlash. And not just a “STFU, vegan” backlash, but spreading of misinformation that it’s not healthy; that vegans are weak and anemic and scrawny and that it harms performance and if you don’t eat meat you’re gonna die. Some say the ONLY reason to eat vegan is for ethical reasons, because it can actually be harmful to your health.

It’s a battle of bullshit.

I eat meat, but am always endeavoring to increase the percentage of plants in my diet. I wanted to investigate to see if there was any merit to the vegan = unhealthy claims.

I started off by talking to a trusted friend.

Zero Concerns
“If done well I have zero concerns about a vegan diet from a health perspective,” said Dr. Yoni Freedhoff, an obesity researcher in Ottawa, Ontario. He then put my entire opening statement into perspective: “Eating vegan is something that we are allowed to do, and I’m not going to judge anyone on the basis of their diet. If they like it and it’s helping them live healthier or feel better about themselves or their effect on the environment, then good for them.”

It you hate vegans for no other reason than they refuse to eat animal products; please reread the previous two sentences.

And being that Dr. Freedhoff is an obesity researcher, he had some comments on that aspect of the diet: “There are some vegan organizations that like to tell people that this is the ticket to weight loss, but unfortunately that’s not always the case. You can have plenty of vegan calories as well. Going vegan does not necessitate a healthy weight.”

Experimental Analysis
I spoke to another friend, Maryland resident Dr. Spencer Nadolsky – one of the “Docs who lift” I interviewed a while back – because he spent a month as a strict vegan as an experiment to see what would happen.

“I felt fine,” he told me. “I made sure to eat enough calories and get the right protein intake. I made sure I was careful to do the vegan diet well. Energy and strength and everything were fine.” He’s normally a big meat eater, but said the hardest part was craving cheese and milk.

Spencer had no changes in his (massive and ripped) body mass, and lost no strength, but the way he felt and performed wasn’t the only thing he measured.

“I had profound improvements in my cholesterol markers,” he said. He then described a bunch of advanced medical stuff that went over my head. Read his blog on it for the detailed numbers. “It was similar to what would be seen in someone who would go on a statin (cholesterol lowering) drug.”

He also dispelled another popular myth about veganism: “Low carbers will say you will become insulin resistant and there is no good research to show that. In fact, my blood sugars stayed very regular.” As I showed in this piece, sugar intake doesn’t lead to development of type 2 diabetes UNLESS it is contributing to development of obesity.

Dr. Nadolsky did stress the importance of doing the vegan diet well.

“There is the processed vegan bullshit stuff that can make it easier to bring in enough calories.” He then described a debacle with vegan mac and “cheese” that both smelled, and tasted, like vomit. “It was the most putrid thing I ever tasted. I had to throw it out.”

Powerful Anecdotes
Rock and roll is not a career known for its longevity, but Phil Collen, the guitarist for Def Leppard, didn’t want to play that game. He gave up drinking in 1987 and traded it for exercise, and he also eats vegan.

These days, when Phil takes the stage, plenty of eyes are on him, because the dude is in amazing shape, and doesn’t like wearing shirts. Last April he gave me a kickboxing display on a martial arts dummy backstage before their show in Calgary and he did not seem to be lacking in youthful vigor, despite being almost 60.

“I was at my strongest as a vegan,” Phil told me. He’s been vegetarian since 1982, but went full vegan six years ago. “I’ve been lifting for years, and you’re always marking bench press and in 2013 I did my best bench. I don’t know if going vegan has anything to do with it, but I certainly didn’t lose any strength.”

Phil’s doctor doesn’t have any complaints about his choice of diet.

“I get a regular physical and the doctor says my numbers are for someone 20 years younger in terms of blood pressure and cholesterol. He told me, ‘Whatever you’re doing, carry on doing it.’”

There is also the case of my friend Lindsey Miller, a triathlon coach approaching the half century mark on Vancouver Island who has been vegan for going on five years.

“The vegan thing started while training for my first half Ironman triathlon,” she told me. For those who don’t know, that’s a 1.2-mile swim, followed by a 56-mile bike ride, followed by running a half marathon (13.1 miles).

“There was no change in performance at all,” she said. She also did a full Ironman distance event in 2013 as a vegan. “My energy was the same. I didn’t lose or gain any weight.”

She did say that going vegan requires more planning and cooking. “We were in a food rut,” Lindsey, who went vegan with her husband, said. “The quality of food went up because being vegan required us to focus on what we were eating.”

She also said, “You can be a crummy vegan and eat garbage. You have to put the effort it.”

This concept of how going vegan can make you take your diet more seriously is a prevailing trend. It’s hard to find much to eat at the fast food drive-through. If you’re going vegan, you have to cook.

Champion ultra-marathon runner Scott Jurek told me as much for an interview I did with him for the LA Times a few years ago. “I ate a lot of fast food in college, and the shift was one of those gradual things that was about health,” Jurek said of going vegan. “It forced me to think carefully about what I was eating.”

Health vs. Ethics
“Veganism is an ethical concept more than a health concept,” said Dr. Garth Davis, a weight loss surgeon in Houston, Texas and an expert in plant-based diets. “I don’t use the term ‘vegan’ with my patients. I prefer ‘plant based.’”

Dr. Davis told me, “I think most vegans did choose it from an ethical standpoint, but it has changed and grown over time to include those who find they perform better at sports on plant-based diets.” He echoed what Lindsey Miller and Scott Jurek said that many choose it for health reasons because it makes you think more carefully about your food intake.

“You don’t have be vegan in order to be healthy, but being vegan is a very healthy way to live,” he said.

We also talked about protein and supplementation. Some say there are concerns about a vegan diet not having “complete” proteins the way animal products do (plants don’t have all nine of the “essential” amino acids). Dr. Davis said, “As long as you’re getting a variety of foods you’re always going to have enough of the essential amino acids. He also told me there are plenty of vegan bodybuilders who don’t take any protein supplements.

Davis did say that it is possible to do a vegan diet poorly. You can live off Coke and potato chips and be vegan.

“Some people make mistakes with a vegan diet like avoiding carbs, which is ridiculous. On a low-carb vegan diet you’ll end up feeling weak and tired,” Dr. Davis said. “People who say a vegan diet didn’t work for them aren’t doing the right kind of vegan diet. They were too restricted.”

Phil Collen is very careful with his vegan diet, making sure he eats a wide variety of healthy foods, and so he takes no supplements at all. Dr. Davis does recommend a B12 supplement for vegans. “You only need about one pill a week,” he said. Lindsey Miller told me she takes B12 as well as an iron supplement. “There are going to be women are going to be anemic and need iron,” Davis said, “but there are pretty good studies to show that vegans are not more prone to anemia than anyone else.”

The takeaway here is that, yes, vegan can be a very healthy diet, as long as you do the work to ensure you do vegan well, and avoid the processed vegan “food.” From a health perspective, going vegan can make it so those who struggle with healthy eating are made to take their nutrition more seriously.

Because cutting out fast food burgers in favor of more plants is a good idea.