Inside Information on Why Simon & Schuster Cancelled Milo’s Book Deal 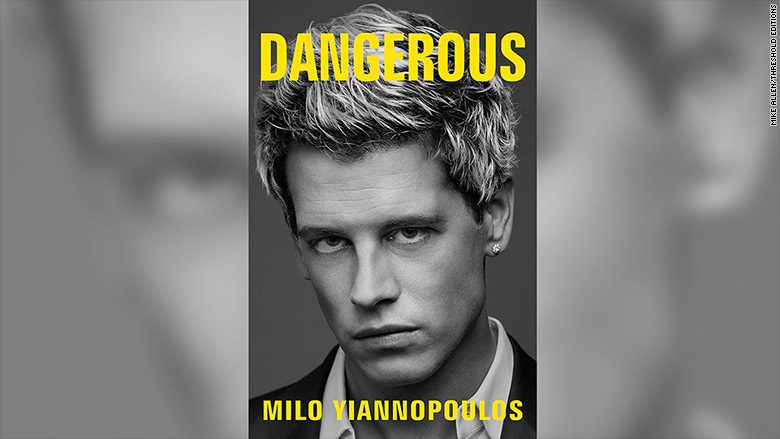 Capitalism rarely has a conscience.

You may be tempted to laud Simon & Schuster for cancelling Milo Yiannopoulos’s book deal. Not so fast. If you’re unsure what this is about, read this piece of mine from yesterday.

tl;dr is that some video came to light of Milo making statements that were, at the very least, sympathetic to pedophilia. S&S then decided to cancel his $250,000 book deal. This wasn’t an example of S&S “doing the right thing.” They deserve no accolades. In fact, it just shows that they were fine with all his racism and sexism and trans-phobia and other assorted bigotries because they thought it would make them money.

Publishing is a business like any other. In most cases, decisions are based on the bottom line.

Prior to yesterday, S&S figured they could make money off Milo’s special brand of novelty hatred. But then the tide suddenly turned. When the word “pedophilia” starts getting tossed around, stomachs churn. Suddenly, Milo became liability rather than potential profitability. Executives made a quick decision to punt him.

Again, they aren’t brave to do so. They showed a lack of morality when they gave him the hefty book deal in the first place. Had this most recent scandal not come to light they would have published his bigoted ravings and very likely profited handsomely.

These decisions are made on what a publisher thinks they can sell. Milo not only hurt his chance of sales because of his comments on pedophilia, but being associated with him further would be unacceptable to the S&S brand. Before this, his bigotry was at acceptable levels for S&S because the amount of money they expected to make would more than compensate for the hit to their reputation. But when sex with kids enters the discussion, the cost-benefit analysis turns negative.

I mentioned in the title a bit of inside information. I wish to share with you now the opening from my first book, Lose it Right, published by Random House Canada:

Here is part of a rejection letter I received in the early days of pitching this book, sent to my agent from the editor of a major publishing house:

There’s so much I really like here, David. James has a brash and audacious voice, and a sensible and straightforward message. His column in the LA Times is great, and I like the way he approaches the material … But my main concern, I hate to admit, is the sensible, measured nature of his program. Despite his flashy prose, he actually writes like the informed journalist that he is … sane, levelheaded, with proven advice. And while that’s great journalism, I worry that it’s not as salable of a diet plan.

The publisher didn’t care one whit about the quality of the writing or the information in the book. In fact, this publisher felt that “sane, levelheaded, with proven advice” would be a detriment to sales. They wanted some kind of gimmick, because it’s all about the money.

I’ve never said who that publisher was that sent this rejection letter. Until now.

It was Simon & Schuster.