Incels Are a Hate Group Promoting Rape and Murder 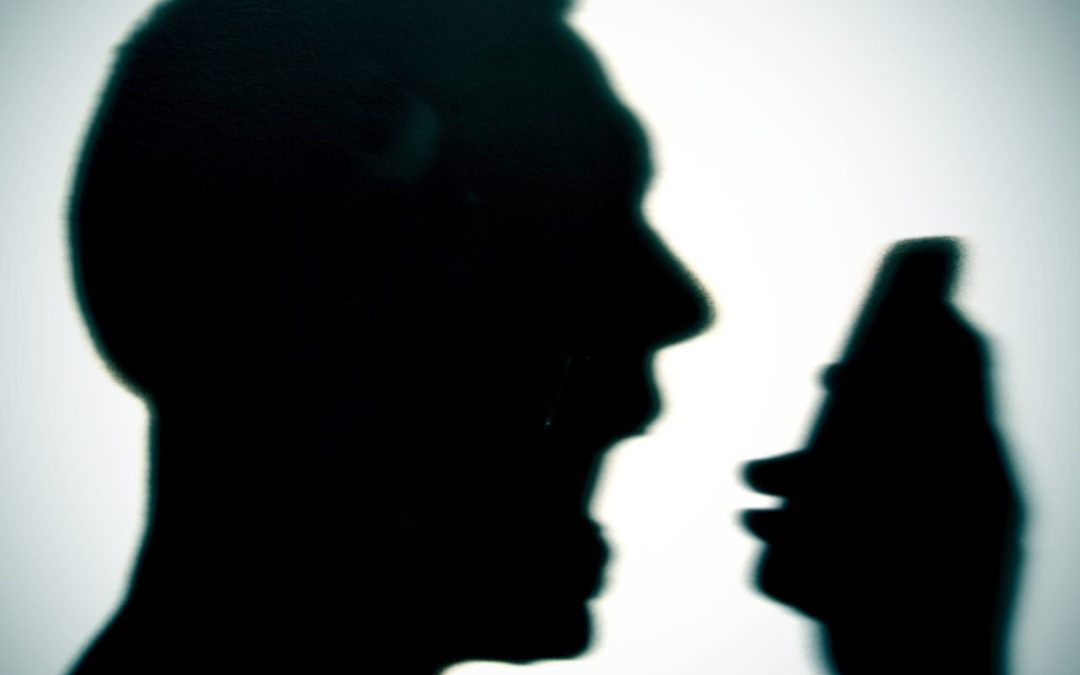 At the risk of TMI, I was one of those young men who couldn’t wait to lose his virginity. And, once lost, couldn’t wait to do it again and again. I had a dry spell in my late teens that lasted a year and felt I might lose my mind. Not really. But those hormones were coursing through my veins, and I wanted sex. Thirty years later, not a lot has changed.

I understand the desire for sex while not getting to have sex. This doesn’t make me sympathetic to incels.

These days, many young men take a different approach. They rage into the internet, creating their own terminology to express their frustration while encouraging each other’s hatred of women. Sometimes, they are pushed over the brink into unspeakable acts of violence.

In 2014, Elliot Rodger murdered six people and injured 14 others in Isla Vista California. It’s worth noting it was this massacre that led to me exploring new areas to write about. Rodger told of wanting to be an “alpha male” who got all the hot sex he desired. Being in the fitness industry, I’d known of this terminology for a long time—the concept of being more alpha is a popular marketing tactic for selling fitness programs—and I always considered it toxic, unscientific bullshit. The killings prompted me to finally write about it with a piece titled “The Myth of the Alpha Male.” That post led to me writing a piece for TIME Magazine about so-called men’s rights activists (MRAs), which has close ties to incels, and an appearance on The Art of Charm podcast to discuss toxic masculinity.

Since that time, I’ve written a lot about MRAs, toxic masculinity, and how men often feel entitled to women’s bodies. I’ve been meaning to write about incels, and with the massacre in Toronto, I can’t put it off any longer.

I mentioned understanding being sexually frustrated. This is a critical point: Sexual desire is not what defines incels. Incels are a hate group born out of having their sense of entitlement thwarted. These are almost exclusively young men who feel they are owed a beautiful woman to be their sex slave so they can achieve status in the male hierarchy as a conqueror of women’s bodies.

Interestingly, the term incel was coined by a woman in the 90s who launched a website with the goal of helping people. She soon found the men participating in the site “were prone to antagonistic, repetitive complaining.” Female incels were told by these men they could get sex any time they wanted. A common theme in the incel community is that women exist to torture men by denying them sex.

That’s where the hate comes from: Incels view women as their torturers, and the method of torture is denial of access to female genitalia.

The Vilification of Male Virginity
While “purity” is often praised in women, for men, being a virgin is seen as shameful. If you can’t get laid, you’re a failure as a man. You’re not masculine enough. You’re not alpha. You have no game. You have a tiny dick. You’re a loser. What’s the matter with you? Are you gay?

The incel community is far less about having enjoyable sex than it is about asserting their dominance in the toxic hierarchy of what many consider the ultimate maleness of banging lots of hot chicks (attractive women are referred to by incels as a “Stacy”). If you have sex with lots of hot women, you are worthy. Other men will admire and be jealous of you (incels call such men “Chads”). If you are a virgin, you are lower than navel lint.

A Rape-Promoting Hate Group
Incels are not few in number. Prior to their banning in 2017, the /incel subreddit had 40,000 members. It was allegedly a “support group,” but the real reason it existed was to promote hatred of women and advocate for their rape and even murder.

Many incels consider rape as a made-up concept. Or it’s a reproductive strategy. Women in ripped jeans want to be raped. Rape should be legal. And, “If you don’t want ugly men to rape females, stop excluding them from sex.”

They also lionize the murderer Elliot Rodger, referring to him as “Saint Elliot” because he “martyred” himself for the incel cause. Rodger wrote and distributed a 107,000-word manifesto and made a YouTube video prior to his murder spree where he told of his frustration with being rejected by women and his jealousy of men who were sexually active.

And now, we have another killer identifying as an incel. Accused murderer Alek Minassian wrote this post prior to his horrific attack in Toronto, using a rental van to take the lives of ten people and injure 15 others.

Time for an “Incel Rebellion.” Elliot Rodger is a “Supreme Gentleman.”

Is There a Solution to End the Violence?
Incels consider themselves irredeemably ugly, and this is why they believe they are sexually unsuccessful. In their minds, their hatred of women stems from women having shallow mating standards that are based solely upon a man’s looks. At the same time, they hypocritically vilify women they deem unattractive and proclaim to not lowering themselves to having sex with a woman who doesn’t meet their warped standards of beauty.

They see any effort at self-improvement as both futile and accepting of the “system” where women control all sexual encounters and reproduction. For them, women are not sentient human beings, but rather objects for their pleasure who have denied them such. And so, they are deserving only of hatred, rape, even death.

These are men who feel emasculated due to their lack of sexual activity. It makes them feel low in the masculine hierarchy. Rather than blame the toxic aspects of masculinity, they blame women for denying them the tools to climb the ladder.

Elliot Rodger had spent money studying the techniques of so-called pickup artists (PUAs) in an effort to lose his virginity. When such methods proved unsuccessful (surprise!), Rodger lashed out online against such fraudsters, joining a group called “PUA Hate.” In the aftermath of his murder spree, I recall such PUAs defending their techniques and saying incels needed these methods to get laid. One wrote of how PUAs could solve the problem of incels, saying, “We’re saving lives here!”

Incels themselves say there wouldn’t be a problem if the Stacies just spread their legs. This is like what happened after the Parkland shooting in Florida. The problem wasn’t guns, some said, it was being mean to people. Walk up, don’t walk out. Women, you need to fuck those incels, so they won’t shoot you or run you down on the sidewalk.

Juliet. Foxtrot. Charlie. This treats women as a consumable resource. A mere thing that should literally lay down at the altar of the incel, so the latter can build his self-worth and social currency via the enslavement of women’s flesh and bone.

It’s aggrieved entitlement, and they use it to legitimize their hatred of women. It’s been an issue for millennia, with the difference now being the existence of the internet for easy gathering and spreading of toxic ideals, and quick access to methods of mass murder.

The only hope is to continue to slowly drag the humanity train forward. To spread the word of #metoo so more men understand how big a problem this is, and encouraging positive masculinity that allows for men to be themselves, to express emotion, to have healthy self-esteem rather than being prideful in the extreme. We must teach such men that feminism is not the enemy that seeks to place women above men, but to embrace true equality that allows us all to the best versions of ourselves, cooperatively, rather than considering everything to be a competition and fight for dominance like life is nothing more than a post-apocalyptic Costco parking lot.

Men can still be men. These are not qualities inherent to maleness, but men can still embrace ambition, competition, strength, and bravery. At the same time, they can espouse caring, respectfulness, fairness, solidarity, responsibility, empathy, intelligence, and being free with emotions.

There is no silver bullet solution. There is only slow progress in helping men understand they can reject antiquated concepts of extreme

masculinity and moving all of us forward into a better future, unafraid to explore who we wish to be.

James S. Fell, MA, MBA, has bylines in the Los Angeles Times, Chicago Tribune, the Guardian, TIME Magazine, and many other publications. His blog is read by millions of people a year and he is the author of two books: The Holy Sh!t Moment: How Lasting Change Can Happen in an Instant (St. Martin’s Press, 2019), and Lose it Right: A Brutally Honest 3-Stage Program to Help You Get Fit and Lose Weight Without Losing Your Mind (Random House Canada). Order them here.