Imposter Syndrome: You’re Not Fooling Anyone 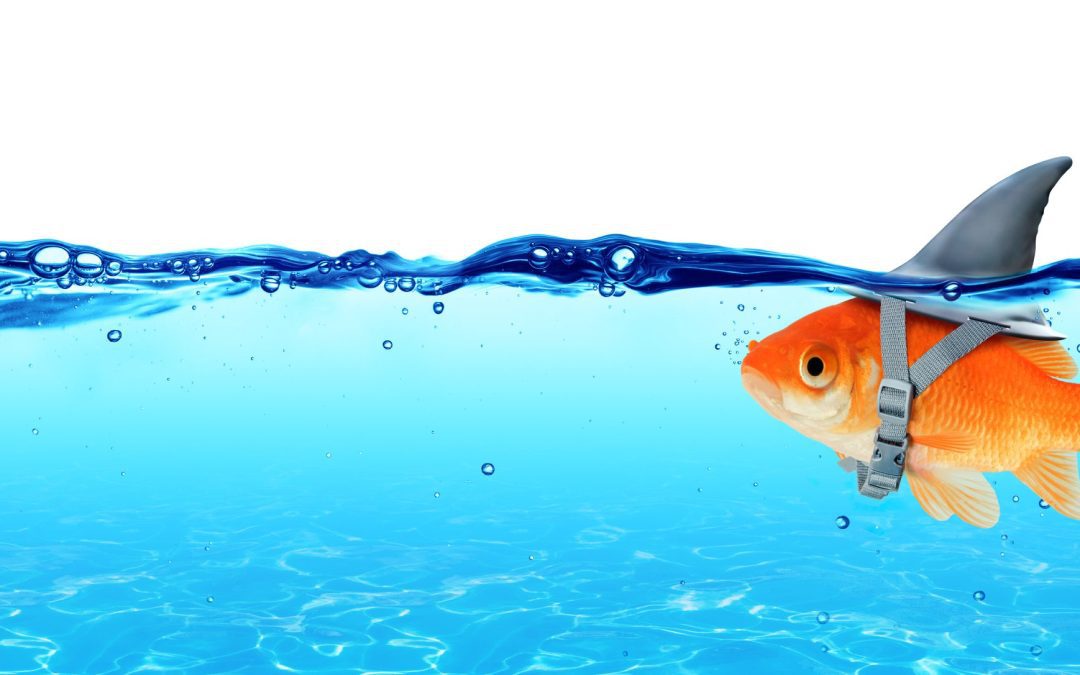 The fundamental cause of the trouble is that in the modern world the stupid are cocksure while the intelligent are full of doubt. –Bertrand Russell

A little while ago, the CEO of Google had to explain to a bunch of idiots why when you do a Google image search of the word “idiot” you get a metric shit-ton of pictures of the toddler in chief.

I expect Trump considers himself to be the BEST president in the history of the United States, all while being the worst.

Dude is … not so smart. And yet, he gives the impression he believes every decision he makes is infallible. There are others far more capable who could use some of that confidence. Alas, they feel like frauds. They worry about being exposed as incompetent, having achieved their station via random chance rather than their capabilities.

I’ve told a few people that imposter syndrome is something I am prone to, and the response was always, “Really? You?”

Yes, me. And while there are plenty of people who believe I should never be let near a keyboard again (hi!), there are many who consider me an expert source for advice about … stuff. And this is not to say I believe I give bad advice. I think I give pretty good advice.

It’s good because the nagging doubts of my own incompetence frighten me about being exposed as a fraud, so they drive me to manage as best I can, to do a good job, to not fuck this up. I have a responsibility to readers to not steer them off a cliff.

Imposter syndrome has varying degrees. I wouldn’t say mine is all that serious, but it’s enough to prompt fear and feelings of inadequacy that require mental gymnastics to overcome. Despite all my success, when someone tells me they love my work I’m often confused and cannot help but think, Really?

A 1993 study by researchers at Georgia State University published in the journal Psychotherapy reported “the impostor phenomenon [is] seen as a result of seeking self-esteem by trying to live up to an idealized image to compensate for feelings of insecurity and self-doubt.”

Well that explains a lot.

I had a rough childhood interacting with my peers. Let’s say that junior high was … not fun. When you’re often told how much you suck, it’s a breeding ground for those insecurities and self-doubts. Since then, I’ve felt like I have something to prove.

While it may seem discussions of imposter syndrome are a new thing, it’s been examined for decades. In 1978 the same researchers from the aforementioned Psychotherapy paper conducted a study of high-achieving women and discovered that, despite outstanding academic and professional accomplishments, many felt they’d achieved their station via luck or overwork rather than ability. They felt as though they had “fooled” everyone and could be discovered as a fraud at any moment.

The research reveals a common practice among those who experience the syndrome is the expectation of failure, which leads to compulsive overwork. This reinforces the thinking that the only reason they succeed was because they obsessed, believing it was because they logged significant hours of labor that allowed them to succeed; it wasn’t ability, in their minds, it was doggedness.

One tactic to help alleviate the syndrome is an alteration in prediction. Rather than expecting to fail and working hard to avoid that, the recommendation is to expect success, and be encouraged to work toward that success as a passionate endeavor. This decreases the compulsive nature of work habits and makes that success a victory rather than “avoiding failure.” This reminds me of a piece I wrote years ago about “the dualistic model of passion in sport.” It’s about harmonious passion vs. being obsessive. The former is far more enjoyable, sustainable, autonomous, and mentally healthy. Give it a read.

Another tactic is to imagine confronting the people you believe you have fooled.

When people tell me they enjoy my work, I cannot help but think I’ve pulled off some con. I tricked them into liking my work, because it’s really not that great, I imagine. One therapy for imposter syndrome is to imagine telling people who appreciate your work those feelings and wondering about how that might go over.

Think about this. You say you like my work. I say it’s actually crap, and I’ve conned you. I’ve fooled you into thinking it’s actually good when it’s not.

How does that make you feel?

When you believe you’ve suckered people into thinking you’re competent, it’s a direct insult to the intelligence of those who compliment you. Sometimes, these are people you care about. I care about my readers, and don’t wish them to think I consider them suckers.

In fact, I’m often amazed at the intelligent commentary I get on my page. The interaction is a wonderful thing and I’ve learned much from reading it. Y’all are some smart cookies. Not easily fooled. So why do I feel like I pulled off a con?

Because that’s part of imposter syndrome. And a tactic to overcome it is to have respect for those who appreciate you. My wife says I’m a good husband. And she is one hell of an amazing woman, so I figure I must be pretty good at it, despite having doubts. She’s near impossible to fool.

That’s another tactic to ameliorate the negative feelings associated with imposter syndrome, but there are also ways to use these nagging doubts to drive you forward toward ever more success.

Let’s get back to Trump and Bertrand Russell’s quote. Being overconfident is … not good. Case in point: the current state of U.S. politics. And so, some self-questioning can be a good thing, because it makes you meticulous, makes you work hard to ensure you get it right rather than spend another week on the fucking golf course.

This is called a “past performance accomplishment.” It’s a parameter of self-efficacy theory, created by Stanford University psychology professor Albert Bandura in 1977. It’s about how you form perceptions regarding your ability to perform specific behaviors. Past success = confidence, which makes people more determined to persevere, even in the face of adversity.

Imposter syndrome isn’t necessarily bad, so long as you’re not damaging your psyche or allowing it to paralyze you with continual self-doubt,

which can lead to burnout. The trick is, listen to others. Accept their praise at face value. At the same time, use the power of doubt to drive you to work hard, to be meticulous, to do the best you can, because you’re passionately driven to succeed, and you know you can’t get away with a half-assed attempt. Your fans—you do have them, and they are not foolish—want more.

Keep showing them what a good job you can do.