How To Tell If You’re A Douche Bag 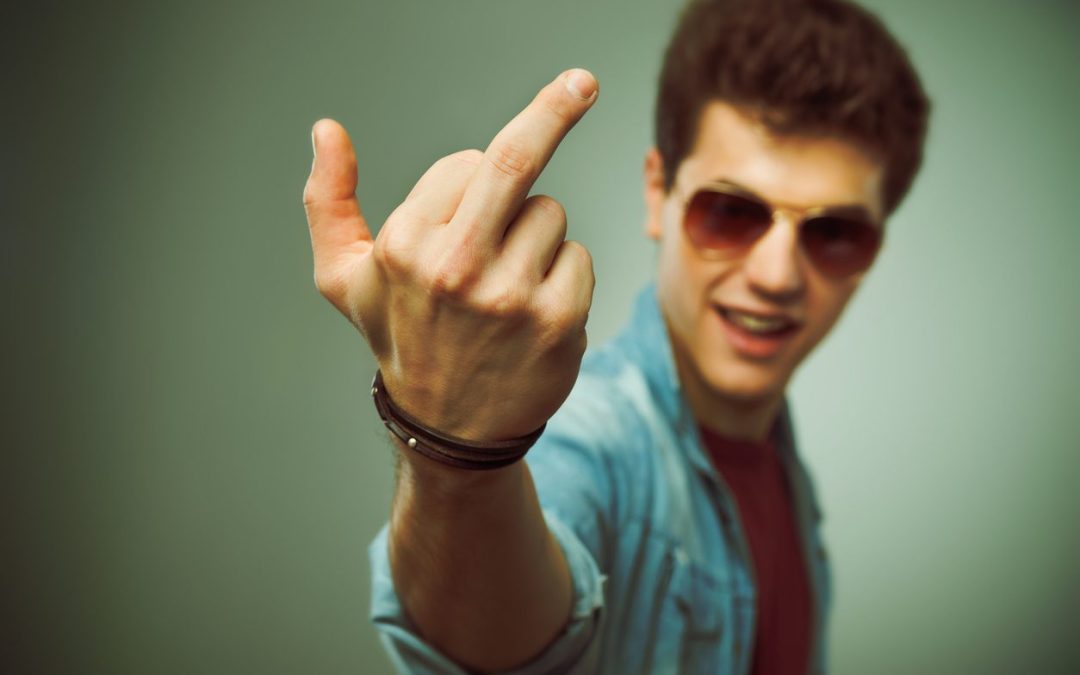 Darth Vader didn’t know he was a douche bag. If you can fight the sadness and make it through episodes two and three you’ll see Anakin Skywalker self-justify his journey to the dark side. Humans are good at that sort of thing; everyone is the hero of his or her own story. Neither Darth nor General Zod nor the Crimson Jihad guy who wanted to nuke Miami in True Lies, nor even the bunny boiler in Fatal Attraction thought they were doing anything wrong. They feel the circumstances make their actions justifiable.

Instead of self-justification, you must instead engage in self-reflection and realize how your actions negatively affect others, and feel empathy for the suffering they experience. Do unto others, you know?

Beyond that, let’s make a list of examples just for fun.

Dr. Jack Wolfson, a cardiologist in Arizona, said this: “I’m not going to sacrifice the well-being of my child. My child is pure.”

Okay, that doesn’t seem so bad, wanting to keep your child “pure.” But pure from what, and at what cost?

What he wants to keep his child pure from is the most important health advance in human history (clean water perhaps notwithstanding). He believes the bullshit anti-science about vaccines and shrugs off social responsibility. When asked about how his unvaccinated children endanger the lives of others he said, “It’s not my responsibility to be protecting their child.” When discussing a girl with leukemia and how people like him put her life in jeopardy he said, “As far as I’m concerned, it’s very likely that her leukemia is from vaccinations in the first place.”

Yeah, there is a reason why this one is first on the list.

You’re all about being an alpha male

Embracing bad science to be someone you’re not coupled with a desire to be dominant over others = not awesome.

If you need more convincing of how the term is toxic and breeds douchebaggery, read my piece The Myth of the Alpha Male.

You proudly proclaim yourself an “anti-feminist”

You don’t need to wave the feminist flag. It’s understandable if you want to appear neutral on this issue because some just don’t want to get mixed up in the fray. In this piece for AskMen I talked about how “feminism” is an F-bomb that I don’t often drop because it’s a loaded term for a lot of people.

But why come out as an “anti-feminist?” Answer: you’re a douche bag.

It is my experience that if you proclaim yourself anti-feminist, you are indeed a douche bag, and I would know, because Twitter. And because this piece I wrote for TIME Magazine about men’s rights activists. The butthurt flowed freely, with misogynistic rants hurled at me for weeks. The number of Twitter users who put “anti-feminist” in their bios was high; not all were male.

I respect people’s right stay out of this battle, because it gets ugly, and you probably don’t need the stress. Just don’t be on the wrong side of it, or: douche bag.

You use sex to gain advantage

This is something any gender can be guilty of. I don’t want to engage in too much stereotyping, so I’ll just say that if you’re using someone’s sexual desire as a tool to control them, that’s not nice. It’s a douche bag thing to do.

You shame people over their body type

I know fitness pros who believe shame is an effective strategy for motivating people to exercise and eat right, despite the fact that the research shows it has the exact opposite of the intended effect. Shaming people for being thin or overly fit or muscular is no better.

You can’t let someone go

No one owes you their presence.

Not being able to take no for an answer is harassment. And douchebaggery.

You think you can dictate who should marry whom

“Why can’t they just be happy with a civil union?”

There is an argument that gay people should not be allowed to marry, but will concede to marriage light where they get all the legal benefits, but can’t call it being married. People can’t be husband and husband or wife and wife, because tradition, or what some old book says, or something.

Think on this: being anything other than heterosexual has been held in contempt since time immemorial. People have been imprisoned, executed, shamed, beaten, denied parental rights, driven to suicide, bullied, “converted” … all for not wanting to adhere to what some see as the accepted norms of man + woman = only suitable pairing.

So, you take a historically maligned group of people then tell them they can’t officially marry the person they love, furthering the belief that they are somehow lesser beings because their love isn’t legitimate enough to qualify for marriage.

Like with feminism, you don’t have to be a supporter, but don’t get in the way of progress either. That’s douchey.

Okay, maybe not total douchebaggery, but if you’re doing all three of these things then please know that you might be just a little bit annoying.