How to Tell if She’s the One 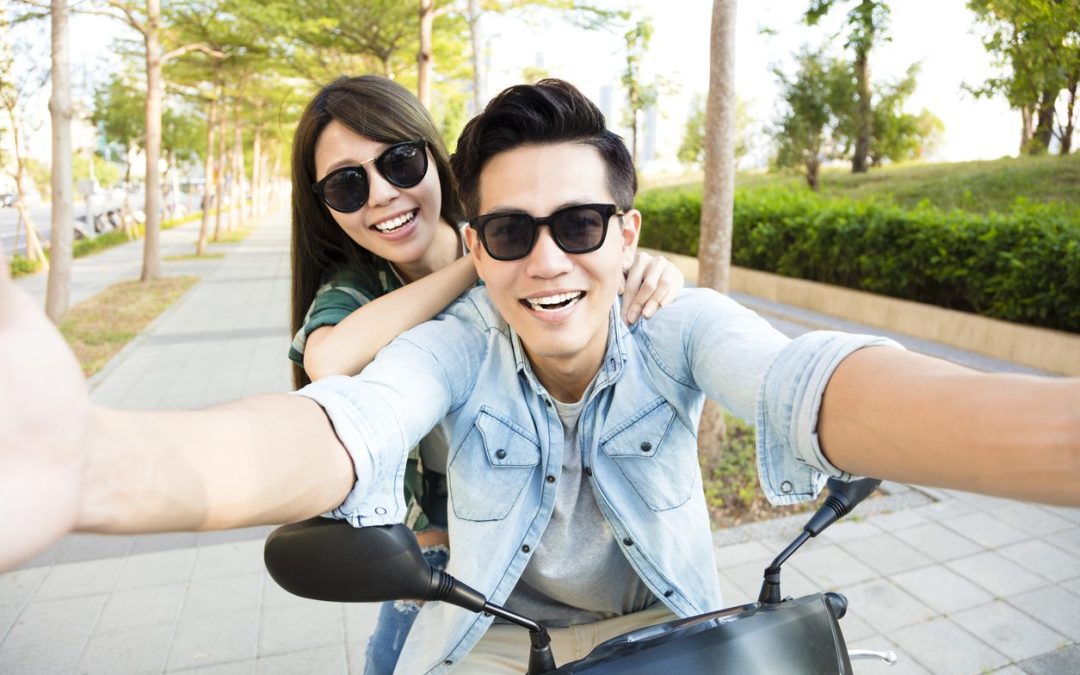 I’ve been in love for 25 years straight.

That’s “to the day.” Twenty-five years ago today, I met her.

In a way, I think I do believe in love at first sight. Well, how about “love at first night”? And no, it wasn’t a night in bed. It was an evening where we talked to each other for several hours. By the end of our initial meeting, I knew I would fall in love with this woman, so I figured I’d just start sooner rather than later.

It was September 8, 1989, at our college frosh cabaret. The band sucked.

A friend I was with needed a wingman; he wanted to talk to my future wife’s blonde friend, and asked me to come with him to “talk to the brunette.” I took a look at her, she saw me looking and smiled, and without even speaking to my friend I began walking towards her.

I was 21. She was 18. She’d just broken up with the fellow she had been seeing all through high school. I’m the rebound guy.

By the end of that evening I had asked her on a proper date. Not coffee. I kissed her goodnight as well. This wasn’t about “making my intentions known” or any other alpha male garbage. This was about doing what I felt compelled to do. It was about following my heart. From that first meeting I wanted her, and I pursued, and kept on pursuing, because it was obvious the feelings were reciprocated.

Early on, there was no question we were a couple, to the exclusion of all others. Within a couple of months I knew we’d get and stay married. She knew it too.

How did we know? How can my experiences help you?

I’ve written a fair bit of relationship stuff, but I’m not an expert. I didn’t study this in school. I read about it, usually in learning how to be a better husband, and I observe, and I use my brain to mull things over. People tell me I give them good relationship advice. There’s your caveat. Take this advice, or don’t take it.

Here’s how, according to James, you know she’s the one:

You’re sexually attracted to her, and this is something that grows with time
The more time you spend with her, the better she looks. The more you want her, not just to have sex, but to touch, to hold, to kiss. You note that she has these feelings for you as well.

You get lots of positive reinforcement
Your meetings leave you feeling good. You walk away from each encounter feeling better than before. This doesn’t mean there won’t be times that she annoys you, or vice versa, but overall, the relationship is something that makes you want to do that again.

You willingly make sacrifices for her, and vice versa
I went through a radical shift in career plans in order to be with my wife instead. I have zero regrets on this. She has made numerous sacrifices for me as well. We never begrudge the other for this, because always – ALWAYS – the relationship comes first. We’re a team who works together, with the overriding goal being the happy continuation of our marriage. If there is a problem in the marriage, it’s all hands on deck to fix it, because nothing is more important to us than us.

There is a high degree of trust
You trust each other, because it’s earned. Jealousy kills relationships.

You make your own rules
Society has it’s own ideas about how relationships are supposed to progress, and who is supposed to sleep with who and in what position and after how long and in what hole and all that crap. You ignore that, and instead come up with your own plan as a team, you do this because …

You talk to each other a lot
If she’s your favorite person to talk to, then this is a good sign.

When you’re down, she’s the one you want
If something is wrong and you need a shoulder to cry on, it’s not mama you run to, it’s her.

The type of music you listen to, what movies you prefer, and which team you want to put more footballs in nets and hockey pucks in baskets are not such big things.

You help each other achieve dreams
I babysat my wife through medical school and residency. She needed me to, and I never regretted a moment of helping her achieve her dream.

And she has done the same for me in my career. I also became more or less a single parent for six months while she chased her black belt in karate, and she picked up a lot of slack while I trained for a Boston qualification. Speaking of which …

You don’t keep score
You just trust that, over time, the give and take is coming out even.

She makes you better
Another cheesy cliché.

It’s from that As Good as it Gets movie: “You make me want to be a better man.” Regardless of gender, it’s not just wanting, it’s actually doing it. It’s taking concrete action in order to improve yourself, because you want to be a person who is worthy of her. And she’s doing these things too. She’s trying just as hard to be worthy of you.

She encourages you to have your own life
Pretty self-explanatory. Also, she has her own life too.

It feels right
I have seen chemistry go sideways when it’s the only thing, but when you have the above and you have that chemistry, she’s probably the one.

So do what you can to hang onto her.

This piece was first published on my older site on September 8, 2014. After more than 29 years now, she’s still the one.