How to Stop Rape 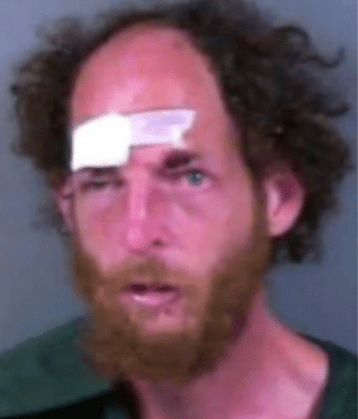 A runner fought back, and kicked some rapist ass.

It’s a big story right now. Kelly Herron was marathon training in Seattle and stopped for a bathroom break. A registered sex offender, Gary Steiner (image featured above), attacked her in the bathroom and she fought back. She’d taken a self defense class recently, which may or may not have made a difference, and after an intense struggle a passerby helped Herron lock Steiner in a bathroom stall using a carabiner to keep him captive until police arrived.

Awesome. Fuck that guy. Let him rot in prison. And good for Kelly for successfully fighting back.

But please let us focus on the bigger picture here too. Kelly was brave, and she was tough, and perhaps she was also lucky. I don’t want to diminish her victory in successfully fighting back. But I also don’t want to perpetuate a message of “Why didn’t you fight back?” to victims of rape.

In an interview with the Guardian, Helen Jones, co-chair of the Rape Crisis Federation, had this to say:

“Every case is different, and women can only assess each particular situation and the likely danger to them if they do resist. Doing that in a split second is extremely difficult.”

In the Washington Post, psychologist James Hopper writes, “In the midst of sexual assault, the brain’s fear circuitry dominates. The prefrontal cortex can be severely impaired.” People can freeze up. Hopper used the expression “deer in the headlights.”

Much is made of the fight or flight response, but I remember being bullied in junior high – which isn’t even in the same universe as rape – and freezing up when faced with assault. I couldn’t make myself do … anything.

There is only one person who should ever be blamed for a rape, and It’s the goddamn rapist!

“Why didn’t you fight back?” are words that should never be said. Other things that shouldn’t be asked involve attire, alcohol consumption, sexual history, what a person was doing there …

Because rape is always the fault of the rapist.

How to stop rape? Stop rapists. How to stop rapists? Stopping rape culture is a good start. This piece in The Nation states that “rape culture exists because we don’t believe it does.” And the first thing addressed in the piece that contributes to rape culture is “Violent masculinity and victim blaming.” Read my piece on toxic masculinity to get a better understanding of the former. It also helps to read my piece about how many men feel like women owe them sex.

One way to prevent rape is to never drink alcohol, and spend all your time locked up inside a fortress while heavily armed and wearing a chastity belt. Except that’s stupid. Women have every right to live their lives free of fear. And yet, a survey in Runner’s World revealed that 43% of female runners have been harassed while running. That’s why I tell male runners to not look back.

If I’m out for a run and a driver blows through a stop sign and hits me, people don’t ask, “Why were you out running where there are cars?”

I try to watch for cars, but it’s still not my fault if they are the one running the stop sign. People can take safety precautions, but the problem is that rape prevention advice can easily cross the line into victim blaming, because it makes rape prevention the woman’s job. The Daily Beast reported that campus rape prevention tips are targeted at women 80% of the time.

I am certain that there will be a “What about the men?” claim, because men can be victims of rape as well. But that’s not what I’m talking about for this piece because the runner who was attacked is a woman, and her assailant is male. I support the writing of worthy pieces of preventing the rape of men, but that’s not what is being discussed here.

And yes, I know that “not all men” are rapists. In fact, most aren’t. But the ones who are rapists take a terrible toll; they need to be stopped.

How you stop rape is by stopping people from raping. There is no easy answer to how to accomplish this, but we all have a role to play on focusing on changing the ways of the perpetrators, and not examining what the victims could have done differently.

UPDATE: Read my interview with Kelly Heron about her return to running for the Chicago Tribune here.