How To Make Love To A Feminist 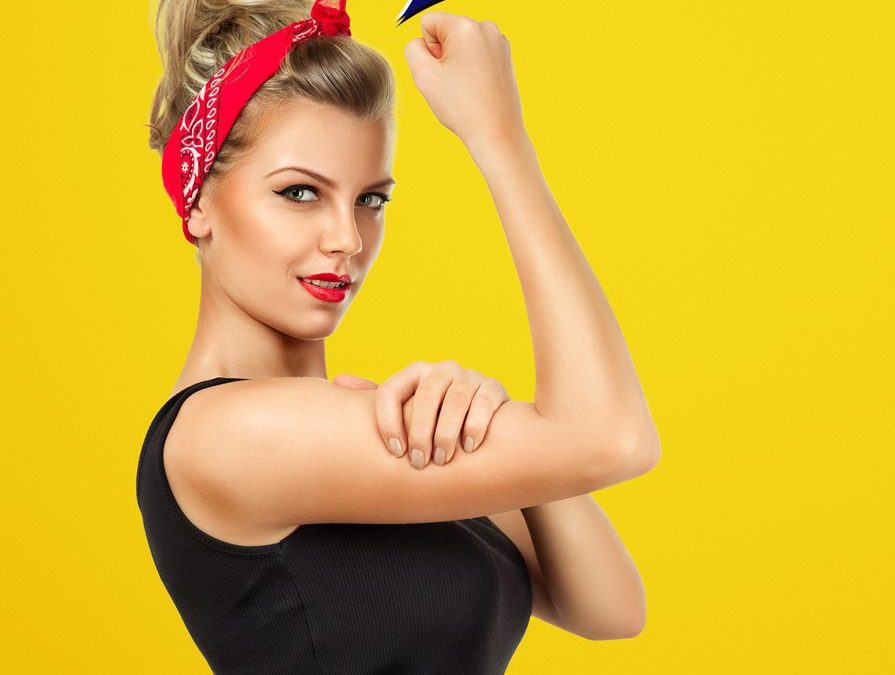 I’ve had a lot of sex, but I’m pretty sure I’ve never “made love,” because barf.

If I were to ask my wife – a feminist – “Would you like to make love?” she’d burst out laughing. Conversely, if I say, “Wanna fuck?” that usually results in happy naked fun time.

But “How to Fuck a Feminist” didn’t have the right vibe as a title for this article, so here we are.

The concept for this piece came to me after masochistically delving into the manosphere: a toxic slew of misogyny and laughable “men’s rights activism” that vilifies feminism as a bunch of man-hating, frumpy, asexual wildebeests. Memes abound how feminists hate sex and only ever use it as a weapon. Feminists have emasculated everything it means to be a man and will only spread their legs for financial gain then beta cuck mangina white knight something something.

I know a lot of feminists who love sex.

It’s not just feminist friends telling me how they love sex, but as a public figure that sometimes writes about relationships, women comment on my posts and even send me messages informing me of their love of P in V, and in other places too.

This whole thing about feminists hating sex does not at all jibe with the reality of which I’ve witnessed over the decades.

So why do misogynists deign to declare feminists as anti sex? That’s because feminists don’t like having sex with men who hate women.

I know a lot of feminists. I know a lot of guys in relationships with feminists. Those guys seem pretty happy, but the anti-feminist crowd will just proclaim such men as slaves to feminism, because, “the pendulum swung the other way too far in reaction to the way men dominated.”

The anti-feminists are like the boy with three toys, and a girl has one toy. Then someone comes along and gives the girl a second toy, so he wails, “No fair! You can’t give her another toy unless you give me another one too!”

Such men have co-opted the term egalitarian. They say, “I’m not a feminist, I’m an egalitarian.” Because, again, they mistakenly believe that feminism swung that pendulum too far the other way. The reality is they’re a bunch of whiney fucking losers who wouldn’t understand true equality if it stomped on their fedora.

The result is these delusional, women-hating dipshits don’t get laid. At least, not by feminists, because women who are feminists probably aren’t going to want to have sex with a guy who follows an outdated code of toxic masculinity and gender dominance.

Personally, I think feminists are great in bed. They’re often passionate and inspired and they let you know what they want. Some of them are into pretty wild stuff.

How do you make love to a feminist? Step 1 is to not be some anti-feminist dickbag; don’t be a woman hater. Step 2: Don’t buy into ancient ideals of what it means to be a man. Embrace true equality and see her as a real and fully equal human being, different in many wonderful ways, but equal.

Also, don’t ever expect her to owe you sex. Treat her with the same respect you deserve. Entice her to want to have sex with you because you are a good and worthy man. If you’re not good and worthy, work on that.

Feminism is not a bad word. The “fem” part may make it seem as though it favors one gender over the other, and like with any group it has it’s extremist outliers, but it’s really about true equality for both genders in terms of political, social and economic rights. The term arose at a time when there was tremendous disparity between genders in these areas. Now that there is less (but still real) disparity the term has fallen out of favor in some circles, and there are even women saying, “I don’t need feminism.”

I don’t want to mansplain feminism. I actually don’t spend a lot of time thinking or talking or writing about it. I just try to be a good man who treats my feminist wife as my true equal. I look after myself and I look after her, and vice versa. I’m an attentive parent and a hard worker who has passion for life. I realize she has needs and I endeavor to meet them. I show appreciation for all she does and don’t just paw at her for sex, but engage with her in honest and open communication, because she’s my equal.

Of course, I have a tendency to look at things from a long-term relationship perspective, but I have it on good authority that many staunch feminists are also down for the fling. Should you wish to couple with such a feminist, it is once again about not being an anti-woman dickbag. As my friend and feminist Yvette (A.K.A. SciBabe) told me, “Women are down to fuck. But they want to know that, the next day, you’re still going to think of them as a human being.” Yvette is now in a long-term relationship, but she added, “Even if it’s just a one-night stand, they don’t want to go home with a guy whom they get the slightest impression will refer to them as ‘that cheap whore I fucked last night.’”

And that is how you get a feminist to want to make love to you. Or have sex. Or fuck. Whatever.