How To Lose Over 7 Pounds With No Effort 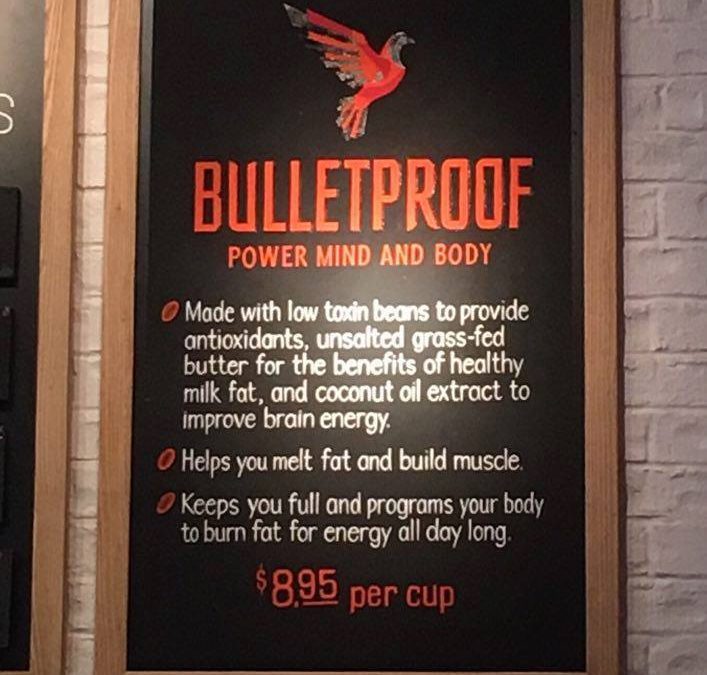 Butter is not a super food.

Butter is NOT a super food.

Butter. Is not. A motherfucking. Super food.

While we’re on the subject, there is no such thing as a super food, Oedipal or otherwise.

Putting butter in coffee is one of the most drain-bamaged-dumb-fuck-stick-a-fork-in-an-electrical-socket-culinary-abortion things you can do.

In the movie Casino, Joe Pesci’s character refers to a not so bright mobster by saying, “This guy could fuck up a cup of coffee.” Congratulations, Dave Assplay. You fucked up coffee.

Telling people to add butter to things as a tool to lose weight makes about as much sense as vacationing in Aleppo. Details of why it’s dumb are in my articles here, here, and here. As a summary, butter is high in caloric density so it adds a lot of calories for a small volume of food, it is highly palatable so added fat means more food is consumed, and fat is the lowest of the macronutrients in terms of both satiety and thermic effect. Also, despite what butter slurpers would have you believe, a high saturated fat intake IS linked to heart disease.

Wait, you say. I thought this was about losing seven pounds with no effort. In a way, it is. But I had to get that butter rant out of the way first.

Because I stopped putting butter on my toast.

About five days a week I have two or three eggs with two pieces of whole wheat, whole grain toast. I put salsa on the eggs and butter on the toast. Butter, as I mentioned above, is high in caloric density. It doesn’t take much to add a lot of calories. I use one tablespoon to cover two pieces of toast. That’s 100 calories.

And now it’s gone, because I realized I didn’t need it.

I like to put the eggs with the salsa on top of the toast and it eat with a knife and fork. Because of that runny egg yolk and the salsa, there really is no need to have butter to moisten the toast. I did a taste test and couldn’t tell the difference. The butter added a hundred calories, plus increased my daily saturated fat intake, and provided zero taste value. It was an easy decision to ditch it.

Let’s do the math.

100 calories X 5 times per week X 52 weeks / 3,500 calories in a pound of body fat = 7.43 lbs lost in a year via no effort. It’s actually negative effort, because I no longer need to get the butter out of the cupboard and spread it on the toast.

Okay, it’s probably not going to work out exactly like that. There can be compensating effects, like what can happen with people when they drink diet soda. So the advice I have is to not think that cutting here means you get to overcompensate by adding there. Rather, it’s about adopting a mindset of trying to trim unnecessary calories out of your life wherever you see an opportunity, like with my motherfucking banana bread recipe.

When making something to eat, consider, do you need that much cheese? Did you know that half fat Hellman’s mayonnaise tastes just fine and has less than half the calories of the full fat variety? Will you notice much difference if you use a small dab of sour cream instead of a big wallop?

These aren’t the only mindful eating strategies out there, but just some basic ones about added fat you can consider integrating into your daily living to assist with weight loss. Are there replacements you can use? Can you choose a lower fat variety? Can you use less? Can you cut it completely?

The only thing that gets put in my coffee is a small amount of milk. That way I get to drink as much as I want without having to worry about calories.

I only have to worry about vibrating out of my chair.

James S. Fell is an internationally syndicated fitness columnist for the Chicago Tribune and author of Lose it Right: A Brutally Honest 3-Stage Program to Help You Get Fit and Lose Weight Without Losing Your Mind, published by Random House Canada. He also interviews celebrities about their fitness stories for the Los Angeles Times, and is head fitness columnist for AskMen.com and a contributor to Men’s Health.