GUEST POST: The Holy Shit Moment That Saved Me from Suicide 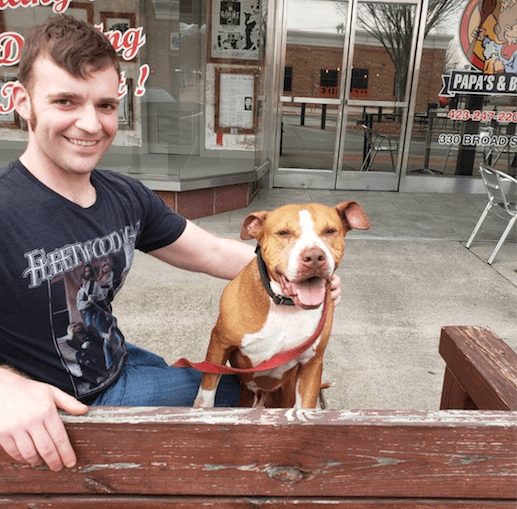 James here. This guest post is written by my friend Daniel Wallen. He writes on a personal subject I’m familiar with, as I witnessed a good friend go through something very similar in grad school. If you wish to read my thoughts on this subject, please check out my piece “Suicide Isn’t Selfish; It’s Desperation.” (Opens in a new window.)

This article was written immediately after finishing James Fell’s new book, The Holy Sh!t Moment. I observed several parallels between my life and James’s most important points.

My life imploded in an instant. One day, I was a moderately successful freelance writer. The next, I was thrown into a manic episode that distorted my perceptions, caused me to say and do strange, hurtful, and unprofessional things. I was also branded a “felon.”

A common symptom of mania is paranoia. I became convinced that everyone in my life – friends, family members, networking contacts, and even my ex-girlfriend – wanted to kill me. The fear caused me to flee. I wasn’t sure whether my death would come in the form of a bullet or house fire, but I was certain it would come to pass.

After an anxious taxi ride to the airport, I boarded a plane to Florida. Sadly, a change of environment didn’t correct my flawed perceptions. Instead, the paranoia followed me to the Sunshine state. The next morning, I sat down for breakfast at Perkins. Having left my cell-phone at home, I asked to borrow their phone. The cashier informed me this was against company policy.

I decided their employees were “in on the scheme” against me. Thus, I refused to leave, and began asking diners to use their cellphone. Note: I wanted to contact my financial institution, as my debit card wasn’t working, and I was short on cash. No one offered to help me – which was probably due to the fact that I looked like a crazed drug addict (another symptom of mania is neglecting your personal hygiene) – which intensified my paranoia.

… and that’s when the cops arrived. What could have been a “slap on the wrist” for disturbing the peace became a felony for resisting arrest. The police treated me in a brutal fashion: dragging me outside, pushing my face to the pavement (making me look like Harvey Dent from Batman in the process), and attempting to shove me in an unmarked white van. The presence of said van caused me to feel even more paranoid. They wouldn’t explain why I wasn’t being placed in a marked cop car, so I decided they weren’t “real officers” (perhaps killers?), and resisted with all of my strength.

Due to the fact that I was panicked and even lift, it took five officers to subdue me. They drove me to a jail, which I promptly decided was an “indefinite detention center.” For the record: jail is the worst place to be during a mental breakdown. My hallucinations became even more intense. Several times, I felt my chest start pounding after a meal; which was probably a panic attack, and I forced myself to throw up as I believed the guards were trying to poison me. Afterwards, I refused to eat a bite of food, and lost weight at an unhealthy rate that’d beat any crash diet.

Fortunately, my ex-girlfriend took massive action on my behalf, and hired an excellent attorney. They removed me from jail, sent me to a mental health institute, and tested various medications. After a week of observation, they sent me home with a prescription and therapy requirements. But the suffering didn’t stop there. It took several weeks to come down from the alternate reality I created for myself. Imagine believing you’re starring in your own version of The Truman Show and then realizing you just went “full psycho.” I felt as if I could never trust my perceptions again.

I sank into a deep depression. Said depression was compounded by the following factors:

The combination of all these stressors nearly pushed me to suicide. I won’t share the details, because reporting on suicide is something that must be done carefully to lower the risk of it triggering others. (Read these guidelines for more information.)

Let’s just say I looked into it. A lot.

I was ready. I was willing. And I was determined to end it all. But something inside stopped me. Despite my logical protests, the emotional side of myself resisted. Why? I don’t know. Perhaps it was a mixture of things. If our actions in this world determine where we go in the next one, how would such a selfish decision affect my fate? Would my friends and family experience trauma, due to a perceived failure to help me? Was my pain bad enough to justify such a brutal end?

After months of deliberation, I finally decided suicide was NOT an option. Not-so-coincidentally, that’s when my life turned around. I spent several months reading an epic fantasy series called The Sword of Truth. They produced a mental shift that changed everything. A wizard named Zedd repeatedly tells his grandson Richard (the seeker of truth) to “Think on the solution, not the problem.”I applied the same philosophy to all of my issues.

First, I got back into strength training. I’ve been lifting weights for years, but got out of the habit. “What’s the point of pursuing fitness when you’re gonna be dead soon anyway?” Bleak, I know, but that was my previous mindset. I chose to focus on fitness first for a simple reason: my body is the one and only thing over which I have control. You don’t have to get an interview, convince the manager you’re competent, and miraculously pass a background check. You just show up and do the work. Comparatively speaking, it was simple.

Next, I decided to be super realistic about my employment prospects. No bank, credit union, or financial institution is going to hire a felon … convicted or not. One day, I met my dad for lunch at a restaurant we’ve been visiting since I was a small child, and I noticed they had a “Hiring” sign. I told the manager I’d like to discuss that opportunity. After understanding I wasn’t joking, we had a brief discussion about my legal situation (i.e. how it had more to do with an undiagnosed mental illness than any form of criminality), and she hired me on the spot.

Finally, I began to experiment with online dating. A large driver of my suicidal ideation was the fear that I would be “alone forever.” I convinced myself that I was too broken to be loved again. Despite my fear, I got active on all the major platforms – Tinder, Bumble, OkCupid, Plenty of Fish – and sent a message to anyone who piqued my interest. Initially, the matches went nowhere. On several dates, I quickly realized I wasn’t feeling it, so I told them about my mental breakdown “for practice.” None of them fled the room. In fact, they seemed relieved I was honest enough to be upfront.

I’m thankful for all those bad dates and poor matches. They helped me rebuild self-confidence before I met the woman of my dreams. I saved my story for a few weeks, because I was truly concerned about her opinion; but there was nothing to fear, as she had no ill thoughts of me and simply expressed discontent with our legal system for putting me in such a situation. A few days later, we began our relationship. And seven months later, I’m fairly certain she’s The One for me. We’re both physically active. Our love languages appear to match. We’re on the same page with religion, children, and all the important stuff. To this day, we’ve yet to have a “fight.”

In The Holy Sh!t Moment, James wrote an entire chapter about how love can drive you change yourself in big ways. While I’m no longer keen on the idea of freelancing or self-employment – part of me wonders if those stressors were a factor that led to my manic episode – I also don’t want to be a waiter forever. One of the first things my girlfriend said was: “As long as you have goals, you’re good.” So, I settled on a career goal.

After reflection, I realized that even “passions” such as writing, and fitness, inevitably begin to feel like “work.” Thus, I chose to embrace pragmatism, and think I’ve found a good career path that will allow me to flourish and earn a good salary. I’m excited at the prospect.

And the person who kept my dog? In a weird way, she did me a favor. I’ve always wanted to volunteer at an animal shelter, but procrastinated for years.

Between missing Dixie and having to do community service (hey, it beats the shit out of prison), I ended up contacting the local shelter. They have a neat program called “Doggie Day Out.” It’s exactly what it sounds like.

You pick up a dog and take it for a walk. Or bring it home. Or just take a drive. Whatever. Anyway, I’ve had the pleasure of walking 20+ dogs, and post photos of doing so frequently on my Facebook profile. Technically, I completed my community service hours in fall, but I still go two or three times a week. The dogs need me. And I need them. It feels like purpose.

It’s hardly been a year since my previously planned Death Day. And I’ve never been so happy to be alive. My biggest takeaway: problems can eventually melt away, especially if you give them enough time to thaw. Some problems even prove to be worth all the hurt. Please don’t give up. No matter how long or severe your “winter” is, summer is around the bend.

If you know a friend who’s depressed and perhaps contemplating suicide, please consider sending them a link to this article. If you’re the person in need of help, here is a link that can help you find someone to talk to in your area, for your specific needs: https://www.yourlifecounts.org/need-help/crisis-lines

Daniel Wallen is a fitness and taco enthusiast who lives in Tennessee. He is currently exploring a new career in programming and walks shelter dogs in his free time. Eventually, he might get back in the habit of updating his blog at www.DanielWallen.com