GUEST POST: The First Time I Was Sexually Assaulted I Was Six Years Old 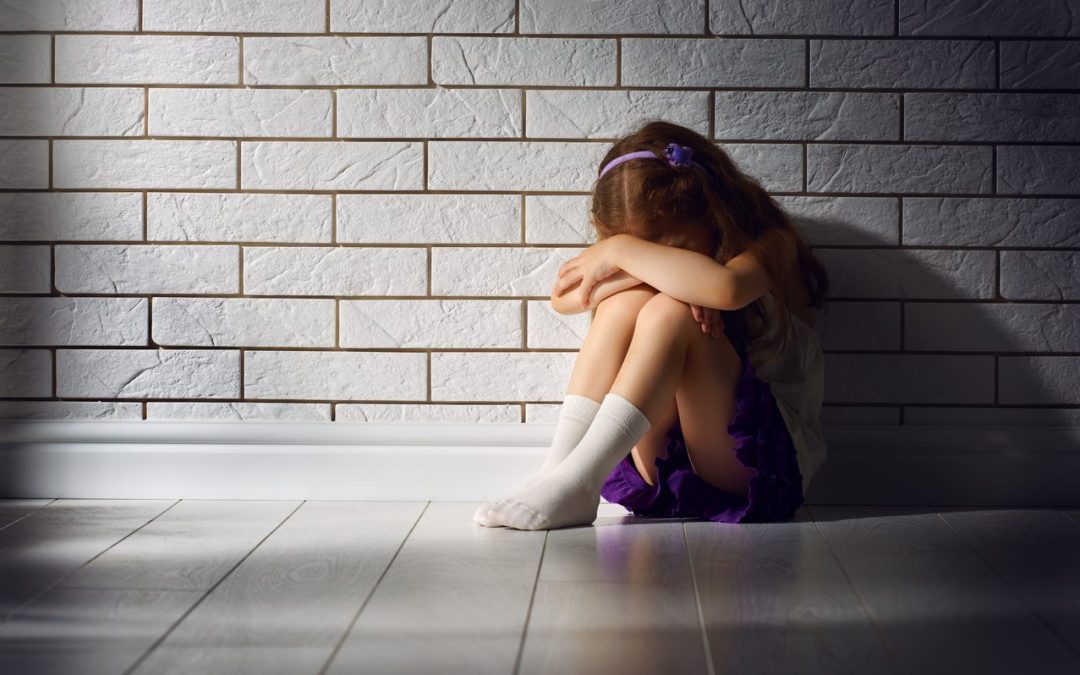 “Grab her by the pussy” entered the common lexicon this year.

Because of the now infamous words of United States President Elect Donald Trump, author Kelly Oxford invited women to tweet their experiences with sexual assault. I read an article that compiled some of the tweets from the ensuing Twitter storm (there were millions of replies), and as I went through the dozens of succinct, matter of fact statements telling of women and young girls being violated verbally and physically, I could not help but think of my own first encounter with assault.

I grew up on a small dairy farm during my youngest years. My father was, and remains, the go-to man in that community when someone needs help repairing broken machinery, vehicles, household items, or whatever needs doing. One day we went to the home of a family who attended the same church as us. They had an even smaller farm than my family, which seemed to be more of a hobby than a source of income. My dad was going to help with some project, clipping a cow’s hair before the approaching warmer months, I think. My father loaded the younger of my two older brothers and me to into the family station wagon to go to their home for the afternoon. Once arrived, the men went into the barn while my brother and I were left inside the house with the farm owner’s stepson, who I’ll refer to as “Daniel.”

Daniel was the sort of kid that my mother would have said was “born with two strikes against him.” He had a largely absentee father who was no prize, according to my parents. Daniel was also medicated for extreme ADHD from a young age, and I imagine he suffered from a variety of other psychological and emotional issues. He had an older brother who was usually referred to as “troubled” by my parents and other adults in the church. The boys’ mother seemed to be a kind woman, but there was a melancholy nature about her, which hung heavy on her shoulders and pulled at the corners of her eyes and mouth, despite her efforts to turn them up. It was evident that life had been difficult for her, and the ache and trauma of former abuse was apparent. Her second husband was by all accounts a good man. He was gentle and polite, and when I was a little girl we always said hello to one another before or after church services. His wife’s children struggled to accept him as a figure in their life, but he did his best to be a positive male role model for them, especially for Daniel.

I remember finding Daniel, who was a couple of years older than me, irritating most of the time. He was often acting up during the children’s programs at church, and teasing the rest of us. But I also clearly remember that a part of my small, six-year-old self felt compassion for him. I remember thinking that it was not fair that he had a father who did not seem to care about him and a condition that made it hard for him to learn and sit still.

That was until the day my dad went to help Daniel’s stepfather in the barn. My brother and I followed Daniel up to his room. He talked about his big brother and showed us his toys, and perhaps we played with some of them. The memories are vague now, twenty years later, up until the moment Daniel told me to lie down. This part of what happened next remains clearest in my memory: I told him that I did not want to.

I did not want to, and I said this aloud.

But Daniel kept insisting. Feeling the pressure, and against my better first grade level judgment, I gave in and lay on the floor. Daniel then climbed on top of me and said, “This is how our parents make babies.” Then he laughed. He said now I was going to have a baby, to which I replied that I didn’t want a baby. Daniel laughed again and said it didn’t matter; I was going to have a little baby come out of me soon. He kept snickering when he finally got up.

I was terrified. Despite the fact that I was not physically harmed by the incident, I was immediately changed by what happened. This was the first time in my young life that I felt violated, and the first time I had been exposed to any conversation about or imitation of sex. I was confused by what Daniel said and did, but having no other experience or information about reproduction to draw upon, I believed him when he told me I was going to have a baby, like it or not. I also distinctly remember feeling like I was immediately sullied, dirty, tainted, although I may not have been able to articulate that clearly at that age. I also felt guilt, as if this was somehow my fault, at least in part.

I don’t know how long I stayed inside before finding my way out to the barn to tell my father that I wanted to go home. He said they still had a lot of work to do and that it was going to be a while. I was petrified, but I accepted that I would have to suffer at this place a little longer. I stayed in the barn for the rest of the afternoon with my father close by.

It is true that both Daniel and I were fully clothed when he lay on top of me, and it is true that there was no penetration of any kind.  But the fact remains that this was traumatic, and that it left a lasting mark on me. But, “Boys will be boys,” one might say, or Daniel could have been exposed to conversations or movies of a sexual nature, or maybe he even walked in on some adults having intercourse at some point. “He didn’t know any better,” right?

Such justifications are off-base. Despite this experience being far milder than it had the potential to be, the damage from this event was real. I had been an outgoing kid; fearless. There was no “stranger danger.” I would gladly introduce myself to anyone, old or young. I would tell them that I was most certainly NOT little, that my name was KATE and NOT KATIE, and various other bits of information. I followed on my brothers’ heels everywhere, daring to perform any feat they did, always trying to prove I could do anything they could. But after that day at Daniel’s house, I became withdrawn. I was afraid to talk to anyone I didn’t know, and even to people I did. I became a child who clung to my mother’s skirts when we were anywhere but the safety of our own home.

It took a while for my parents find out what had happened. It was my brother who inadvertently told them about a month later, when my father was having an age-appropriate “birds and the bees” discussion with him. After my dad finished explaining where babies come from, my brother said, “That is what Daniel did to Kate.” When my mother pressed me for details I tearfully told her that I was going to have a baby, and relayed what happened in Daniel’s room. I must have asked my parents a dozen times that night if they were sure that I wasn’t going to have a baby, I was so convinced by what Daniel had told me. My father described me as “deeply frightened.”

But to what extent do we blame Daniel, a young boy with a difficult life full of shitty circumstances beyond his control? To what degree do we blame his parents, who were decent people who seemed to be trying their best, for not teaching him to respect other people’s bodies and to listen when he is told no? Is it Daniel’s biological father who should be blamed, for not being involved and neglecting to instill values of respect in Daniel? Could it be Daniel’s older brother who is at fault, for setting a poor example, when his little brother Daniel clearly idolized him?

Rape culture would point to it being my six-year-old self’s fault, for not standing my ground and refusing to lie down, or running to get my father. Many would say I have blown this entire incident out of proportion completely, that no real damage was done and Daniel was just a curious little boy, trying to make sense of reproduction and the cycle of life. But those are the Judge Perskys of the world, and the college administrators who would rather keep a star athlete winning titles for their institution, rather than press charges against him for raping another student.

Stories like mine are how it begins. According to RAINN, the United States’ largest organization working to help survivors of sexual assault and rape and to educate the public about how to prevent sex crimes, one in every six American women have been the victim of attempted or completed rape. Eighty-two percent of juvenile sexual assault victims are female. Ninety percent of adult rape victims are female.1

My experience with Daniel is the first of many encounters I would come to have with men who seek to objectify, overpower, and make me and other women less than they are. Many women are ogled and catcalled daily by men of all ages, from all socio-economic classes and races. From a very young age, women are turned into sex objects. Those of us who do not experience violent physical sexual assault are still subject to groping, unwanted touch, and constant verbal harassment, which all too often turns into threats of violence if those advances are turned down, regardless of how politely they are declined. I remember one specific instance in a Manhattan deli during the wee hours of the morning, when a man old enough to be my father made some unsolicited comment about my appearance. I, having just finished a 12-hour work shift, promptly told him where to go. The man’s reaction was visceral. He immediately began yelling, “I’ll kick your ass!” over and over and over. The deli clerk, a sweet man of about sixty years, came to my defense, kicking the man out of his shop while patting me on the shoulders and saying “It’s okay honey. It’s okay.” Perhaps the worst part is how routine it all was to me by then.

Women are expected to deal with the men who harass us with poise and grace. We are expected to deal with it while sitting down, shutting up, and smiling, thank you very much. But now, more than ever, we need to speak. We need to continue sharing our stories, and we need to continue pushing back against the flippancy with which women’s bodies are remarked upon, taken for granted, and violated. Because not every objectified little girl grows up to realize that they are valuable and powerful, because not every little girl’s or woman’s experiences turn out as benign as mine.

Kate Zehr, a graduate of Manhattanville College, lives in Portland, Maine, and works in the animal health industry. She enjoys fitness, dance, boxing and writing. Recently, she contributed a chapter to a medical textbook regarding the effect of exercise on migraine headaches.