GUEST POST: I Tried Every Bullshit Method of Losing Weight, Then I Woke Up 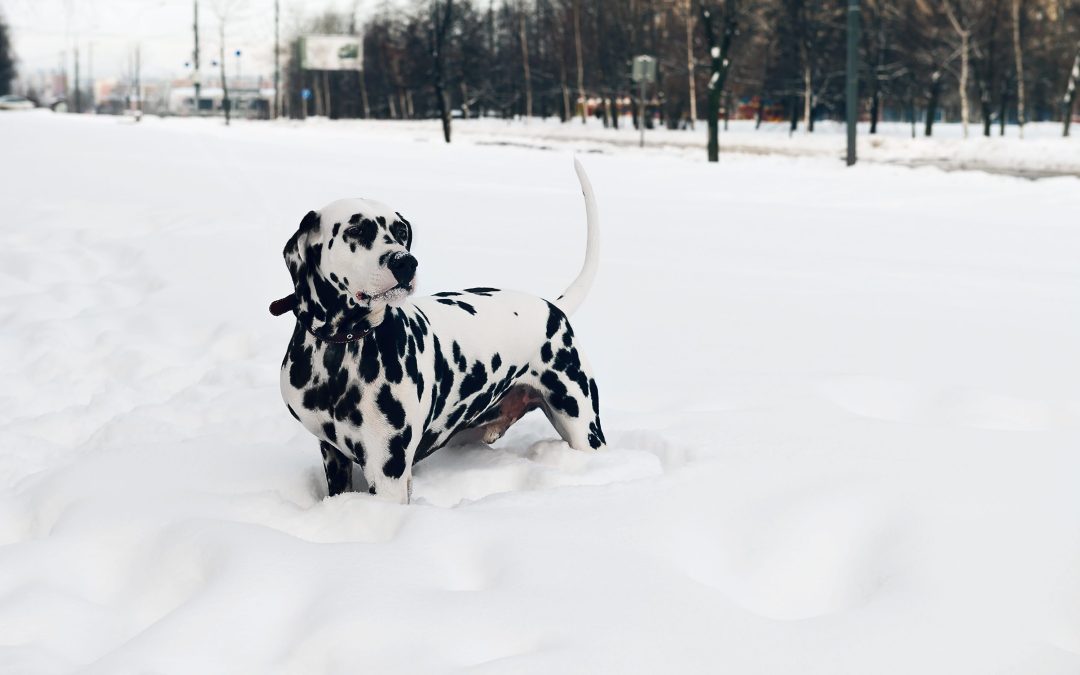 This Guest Post was written by my friend Martha Mantikoski.

Obesity waddles in my family. I chose that noun purposefully. Even as a kid, I noticed it: all the women on my dad’s side of the family were large. When it was time to go shopping for a present for my grandma, my mom once said, “Let’s go buy a muumuu for Gramma!”

Not cool, mom. Not cool.

But she had a point. Gramma was a size 22 at time when it was even tougher to be that weight than it is now. It was mainly thyroid issues that caused it.

When I was younger, I was very active. I walked everywhere: to and from work, at work, to the grocery store, to school. And nothing keeps a person in shape like schlepping sound equipment around town and singing in a rock band for eight hours a night. Despite all this activity, I still developed bulimia because my natural physique wasn’t (and isn’t) in vogue. I never felt I was slender enough. My size was always on my mind. Thinking this way, if you’re not aware, is exhausting.

I am originally from Seattle, so walking outside was generally an easy, although occasionally wet, way to stay in shape. When I came to Calgary, I realized a long- time dream of having dogs. Two Dalmatians joined my family, and I figured I could stay in shape by walking like I always had, with the charming addition of my new canine buddies.

It gets cold in Calgary. An extreme, painful kind of cold. Your car needs to have something called a block heater, so the engine doesn’t freeze. That sounded insane to me the first time I heard it; it still does. There are days when it’s what I call “Danger Cold”, when going outside could potentially freeze the dog’s feet or thin, hound dog ears or maybe kill you. At least that’s what it feels like. (I assure you, Hell doesn’t need to freeze over; it’s already frozen.) An additional feature of Calgary is the Chinook. A Chinook is a blast of warm, Pacific air that whooshes over the Rockies and raises the temperature. This melts some of the snow, and when the cold inevitably returns, it creates an icy hellscape. Walking outside meant falling on my ass. Often. Consistently exercising outside was just not an option, for at least four months a year. Add to that living with a man who liked to drink beer, was a great cook and not a fan of exercise, well, that’s a recipe for weight gain.

To combat the weight gain, I took up running and I biked with the dogs. This was effective during the not-icy part of the year. But when winter returned, I’d go into hibernation mode: TV, beer, snacks and inactivity. I tried winter running, but I never mastered it, even when I ran with traction devices. This began a cycle of ups and downs with my weight. When I wanted to lose the winter chub or meet an artificial goal, like losing weight for a beach vacation, I tried all the quick fixes: Atkins, HCG shots, intermittent fasting, Keto (which is just Atkins in a boho hippie dress), those cheesy It Works! Saran Wrap thingies, Shakeology. When I reached my target weight, I did a mic drop: problem solved forever! I went on my beach vacation and back to my old habits; lather, rinse, repeat.

Eventually I got the message that the weight wouldn’t stay off unless I added consistent exercise into the equation. I bought a treadmill for indoor running. Dalmatians are the marathon runners of the dog world and they need a lot of exercise. During the warmer months, I ran or biked with them daily. I trained for a 10k and completed several of them. I was training for a half-marathon when life happened.

So much for consistent training. I went back to work I knew how to do: serving and bartending. But after a long shift, all I had the energy for was a run to the fridge. And when I did make the effort to continue training, my fortysomething knees balked: “Oh, HELL no! Running or 8+ hours on your feet; pick one because we won’t let you do both.” I quit running. Added to that was depression over the end of my marriage and the bulimia became out of control. But I stayed thin and that was all that mattered.

After some time and a lot of therapy, I met a lovely man. You can guess what happened next: he was an even better cook than my former husband and liked better beer. Work, weather, and excuses kept me from maintaining my physical body. I knew I needed to exercise consistently again, but procrastinated and I didn’t approach the weight issue from the diet perspective at all. Why would I? I never had to before. When my partner had the balls to mention my weight gain was an impediment to our sex life, that was a powerful motivator. I resolved to exercise. This time, to make my knees happy, I took up swimming. I loved it. I was getting up at 5:00 am to go to the pool five times a week, without an alarm.  A night owl by inclination, this surprised me. It seemed unnatural, but it wasn’t. It was effortless and that made it sustainable.

But I didn’t lose weight. I was pissed. And sad. And vulnerable.

This made me the ideal target for the diet industrial complex. When it came to diet, I was still looking for the quick fix. This is how I found James Fell, Professional Bullshit Slayer. He writes about the health and fitness industry, quick fix diet scams, anti-vaxers, men’s rights activists, and other cool, interesting shit, and even actual shit. I fell (sorry, James) in love with his writing and the community on his Facebook page. When he asked for help with his upcoming book, The Holy Sh!t Moment, I eagerly volunteered to be a beta reader.

The Holy Sh!t Moment illustrates how the brain can be taught to create epiphanies. It explains the science of the process and while giving practical advice to create the inspirational explosion that can change lives no matter what the issue is that’s frustrating you. But I didn’t care about that at first. I wanted to put my Bachelor of English degree to good use while persuading James that the Oxford comma is awesome. But as I was reading it, the book worked its magic on me. My epiphany? The realization that I had always dealt with these health issues as a temporary project: I set a goal, reached that goal, hung up the runners, and headed back to the pub. I am a pretty smart woman, but I was mystified why this behavior didn’t result in the maintaining of my desired weight. While working on the manuscript, I was smacked upside the head with: HOLY SHIT, IT’S A MARATHON! I had been treating the weight project as a sprint!

James frequently writes about lifting weights because he’s really good at it. He ought to be; he’s been doing it for a while. One of his Facebook posts stated that one of the best ways to lose weight is to pick up heavy things and put them back down again. This led to my second holy shit moment: if I wanted to get better at swimming and have a chance of being slim again, I needed to take up weight training. Having the ego of an “A” student, I thought I could figure out lifting on my own. Of course, I had no clue what I was doing, and I got injured. But the “marathon” epiphany stuck with me, so I nerded up and did some research. I couldn’t afford a personal trainer, but I could afford an Introduction to Weight Training course at the YMCA. I signed up and I loved it. It made me feel confident. I walked out of the Y feeling terrific; taller, happier, and proud of myself. Weight training has made me a much better swimmer and made me want to honor my hard work by making better food choices. Sure, after the course was over, it was intimidating to go to the weight room alone. But I did it. And I intend to keep doing it until I can’t anymore, which, I hope will be when I go ice skating in Hell permanently. Now I have a nodding acquaintance with a few people on the weight floor. I even had a charming conversation with a nice young man while he spotted me on the bench press. He asked about the Star Wars shirt I was wearing and if I was a fan of the franchise, which I have been for years. He won’t be seeing the ‘first’ three movies thanks to me.

The last epiphany came around diet. As in, I don’t anymore. Developing good eating habits is a marathon, too. What I am now is more mindful of what, when and why I eat. Am I eating because I’m bored? Am I eating more than I want because chocolate chip cookies are the best food ever invented and impossible to walk away from? Am I eating because my dude is, and I don’t want to feel left out? Rather than gorging, purging and guilt, I choose to eat the same foods I used to, but less of it. And I read labels now. Not for calories, because that makes me crazy, but for portion size. (Did you know a serving size of Peanut M&Ms is a quarter cup? Me, neither.) When I make cookies or other baked goods (one of my core competencies is pie), I have two or three cookies instead of fourteen or one piece of pie (you know, for quality control) and the rest goes to work with my man for his lunch. I don’t deprive myself, which is unsustainable in the long run; I limit myself. The best part is, I don’t obsess over losing weight anymore. I don’t care if I fit into smaller clothes nor do I buy into the societal “norm” that women should take up as little room as possible. All I care about is that I keep going, keep trying. Buying smaller-sized clothes is a possible bonus, but no longer the goal. Feeling confident and proud of myself is.

The Holy Sh!t Moment inspired me to change bad habits that have haunted me for me for years. It also led to James’ use of the Oxford comma. Well, most of the time.

P.S. If you want to buy James’s book, and you really should, you can get it here.