GUEST POST: From Toxic Boss to Dream Job Because of a Holy Shit Moment 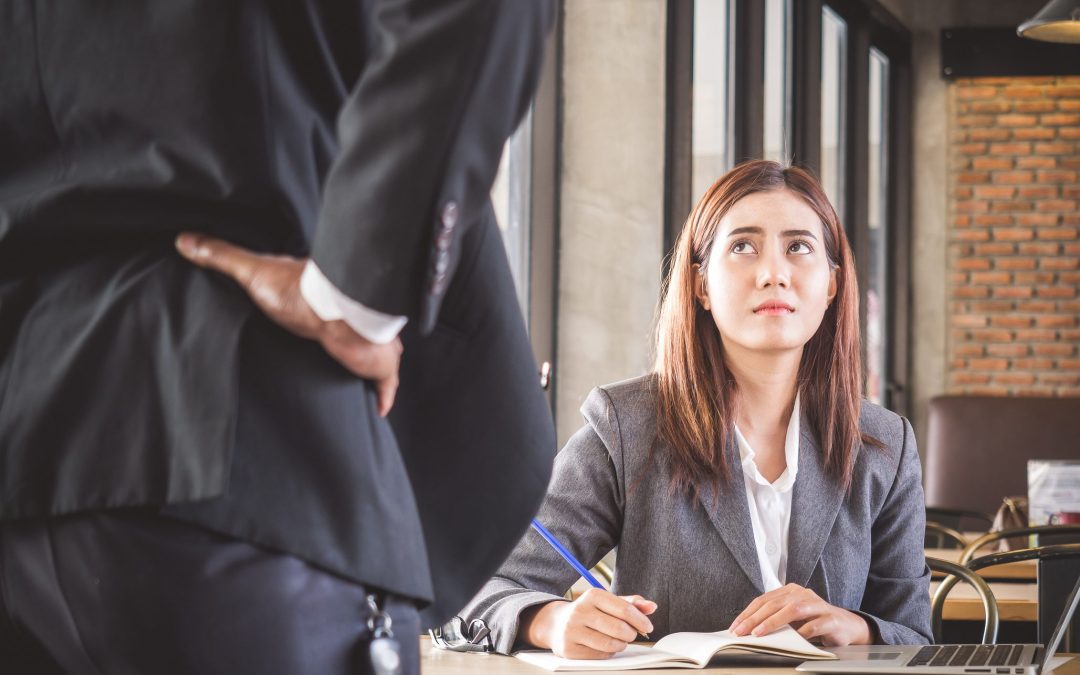 This guest post was written by my good friend Carrie King.

“If only I had found you when you were in your mid-twenties,” my boss said, “I could have really made something of you.”

I froze in the act of handing him the file he asked for and only said the first of those three words.

He took the file from my hand. “If I had found you when I was in the corporate world instead of the non-profit sector, you’d be an amazing Executive Assistant by now.” He didn’t look up at me as he opened the file. It was a throw-away comment, made in passing, like how he would ask me to get him his morning tea.

“I’m sure you could have,” I replied, hating the words even as they came forth from my mouth.

Every day working for him was an exercise in misogyny, via 1980’s style corporate torment, when abuse was still an accepted management style. Except this was 2012.

Embrace the burn, I thought to myself. He had already mentioned he thought I’d be “tougher,” since I played roller derby. Apparently, this meant I wasn’t permitted to let my feelings to show.

I retreated to my office across the hall, sat down in my swivel chair, and stared at the BA (History) on my wall that he called “useless.” I later drove home, peering at the road through a haze of tears.

He had offered his mentorship to me when I first started the job. It didn’t last.

While I was hired as an Executive Assistant, partway through my tenure he told me to use “Secretary” because he said I was “not performing at the level of an EA.”

That was one thing he was right about. The only part of my job I enjoyed was the writing of letters and for the in-house magazine. It was my writing ability that got me the job.

I’d spent the previous 10 years bouncing around jobs, sometimes not working at all while I took care of my two little ones. They always took priority; my oldest had been diagnosed with autism at the age of 4. My husband was the primary income earner. The most consistent, enjoyable thing in my life was my “research reading” and occasionally writing stories I imagined were amusing.

I thought this job with a non-profit could be the thing.

Instead, there I was a year later, my oldest daughter doing poorly in school, quality time with my husband consisting of morning walks where I vented my stress and frustration, and an asshole for a boss who refused to use an Oxford comma. I worked for a man I allowed to erode my self-esteem down to a nub 40 hours a week while half my salary went to childcare costs.

The Christmas party a month later was what broke me.  Like a benevolent potentate, my boss had handed out the bonus checks to everyone. In front of everyone.

I didn’t get one.

But with the breaking, I suddenly put myself back together stronger.

I walked into his office later that day and told him I needed to quit to be home for my family. He felt sure it was about the bonus check, rather than a desire to spend time with people I loved instead of someone I despised. I didn’t bother to correct him because I finally didn’t give a shit about his opinion.

I left that same day and never returned, but on the way out, another staff member murmured to me, “He told me he expects you to have a new job in another office by next week.”

I remember hefting my box of crap, pushing my shoulders back. “Oh yeah?”

“Fucking watch this.” I walked out.

It’s been six years, and I’ve never set foot in another office as a “Secretary.”

After the bonus check fiasco, I’d sat in my office and stared at that BA on my wall and thought about the 7-year-old I once was who had big dreams of becoming an author. I thought about every job I ever had, and the parts I enjoyed.

Any jobs I liked involved writing. University and College, where I constantly wrote essays and stories, had been the happiest time in my life up until I met my husband. I’d allowed myself to be dissuaded from pursuing an English degree because, according to every Professor and High School English teacher I had, it’s tough to make it as a writer.

Before I made the decision to leave my job, I remember taking the framed degree off my office wall and holding it in my lap, tracing the frame with my fingers. I was proud of that degree. My husband had been urging me to quit this job and we were privileged enough to be able to do without my salary for a time.

Fuck this, I thought. I’m quitting and going to write a book. Everything I want is on the other side of my fear.

It was a holy shit moment.

In that instant, an absolute calm flowed through my mind, followed by a sense of clarity and a surge of positive emotion so strong it brought tears to my eyes.

I walked out of my office that day as a writer, and I’ve never looked back. I couldn’t look back.

Edna Mode from The Incredibles was right when she said, “I never look back, darling. It distracts from the now.”

I spent 6 years writing, researching, writing some more, taking workshops, and in August of 2018, I landed my first book contract. My first book comes out May 27th, 2019. I’m at work on my second and developing my next two series. I freelance as a technical writer, creating content for blog posts and white papers on the side. I work from home, and my daughters have me whenever they need me.

It isn’t an easy road I’ve chosen. Being a writer is hard work, full of rejection sprinkled with success. But that sudden epiphany that changed my life always carries me through. I feel it as strongly today as I did the moment I quit that dead-end office job.

It’s the feeling of having, and fulfilling, my purpose in life.

I recently read a book that explained a lot about what happened. We interrupt my story for a brief commercial message.

I’ve been friends with James Fell—this is his site you’re reading this on, in case you’re new here—for a few years now. We’ve grown close. Close enough that he had me over for dinner when I was visiting his city and I almost killed his son with a peanut-filled chocolate.

James has a new book about life-changing epiphanies titled The Holy Sh!t Moment. I feel like if I’d read it a long time ago, I would have made that leap toward fulfilling my purpose a lot sooner. Who knows how much further along I’d be?

Dammit. I said I never look back.

I was a beta reader for the first draft of James’s book, before he submitted it to his publisher. He asked me to give feedback on the prose, the structure, the grammar, the poop jokes …

He wasn’t thinking, Carrie is fucked up and needs this book.

And I wasn’t fucked up. Not in a bad way. I didn’t read the book with the intention of seeking sudden change.

Long story short? I used to love to downhill ski. It was how I kept in shape over the winter. It was part of my identity. But with a move to Seattle I’d fallen out of it.

I had the chance to ski again last year and couldn’t bend over to do up my boots without undoing my ski pants. I also couldn’t get the top buckles on my boots done up.

On the hill, it was like I was using someone else’s body. I used to be good at this! No longer.

The previous three years of sitting, and writing, and visiting many of the hundreds of microbreweries that populate Washington State, I’d packed on 50 pounds.

Not being able to do one of my favorite activities was another one of those breaking points. Tears in my eyes and feeling an emotional rush from have read James’s book about how it is possible to will a sudden change in my values and identity, I said aloud, “I will never be this heavy and out of shape again!”

I felt the same sense of clarity and joy I felt quitting my office job all those years ago.

That’s when I truly understood everything James was talking about in his book: a powerful epiphany, one that springs forth from who you truly are, sustains you through every obstacle if you give it the trust and credit it deserves. I think we all have that voice in the back of our mind that tries to convince us the change we want to make is too hard, that it’s not possible. But there is another, more powerful voice that yearns to be heard, if only we are willing to peel back the layers of ourselves to listen to it.

Through reading James’s book, I realized what I went through to become a writer was the same feeling I was experiencing on the ski hill. I was able to recognize this epiphany and capitalize on it to begin real change. I called my doctor the next day and signed up for a weight loss program, under the guidance of a nutritionist and physical trainer who taught me the joys of lifting.

One year later, I’m down 50 pounds, and I won a weight loss competition at my gym for my age class. I decided in an instant, trusted my epiphany, acted quickly, and got it done.

Change is hard. It’s my holy shit moments that have allowed me to persevere.

Read the book—I’m sure James has a link on this site somewhere to buy it—and perhaps you’ll have your own holy shit moment.

Carrie King writes Fantasy Romance from her home deep in the forest in the Pacific Northwest. Her debut novel, “The Regal Fae Pawn and Loan: Harlow”, is being released May 27, 2019 by Soul Mate Publishing. It will be available through Amazon. For a teaser of Harlow’s story and to sign up for updates, check out https://carriekingwrites.com/