Go Ahead, Run on that Treadmill 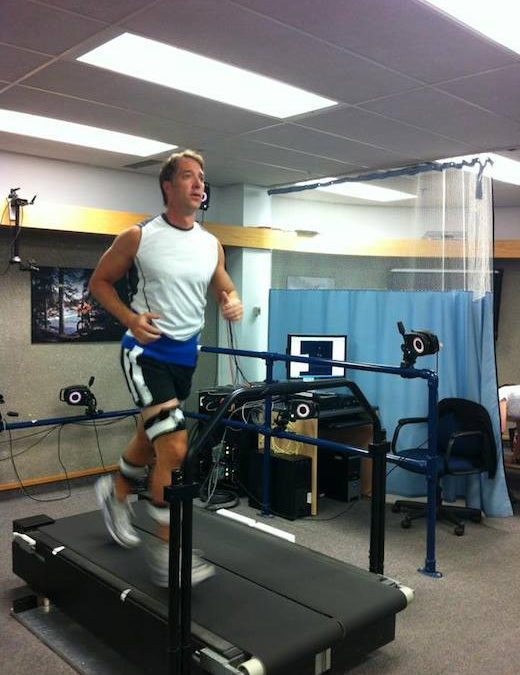 At present, I have over 3,500 “friends.” That happens when you’re well known in the fitness industry. Unless we have zero friends in common coupled with your profile photo being 90% cleavage and your more recent post lamenting how lonely you are, I’m probably going to accept your friend request.

So, I have no idea who this guy is, despite us being Facebook friends. I’m leaving his name out because I don’t want to publicly shame him, but at the same time I do want to dispel bad information.

I saw this post of his show up in my feed. Make what you will of all the emojis. It’s the message I take issue with. 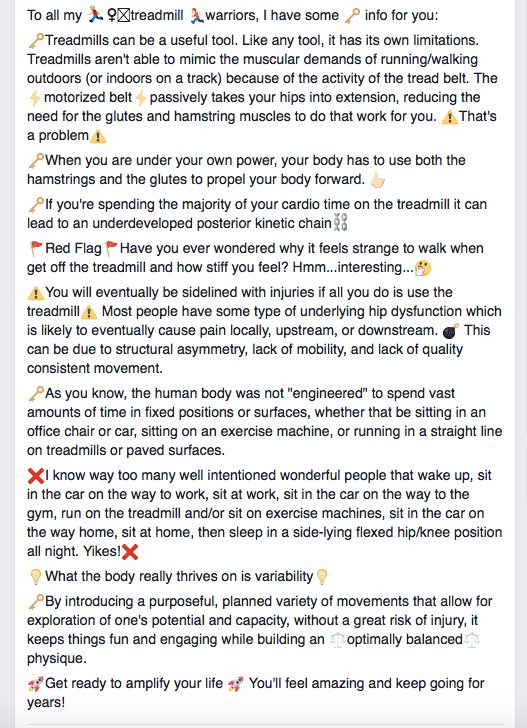 Lo and behold, broscience happens outside the weight room too.

One popular example of weightlifting broscience is the recommendation that weight machines are “useless” or “not functional.” The reality is something altogether different, as I wrote about here.

There is a purist mindset that invades the thinking of some. This unscientific post about treadmills being biomechanically unsound is one of them, because it’s a machine and therefore must be bad. Normally, I would let things slide, except for the fact that a post like this can have a significant negative impact. It’s fear mongering about using a safe method of exercise that can discourage a lot of people from doing an activity they enjoy and benefit from. People have ragged on elliptical trainers as well and such criticisms are equally misplaced, as I showed in this article.

The person’s post got a lot of positive feedback. I’m concerned that people would read it and be misled, so I posted this comment, trying my best to be polite.

And this was his reply.

“Neither is right or wrong,” he wrote.

Except that’s bullshit. Either choosing the treadmill over the road is a “problem” that will “lead to an underdeveloped posterior kinetic chain” where you’re “eventually sidelined with injuries” and “structural asymmetry,” or it is not. One of us is right, and the other is wrong.

Who do you trust? The author of the post is a NASM certified trainer. NASM is a “good” certification, but it’s not top tier. I wasn’t able to find him having any relevant education beyond this. He extols the virtue of his “deep in the trenches” and “face to face” work, but that doesn’t mean he understands (or has even looked at) the research regarding treadmills.

I understand the research, because I spoke to people who spent years conducting and studying it.

And I have no cognitive bias in this regard because you won’t get me on a treadmill unless you’re hooking me up to electronic doodads to run a gait analysis or VO2max. I take an “outside or fuck it” approach to running because, as I said in my countering post screen-capped above, enjoyment is higher when outside.

But biomechanically, treadmills are sound and the risks of using them are insignificant.

From my article in the Los Angeles Times:

a 2008 study, published in the journal Medicine & Science in Sports & Exercise, determined that the kinetics of treadmill versus outdoor running is very similar. Runners adopt different running patterns when they’re on treadmills, such as landing a little more flat-footed, the study found. But considering that humans adapt their gait to run on snow, trails, synthetic tracks and sand, it makes sense that we would have a specific “treadmill gait” as well, the authors concluded.

many competitive runners consider the treadmill a critical component of their training regimen. Runners like Ingrid Kristiansen. The Norwegian has held world records in 5K, 10K, half-marathon and full-marathon distances. She has also won marathons in London, New York and Boston. And she often trains on a treadmill

And Fort Collins, Colo.-based Kim Jones came in second in the 1991 Boston Marathon with a personal best time of 2:26:40. She suffers from asthma, which can be aggravated by running in cold and wind or if there are high levels of pollution or pollen in the air. Jones did 80% of her training for the Boston race on a treadmill

A few years later I wrote a column about treadmill desks for the Chicago Tribune which explained further. In the piece, I revealed that there can be some minor problems with spine loading when you type on a keyboard consistently while on a treadmill desk, due to the removal of arm swing.

This, however, is the critical part of the article:

Reed Ferber, a professor of biomechanics at the University of Calgary, says the benefits of treadmill desks far outweigh any costs.

“There is a lot of research that came out from 2005 onwards that shows treadmill walking and over ground walking are very similar,” Ferber told me. “There is a bit more hip flexion with treadmills, and most of this comes from forward trunk lean.”

Ferber also thinks the potential physical problems have less to do with hip flexion and more to do with a lack of arm swing, which is inherent in typing on a treadmill desk. “You’re going to create increased twisting stress within your low back,” he said. Then he put it into perspective.

“The benefits of being active on a treadmill are going to far outweigh a little bit of low back stiffness,” Ferber said. “What’s the alternative? Sitting in a chair, perhaps with bad posture, for hours on end? This is just as bad if not worse because you’re not expending any energy.” In other words, Ferber’s says the cost-benefit analysis of the treadmill desk is positive. “In the long run, you’re going to be better off.”

I know Reed well and know him to be a fan of treadmills for their ability to closely mimic over ground walking and running. In addition to having a PhD in biomechanics and being an internationally respected running researcher, he’s director of the Running Injury Clinic. If Reed says a treadmill is fine, you can bet it’s almost certainly fine. I’d trust his expertise in this regard over that of a NASM certified trainer who went apeshit with the emojis on Facebook.

I jokingly rag on treadmills, saying I’d rather run in hideous below zero (and I do) than get on the 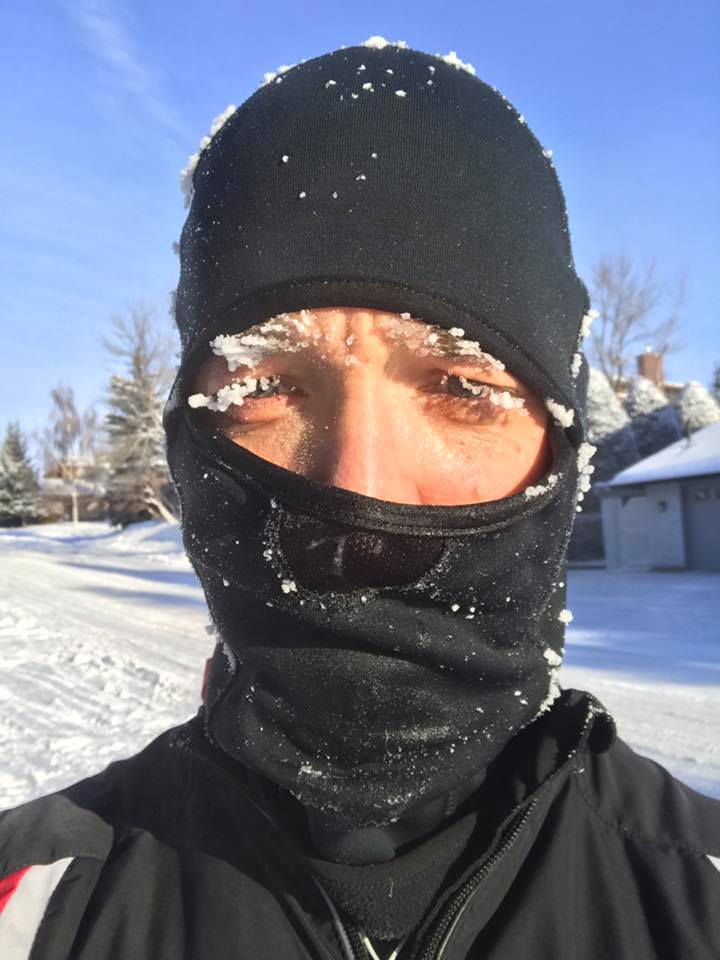 hamster wheel. As my LA Times article shows, research reveals that running outside is more enjoyable and has a lower rate of perceived exertion, so you go further and faster.

But that’s me. There are people who hate running outside in winter. They’re concerned about the cold or about slipping and falling. Others have issues of allergies, pollution, safety, or just not having a good route, and they love their treadmills and I don’t want them getting discouraged because of some misinformed personal trainer who couldn’t be bothered to read the research or talk to any qualified experts who have spent decades doing that “deep in the trenches” work he speaks of. Except in this case their trench work involves scientific studies using advanced technology like 3D gait analyses.

You love your treadmill? Go big. Go far and go fast to your heart’s content.

Or just walk. That’s fine too.