Feminism And The Men Who Refuse To Understand 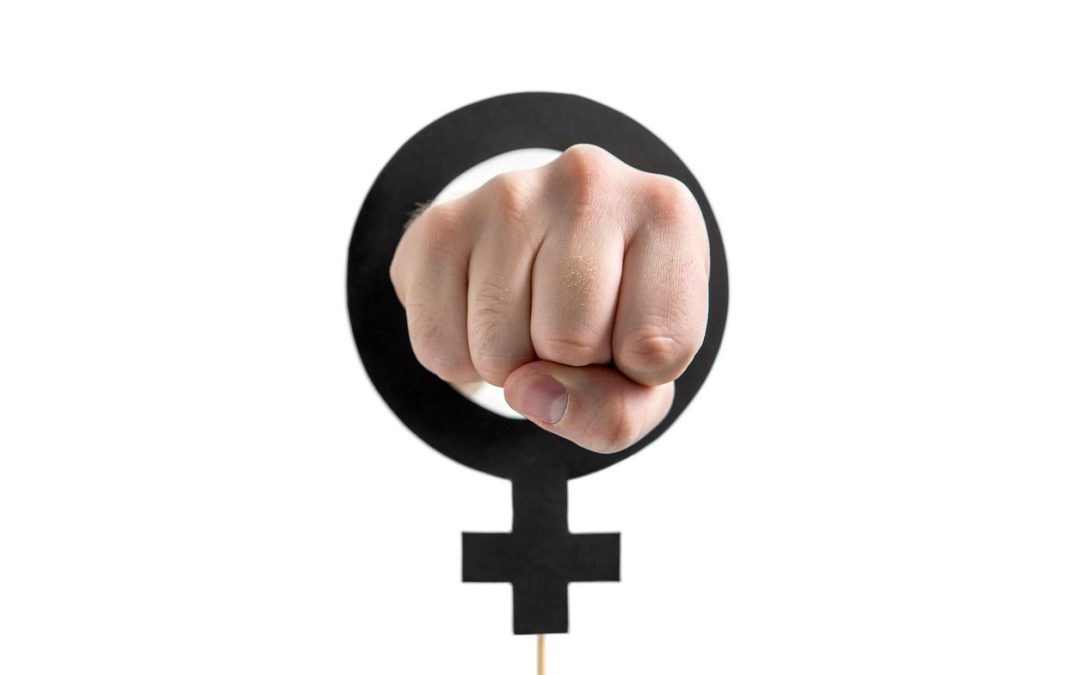 Every time I drop the F bomb, I’m concerned about an exodus of readers.

Fuckity fuck fuck fuck. Fuck this. Fuck that. Fuck you. Fuck everything. That’s not the F bomb I’m concerned about. The regular profanity on this site has turned some people off, but fuck them. This time, I’m discussing feminism.

I’ll endeavor not to mansplain; I’m no gender studies major. I just trying to be a good guy and help other guys be better men. Just being less of a douchebag is a step in the right direction.

Feminism is (still) under attack. Bringing it up in conversation is like dropping a turd into the internet punchbowl. I’ll offer a brief and slightly educated analysis, and then move onto my main point for which I have more in-depth understanding.

Here are some basic points regarding the attacks on feminism I’ve become aware of since writing my first piece for TIME Magazine about men’s right activists (MRAs) in 2014:

I’m sure it goes deeper and there are numerous nuances I’ve missed. Now onto stuff I do unfortunately have experience with: the men who refuse to understand. I’ve written a number of articles since that first piece for TIME discussing gender equality and giving advice to men about how to be better, and the comments on these posts vary significantly.

By far the most impactful piece was “She Doesn’t Owe You Shit.” At well over 100,000 Facebook shares and several hundred thousand views, it is the most popular blog post I’ve written. The piece, if you have not read it, is about male entitlement and how many feel women owe them access to their bodies. A snippet:

What made the piece so powerful is that it is interspersed with real stories from several dozen women of times they were treated like property. They’d been harassed and assaulted and used time and again. It wasn’t my writing that made the piece so popular, it was theirs. If you have not read it, I suggest you go do so before continuing.

Overall, the majority of women expressed gratitude for the article, especially it being written by a man, because that can get other men to pay attention. The article I’m writing now is about how men reacted to “She Doesn’t Owe You Shit.”

More than any other piece I’ve written, this one polarized the male readers. The comments from men clearly went one way, or the other. In the simplest sense, it became evident the article split them into men who are good, and those who are bad.

The Good Men
Rather than the blog, I drive people to comment on my Facebook page. The primary commenting page for “She Doesn’t Owe You Shit is here, but it was shared so many times, and I was tagged in a lot of those posts, that I ended up seeing comments all over Facebook. I also received a lot of private messages and emails as a result. Even my son told me what he thought of the piece.

The reaction among the good men was one of shock and horror. Their general opinions prior to reading the piece was Well, yeah, of course I know this stuff happens, but it’s not that bad, is it?

The piece was a wakeup call for them; they came away realizing just how bad it is. Prior to read it they hadn’t meant to minimize the suffering, they just had not born much witness.

There is an aphorism: “absence of evidence is not evidence of absence.” These men were faced with overwhelming evidence that this happens. It wasn’t just the article that convinced them, but the women whose stories weren’t included in the article who echoed its veracity. Many shared it saying that they identified and could have written similar stories. The article was popular because it struck a nerve with so many women.

And that is what made it impossible for the good men to deny that it was as bad as they had been told.

Many apologized on behalf of their gender. They were disgusted. They vowed never to minimize this problem again and to call out sexism is whenever they saw it. There were some who had committed transgressions in the past who were ashamed and publicly confessed, vowing to never do such things again. Such confessions were met with support and gratitude.

Overall, the impact of the article on the good men is that it made them believe, and it got many to promise to take action to help fight the problem.

Alas, there were other men who did not react this way.

The Bad Men
After reading their comments I have no problem referring to these guys as bad men. A small percentage of awful comments came from women, as there are misogynistic groups on the internet who do have women supporters called FeMRAs, which stands for Female Men’s Rights Activist. They also go by the term honey badgers.

Just because a group based around hating women has women supporters doesn’t make it right. I won’t delve into the type of deranged thinking it takes to embrace a group that actively campaigns against your gender, race, sexuality, religion etc., but it’s happened myriad times throughout history.

The FeMRA Reddit group had quite a few negative things to say about my article. It is worth noting that not all the commenters are female (and it wouldn’t surprise me if many of those professing to be women are male pretenders). Here is another Reddit thread lambasting it.

The fact that Reddit had unkind things to say about the piece should come as a shock to no one, but what was more interesting was what happened on Facebook with those who “gently” tried to derail the conversation, making it about men. There was Kyle, who wrote in response to the article proclaiming that she doesn’t owe you shit: “Goes both ways. Remember that.”

That thread went on for about 400 comments before Kyle eventually deleted it (I took screen caps). Prior to deletion men and women both pointed out that this piece was about women and that trying to make it about men is like saying “all lives matter” in response to “black lives matter.” (It’s called derailment, and it’s not cool.)

Kyle got defensive; others went on the attack. Kyle tried to keep his cool, but eventually the truth of his character came out. He professed to not be MRA (he said he didn’t even know what an MRA is), but parroted a lot of their talking points and said it was impossible to have a civil discussion with feminists. Eventually, he started to write things like this:

It wasn’t just Kyle. There were many guys that started off seeming not completely assholish – they were somewhat politely trying to put forward a #NotAllMen or “What about the men?” agenda – but time and again, when these guys were questioned, their true nature came out. It usually took a few comments, but then guys like GA end up writing things like: “Go fuck each other Mike and James. Go suck each other off” and “It’s a PC discussion about the evils of men and White men … your article is prejudicial and a feminist lynch mob.”

William left a comment “And vice versa” in response to the title of the article, and couldn’t understand why so many were offended by his statement. He kept defending himself in a lengthy thread and calling those who explained why his comment could be seen as offensive “armchair psychologists” and “a bunch hyperbolic whiners who jump to conclusions” and “the harpy squad.”

William had no response to that critique.

Rick wrote in response to all the horror stories told in the piece: “They probably had it coming.”

Anthony, after calling the article “incredibly moronic,” wrote, “Radical feminists are asking men to stop complimenting them. Because the women who aren’t psychotic feminists, and who are truly strong, appreciate compliments. It’s you narcissistic bimbos that have a problem with it.”

Another powerful example was deleted by the author before I had a chance to screen cap it. He had left a comment that can be summed up as “What about the men?” and was called on it. He began reasonably hinged, but as the thread progressed he became increasingly unhinged. A lot of his comments were truly awful, going on about what horrible bitches all western women are, and that’s why nobody will fuck them anymore and all western men are sick of their shit and going overseas to find women who know their place etc. It’s only the beta-cuck-mangina-pussy-whipped guys who will “put up” with western women.

But what about the men? What about the problems they face from women? Here’s another comment left by Adam (one of the good men) on a separate sharing of this article:

“This article and the post asking for the stories were shared in a skeptics group that I am in, and they were both met with cries of ‘not all men!’ from all the dudebros, and some asking why no one asks about the abuse that men face. I started a thread in there asking for men to come forward about abuse they’ve faced, and almost all of it was abuse from other men, with only one or two who had been abused by women.”

Sure, bad things happen to men where the perpetrators are women. No one is trying to say it doesn’t and that we can’t talk about it in a different space. But these guys can’t seem to see a couple of clear things:

I’m not trying to get people to come out as feminists. It’s tough to publicly declare because the backlash can be fierce. What I’m asking people to do is not be in opposition. If you wish to sit on the sidelines, that’s your business; the big problems arise from active opposition.

I have never once encountered someone who publicly declared himself “anti-feminist” who wasn’t a clump of excrement. That’s an arbitrary and qualitative anecdotal example, but there it is. It is what I have witnessed.

It can be difficult to be part of a progressive movement that moves us forward as a species; there will always be those who fight back in order to preserve their positions of power. If you can’t bring yourself to be part of it, I’ll not judge.

Just don’t be a regressive dinosaur who stands in the way.