Electric Scooters are Terrorizing My City 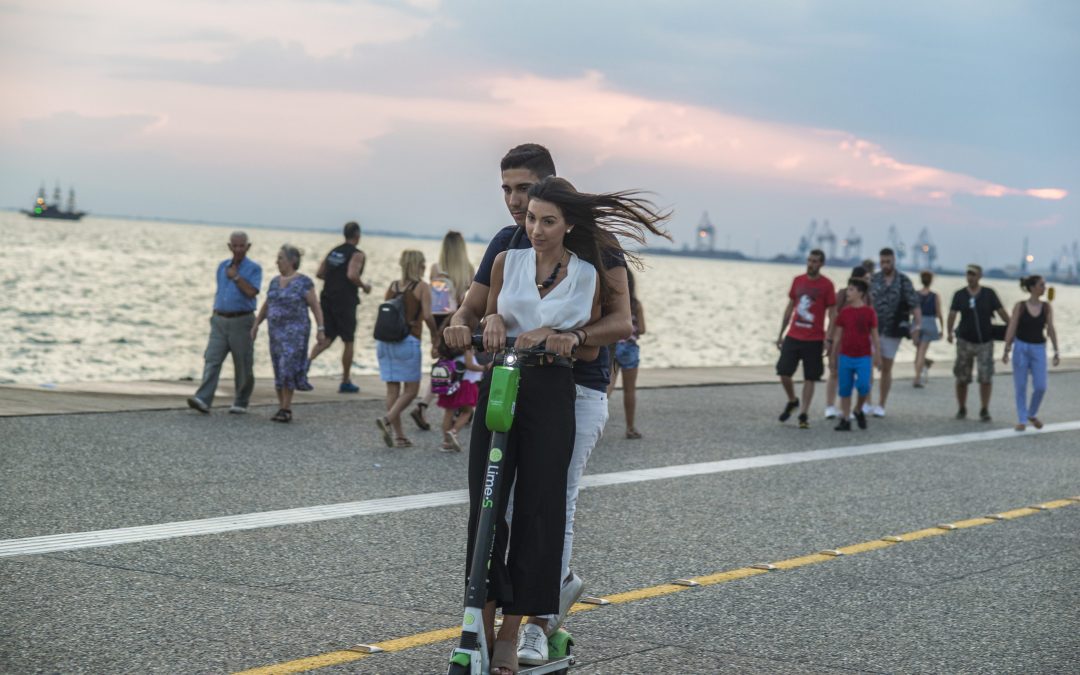 I live in a city that has one of the best bike path systems in North America, and since I’m a writer that means I get to use it lots because I can say that riding my bike is creative-thought time, so there.

Alas, yesterday’s bike ride was “I’d like to punch all these people in their sensitive bits” time.

I am a cyclist, which means you probably hate me. Hell, there are plenty of other cyclists I hate, but #notallcyclists, okay? As mentioned, I spend a lot of time on these bike paths, and I want to have a good time. I’ve discovered the best way to have a good time is to endeavor to not piss other people off and take personal responsibility for keeping myself and others safe.

As an example, let’s talk kids. If you hit a kid on a bike path, it’s a near certainty it was your fault. This is the #1 rule I live by.

I like to ride fast, so I go on lesser used paths during non-peak times. But when I come anywhere near a kid, I slow right down, give them as wide a berth as possible, and am ready to brake/swerve in an instant.

That’s because kids do dumb shit. And you must anticipate them doing that dumb shit. You must count on them doing it. If you’re passing a kid and they suddenly swerve in front of you and you can’t dodge, you deserve a lot of the blame because you weren’t anticipating that kid doing dumb shit. They’re pretty easy to avoid, because they’re going slow.

I’ve developed a variety of tactics for staying safe on the bike paths, be it around kids, dogs, dogs on those stupid long leashes, groups of pedestrians standing in the middle of the path paying no attention to the fact that cyclists also have a right to said path, blind corners etc. But I don’t know how to adapt my riding to compensate for these damn rented electric scooter drivers.

It’s a pilot programthat started recently in my city, but I understand they’re in cities all over.

The first time I saw them I thought, Those look like fun. I’d like to try that.

Then I heard complaints of an increase in hospital visits and shrugged it off as hysteria that was akin to when inline skates became popular about 25 years ago. Yeah, a lot of people got hurt because it was the new thing and they were unskilled. Broken tailbones and needing mom to wipe your ass for several weeks because you broke both your wrists. Or, worse, needing mom to wipe your broken ass.

My wife kind of broke her ass when she got her first pair of inline skates. I mean, we didn’t get it x-rayed, but her ass hurt for a long time.

There were also the complaints of people abandoning the scooters in the middle of pathways, and I thought, Well, there is no cure for being a dick. It’s not the scooter’s fault. Regardless, despite hearing these complaints, I have yet to see one left in a bad spot. People seemed to mostly be leaving them out of the flow of traffic.

But then yesterday happened, and I realized what is wrong with these scooters: They are incredibly over-powered.

These things are fucking fast, which is why when I first saw one, I thought it looked like fun. But I also have a LOT of experience controlling a small thing on wheels at high speed.

“bUt biKeS gO fAsT tOo!”

Yeah, by your own power. And most people learn to ride a bike at a young age, and they start slow, and build up their endurance, speed, and skill all at the same time. By the time someone can sustain on a bike the speed these scooters travel at, they’re usually a pretty good cyclist. What’s more, they’re more in tune with their vehicle because they’re using effort to control propulsion. And it’s not just dexterity, but knowledge of the rules of the road / path.

An electric scooter involves jumping on it with no skill or experience and hitting the throttle and suddenly you’re zipping along at a high rate of speed. And because you’re not expending any effort to make it go fast, you lose respect for the speed and instead chat away with your dumbass buddy as you ride side-by-side taking up the entire path around a blind corner and can’t handle a high-speed evasive maneuver that wouldn’t have been necessary in the first place if you weren’t such a fucking dipshit.

That’s the problem: These rookie fuckwits don’t understand the rules of the path or how to handle such a high-speed machine. And there isn’t any way for me to compensate for that like I do with kids / dogs / pedestrians. All I can do is swear at them after they almost caused an accident.

It’s a pilot project, so my proposal to make these things less of a menace moving forward is two-fold: