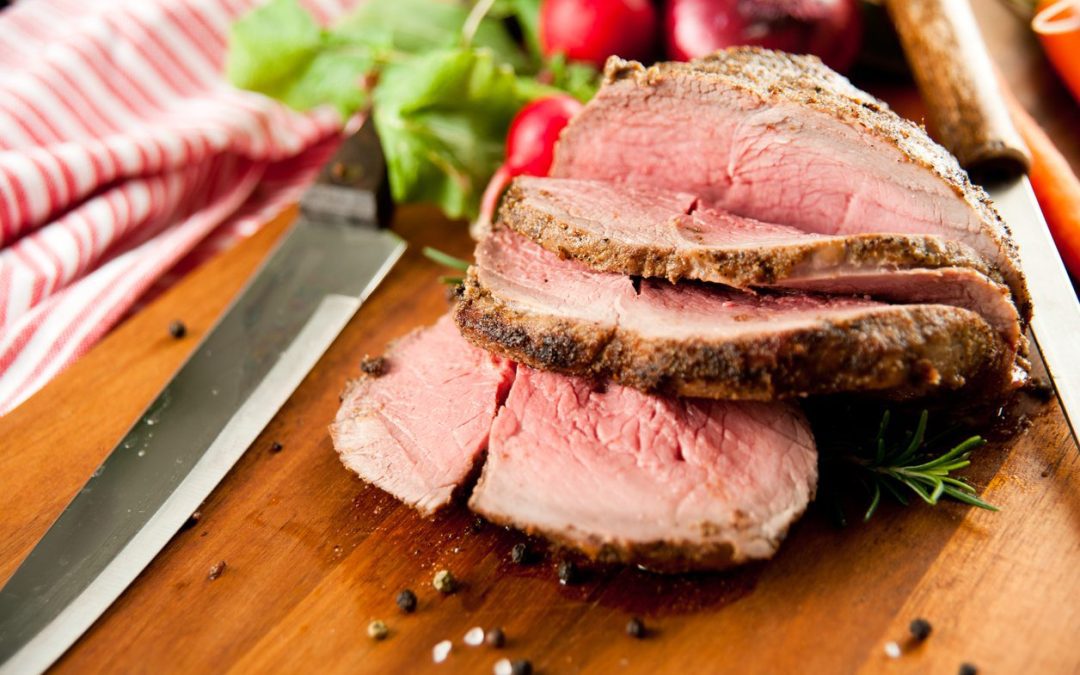 “This is not a restaurant. You get it my way or you don’t get it at all.”

I spoke those words about ten minutes ago as certain products of my and my beloved’s loins lamented the inclusion of vegetables in my chicken enchiladas. I’ll go along with cilantro being on the side, as I understand some have a genetic disposition to make it taste like soap that a stray dog in heat pissed on, or something, but I’m not cutting out tomatoes and green onions just because some kid thinks they’re icky.

I bring this up because, in my experience, people get more opinionated about recipes than they do about feminism. On the internet, at least. If I invited you to my house and made you my motherfucking lasagna, would you spend the dinner telling me everything I did wrong, and that this isn’t how your grandmother makes it? I mean, she rode the school bus with a couple of Italian kids and even talked to them once, so she knows best, right?

No, you’d eat the stuff and tell me it was good, because you’re not a total dick.

Alas, the internet is different. Not long ago I posted a photo of my Yorkshire puddings, for which you will learn the recipe on this page, and some proclaimed, “I don’t know what that is, but those aren’t Yorkshire puddings.”

Let me tell YOU something. My great-grandfather, Harrison Fell, was born and raised in Yorkshire Motherfucking England and if I say it’s a Yorkshire pudding, then it’s a goddamn Yorkshire motherfucking pudding. The fact that the recipe is my mom’s and she was born in London is irrelevant.

I have never once said I am a good cook and therefore your criticisms are meaningless. But if you have a little faith in my mediocre abilities, let’s create a red meat coma together.

Choosing the Motherfucking Beast
There is a standard poodle / golden retriever cross who lives up the street. His name is Charlie and this dog loves me. I could break into their house and steal everything and he’d be cool with it. This is because I always bring him my leg of lamb bone. The owners say they can tell when I’m bringing him a lamb bone because he has a certain bark / howl reserved for just such occasions.

I love that dog.

This recipe works the same (except for internal temperature) whether it’s a lamb leg or a beef roast, but there is one reason why lamb is amazing.

Motherfucking gravy. I make an awesome gravy, and lamb gravy is the best.

But beef gravy is good too. I prefer to choose a prime rib roast or a standing rib. All these cuts are expensive. If you know a way to make a cheap cut of meat taste like prime rib, go big. Considering the time investment in preparation I’m not gonna fuck around to save $15.

Coating the Motherfucking Beast
I’m not real big on precise measurements unless it’s for baking. You can wing this part. Here is what you need:

Just like I won’t shame people for using pasta sauce from a jar, I likewise won’t shame you for using dried rosemary. But if you can get the fresh stuff, do it. Cuz better. Chop it up pretty good, but don’t get too carried away.

Mixed the shit out of this stuff and create a paste. Put the beast in a big ass cooking dish with the fattiest side up. Use a silicone spatula to spread it around the beast as much as possible. Oh, shit. I was supposed to tell you to preheat the oven to 350. Sorry.

Grind some black pepper on top and it should look like this. I mean, if you went with the lamb leg it looks like this. By the way, I always name lamb legs “Orlando,” because Legolas / leg o’ lamb … never mind.

Add about a half inch of water to the bottom of the pan. If it all boils off you’ll want to add a bit more. By the time it’s done you want a layer of liquid in the bottom that is at most a quarter inch deep. This is muy importante.

You’ll need a meat thermometer. Stab it deep. If you’re cooking beef take it out when it hits 140, but if it’s lamb cook to 165.

But don’t just focus on the beast. You need to be doing other important shit while it’s cooking. Such as …

Preparing the Motherfucking Yorkshire Pudding
Dammit. I was supposed to tell you to do this a long time ago. Well, hopefully you’re reading well in advance, because you need to do this a good four hours before dinner.

Make the batter early and put it in the fridge for at least three hours. That increases the likelihood you get puffy and not pucks. Do it.

I know olive oil is a super food, or some David Avocado Wolfe bullshit, but you DON’T use olive oil when making yorkies. The reason why has to do with its smoke point. You need to get the oil screaming hot and smoke detectors give me a migraine. Just FYI, having your olive oil smoke probably doesn’t cause cancer, but canola oil is a much better choice for this job.

I have seen some recipes that recommend you use the pan drippings from the beast to cook the Yorkies in, and that is the worst fucking idea in the history of culinary creation. The reason for this will soon be made clear.

Start off preparing this recipe by bitching to Craig. Because, as history shows, if you bitch to Craig about having a shitty quality dish for cooking these suckers where they always get burnt to the bottom, he will buy you a very nice, thick one for Christmas and then that won’t happen anymore.

Because Craig likes yorkies almost as much as he hates your whining.

In the bottom of each cup pour just enough canola oil so that it slowly spreads to cover the bottom. When the beast is getting close to being done crank the heat up to 450. When you’re about 5 or so minutes from taking the beast out of the oven, put the pan with the oil in it in the oven with the beast. You want that oil to get screaming hot. The temp needs to be at 450 by the time you put the oil-filled pan in.

Here is what you need:

Use a whisk and only whisk it enough to get the lumps out. It should be smooth, but do not over whisk it. Again: fridge for about 3 hours. Don’t take out of fridge until the pan is ready. Give it another quick whisk.

It’s a “Well, duh!” that you should be wearing some high-quality oven mitts.

Pour 1/12 of the mixture into each cup and do it fast. How much is 1/12th? It takes practice. Sometimes you end up with only 11 yorkies, in which case it sucks to be you. Fill them about 2/3rds of the way up.

Again, be fast. Fill the cups and put them back in the oven (again: should be at 450) and start the timer for 15 minutes.

Turn the oven light on so you can see what’s happening. Do NOT open the oven door until it’s time to take them out. When they look like this, they’re done.

And everything else should be done as well. Yorkies are the very last thing. All the other dishes should be on the table just minutes before, and then the yorkies come out and it’s time to chow down.

Let’s talk about the other shit you should have been doing while the beast / yorkies were cooking.

Other Motherfucking Dishes
Mashed potatoes are good. Keep the skin on. Add in some butter, a bit of milk, and about a teaspoon of horseradish. You want them to be done just before the beast is because you’ll be busy doing other stuff. SAVE THE WATER.

When draining the potatoes do it into a measuring cup in the sink.

The potatoes will probably cool a bit by the time the yorkies are ready, so feel free to pop them in the nuker for 45 seconds prior to dinner being served.

And maybe do some carrots / asparagus or whatever too. You can figure that shit out.

Motherfucking Gravy
This is why you don’t make yorkies with pan drippings.

Take the beast out of the pan and put it on a serving plate. Cover with tin foil. Pour the drippings into a medium sized pot. If you made lamb, the gravy is going to be outstanding as opposed to merely “excellent” if you cooked beef.

You’ll need at least two (or three, because you can never have too much gravy) packages of gravy mix. I prefer McCormick International brand. Throw in the packages with the drippings and whisk in an appropriate amount of the potato water to a little less than desired thickness.

If you’re drinking, throw in a small splash of red wine.

This part you must do: Add in half an ounce, or a wee bit more, of Drambuie.

When the yorkies have five minutes left, transfer the beast to a cutting board. Take the juices than ran off into the serving plate and pour into gravy. Whisk some more.

Serve those Motherfuckers
Carve the beast up quick and put on the table with tin foil on top to keep warm. If you have lots of people over, then it’s best to have two gravy boats because people don’t like to be kept waiting. Again, the last thing you do is take the yorkies out and put them on the table. The second last thing you did right before the yorkies were done was remove the gravy from heat and pour into boats.

The yorkies should collapse a bit in the middle, which is also known as the “gravy hole.” That’s what yorkies are; gravy delivery devices.

If you’re me, listen to your wife moan with pleasure as she eats yorkies.

And if it was lamb you served, don’t forget to give Charlie the bone. Because he’s a good dog.