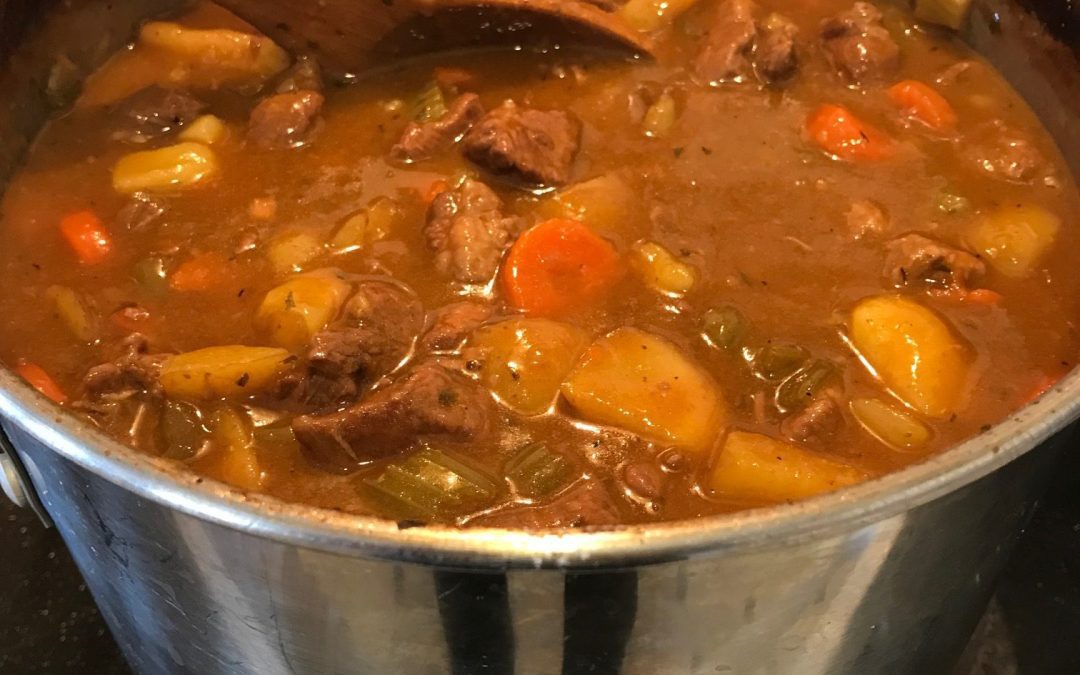 I looked over the edge of the cliff and said, “You first.”

This was uncharacteristic. I am usually the one making the first leap into dumbfuckery, with Craig reluctantly following. He pulled a flask from his jacket, took a long pull, and said, “Okay.”

We didn’t target the cliff on purpose. I’d seen it many times from the Standish Chair at Sunshine Village Ski Resort, looking at it and saying, “One day …” to which Craig would usually reply with, “You’re on dope.”

To clear the rocks, you need a good push. It’s about a 20-foot drop. Weak by Warren Miller standards, but no one ever asked me to be in one of his movies. 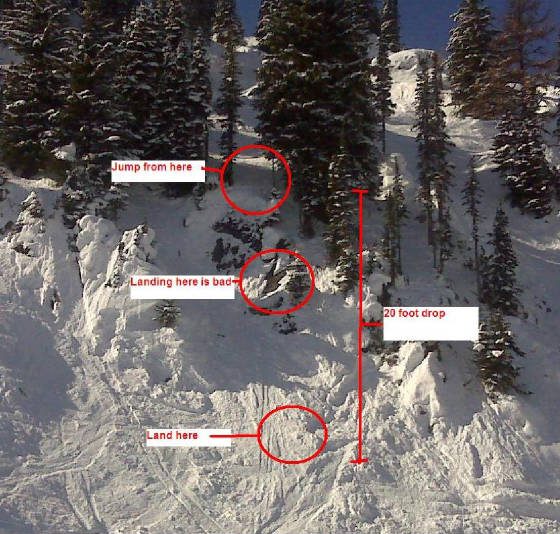 On this day, the powder was mid-thigh. We were skiing some trees and found ourselves atop the cliff. It’s far scarier looking down from the top. I never expected Craig would do it, what with all those knee surgeries, but he did.

And it was a legendary yard sale, submarining under the ample snow and leaving skis, poles, and even clothing in his wake. I yelled down, “Holy shit! Are you okay?” Amongst the discarded equipment an upraised thumb appeared out of the snow, then a head. “I’m good … Go for it!”

Bastard. He dragged himself and his stuff out of the way. People from the Standish chair called at me to jump. There was no chickening out now.

I think I almost pulled it off too, but I sunk deep into the ample powder, lost one of my skis, and that was it: Yard Sale Two-Point-Oh.

That deserved a beer.

We went to the Chimney Corner lounge for lunch and something was terribly wrong. They had changed the menu. I was reminded of a scene from the midlife crisis cattle drive movie City Slickers where Cookie explains of his cuisine: “You ain’t gonna get any nouveau, amandine, thin crust, bottled water, sautéed city food. Food’s brown, hot, and plenty of it!”

That’s what we wanted. After a morning of skiing our asses off, we wanted lots of hot and brown stuff for shoving into face holes. Instead, everything on the menu had changed to amandine thin crust bullshit. Dafuq? Did they think we just finished a fucking water aerobics class? I wanted a big bowl of hot fucking stew and a mega slab of bread to fill my gullet and fuel me for the afternoon.

I did end up sending a colorful letter of complaint to the hotel manager, who changed the menu back to something more “I’ve been skiing all day” friendly the following season. He even bought lunch for Craig and me the following year by way of thanks.

Alas, some time later there was a confrontation between ski patrol and the owner’s son, who was skiing with his friends in a closed area. It turned into quite the shitshow where I became disenchanted with the way the owner’s conducted themselves (that’s my nice way of putting it), and since then I’ve preferred to take my downhill business elsewhere.

I should probably get to the motherfucking stew recipe. Stewbie Doobie Do. Stewage. Stewie Griffin. Skip to my stew my darlin’.

Years ago, I bought a slow cooker and tried a couple of recipes found via the internet and was wholly unimpressed. It didn’t have the rich stew flavor I was after, nor the right consistency. After a few pots of mediocre stew, I finally decided a wholehearted fuck it was in order. Never would I be able to replicate a fine lamb stew the likes of which you can find at St. James Gate pub in Banff.

But that mindless net surfing tho.

I think it was Facebook. Who am I kidding? It was almost certainly Facebook. I saw an article with a title that was something like “Canadian Living Magazine’s Top 25 Recipes of All Time.”

That sounded promising. One of the first ones was for a beef stew. I tried it, and damn, but it was good.

Except for the fucking cocktail onions. Everyone universally hated those. I’ve tweaked the recipe a few times since I first made it, and the first thing to get punted was the damn cocktail onions, because blech.

Also, no peas. I guess stew is supposed to have peas, but my son is allergic, and they get all mushy anyway, so fuck peas.

Before we get into the recipe (finally), allow me to draw attention to a piece I wrote titled “An Open Letter to People Who Can Shut the Fuck Up.” There is a section in there about recipes. I don’t pretend to be a good cook and I don’t give the smegma on a snot otter’s balls about what you think is “wrong” with my recipe. Ignore it. Make it. Change it. Don’t care. 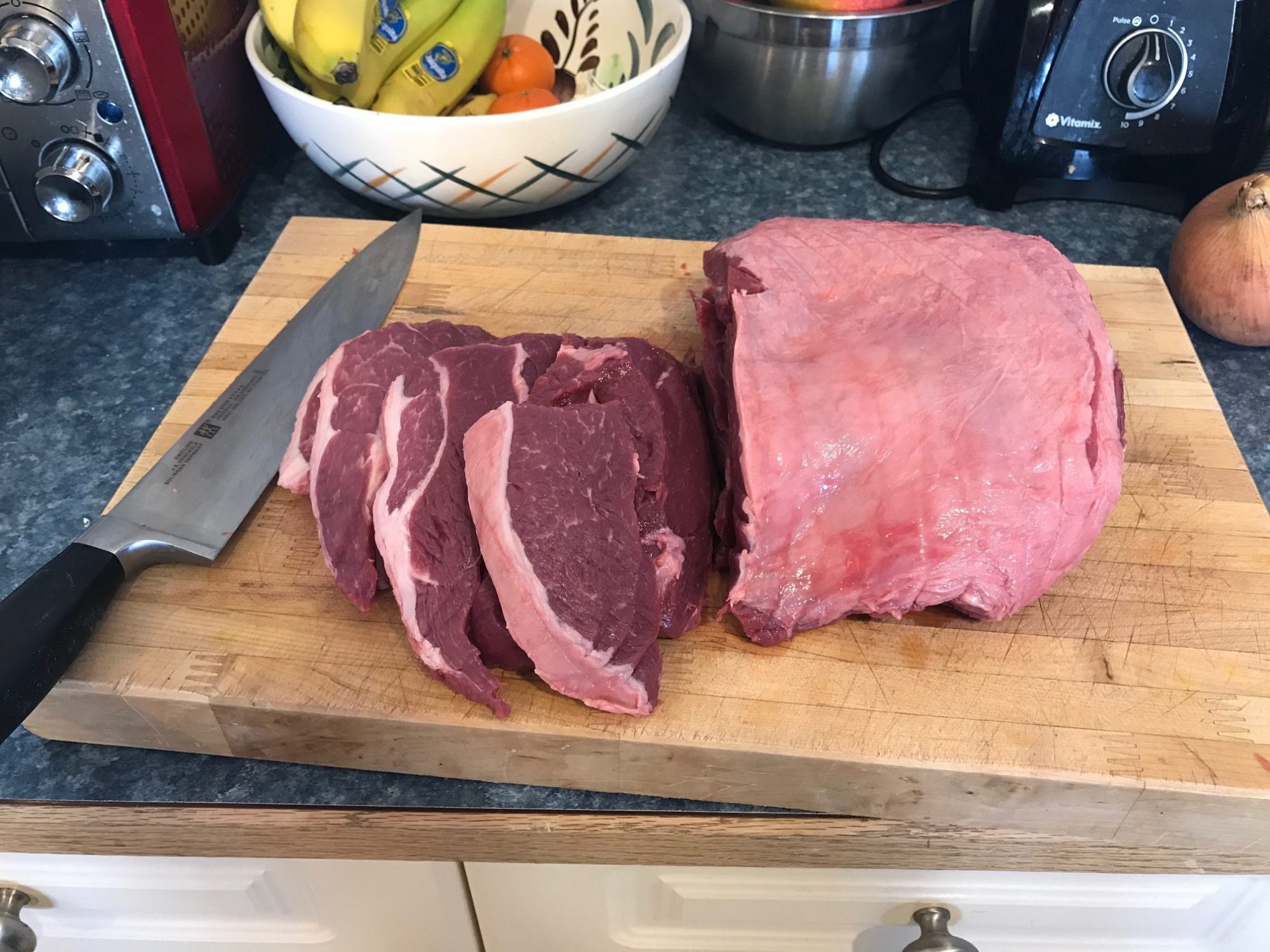 I use beef and lamb interchangeably. My friend Elizabeth is a chef and she suggested toasting some barley when making lamb stew, and that sounds nice, but I forgot how she told me to do it and when to put it in and it’s still good without the barley but maybe one day I’ll try it and put an addendum on here about it. In the meantime, I make it the exact same whether it’s beef or lamb.

Lamb is so much better though. It’s also expensive as fuck. Some people said “use lamb neck” because it’s cheap and has lots of connective tissue shit that disintegrates and is yummy and whatever. First off, you’re not really selling me on the “connective tissue” part. Second, I have never seen a lamb neck for sale, and I can’t imagine going to my local sheep farmer and pointing at Dolly and saying, “Gimme the neck on that one.”

I use leg of lamb, but only when it’s on sale. Recently I was at Costco and they had boneless legs from Australia on sale super cheap. It was so good I should have bought two.

When using beef, top sirloin is definitely best, but can also be expensive. Solution? Wait for it to go on sale. There are often times it’s on sale as cheap as the cheap stuff. So that’s my usual go to.

However, I’ve also made it with cheap cuts like inside or outside round, bottom blade etc. What I do with those is cut them into slabs, then take a hammer and beat them like they owe me money, then cube them. It helps. You may need to cook the cheap meat longer to get it to be more tender.

Okay. You ready? This is a bit of an ordeal, which is why we’re making a shit ton. Because it doesn’t take a lot of extra effort to make twice as much. When I make it, my family of four (that includes two active teenagers) gets to stuff its faces two nights in a row, and there are enough leftovers to freeze for a third night. Do the math: Three nights worth of cooking done all at once. Hooray!

You need a big-ass pot. The one I have is 6L and is shown in the feature photo. And it must have a lid. If you don’t have a pot this big, get one. If you really don’t want to get one, adjust the recipe accordingly. Because when it comes to stew, I only do it big.

Motherfucking Cooking Instructions
Get a big ass bowl and put in flour, salt, and pepper. Mix around.

Cube that beef all up. Put in bowl and toss thoroughly until coated.

Get a big ass frying pan and set on medium heat. Melt half the butter and add in about half the olive oil. Toss in half the beef and brown it. Use a slotted spoon and moved browned beef to the pot. Add a bit more butter and olive oil and repeat with second half of beef, then remove to pot using slotted spoon to keep juices behind. You may wish to put the lid on the pot and make a crack, then pour juices from pot back into frying pan.

Add the last of the butter and olive oil to frying pan and cook celery and onion for five minutes.

Add can of tomato paste and the crushed garlic and cook for two minutes.

Take everything that’s in the frying pan and transfer to your big ass pot. Heat oven to 350.

Add everything else: the potatoes, carrots, some thyme and parsley (Who cares how much? Just eyeball that shit.), bay leaves, broth, and Worscestershire.

If your pot is the same size as mine (6L), it’s gonna be damn full. You’re going to want to have added enough beef broth that it’s slightly soupy. Bring to a boil on the stove top while giving a good stir to make sure everything is all mixed together well. Try not to break the bay leaves apart because people hate that.

Remove from stove top, PUT ON THE LID, and put in oven for two hours.

After two hours. Take off lid and give it a good stir. Eat a piece of the meat and see how tender it is. If you’re making the mega pot like I suggested, it may need a little longer with the lid on. Or, if you’re using cheap-ass beef it will need longer. Like, maybe another 45 minutes or an hour (again: with lid on). If you cut the recipe in half because you’re a wimp, you’re going to want to check on it earlier than two hours.

Anyway, you cook it with the lid on until the meat is tender. Then you take the lid off and cook for another 30-40 minutes.

You’re going to take it out of the oven and look at it and say, “Dafuq? James lied. This doesn’t look like stew. It’s all runny and shit. I am disappoint.”

Never fear, grasshopper. There is one last key ingredient that brings in the awesome. Take a couple tablespoons of flour, and stir it in. DON’T OVERDO IT. You can always add more flour, but you can’t take it out. Add little bits of flour until the stew achieves the gravy-like consistency you desire.

You will likely want to add some salt. It’s probably best to let people add salt themselves in their own bowl. Maybe a bit more pepper too. Get some soft buns, butter them up and serve with the stew.

Congratulations. It’s brown, hot, and plenty of it. Cookie would be proud.

Oh, shit! Almost forgot. Find the bay leaves and throw them out. Duh.